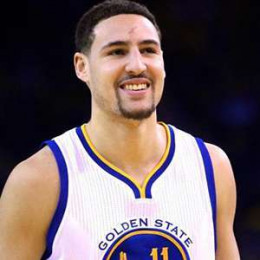 A professional basketball player for the Golden State Warriors of the National Basketball Association (NBA), Klay Thompson s credited as one of the greatest shooters in NBA history.

Klay Thompson is possibly single as of now but previously he was in a relationship with Hannah Stocking, a model, and television personality. Thompson reportedly cheated his girlfriend, Hannah also claimed that she found Klay in bed with a ‘groupie.’

Klay Thompson holds a net worth of $38 million as an NBA player.

Klay Thompson won gold as a member of the Under-19 national team at the 2009 FIBA Under-19 World Championship. On 26th January 2016, he has named a Western Conference All-Star reserve for the 2017 NBA All-Star Game. On 31st October 2014, Thompson signed a four-year contract extension with the Warriors.