Home Article "Last Chance U" Star Brittany Wagner's Married Life With Husband Mark White: Are They Still Together? Know About Their Children.

"Last Chance U" Star Brittany Wagner's Married Life With Husband Mark White: Are They Still Together? Know About Their Children. 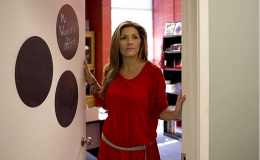 The EMCC academic advisor and life coach Brittany Wagner worked as an academic counselor for more than a decade at the NCAA and NJCAA levels. Being the major part of EMCC for more than 10 years, she received a chance to perform in the hit Netflix documentary series Last Chance U and became an instant sensation.

Besides Brittany Wagner professional success, are you guys interested to know about her married life and family? Who is her husband? Let's get all the details below:

Brittany Wagner was married to her boyfriend Mark White who is an Eastern Mississippi basketball coach. The pair is blessed with a daughter named, Kennedy Grier, 8. Her husband has a son from his previous relationship named Cade. 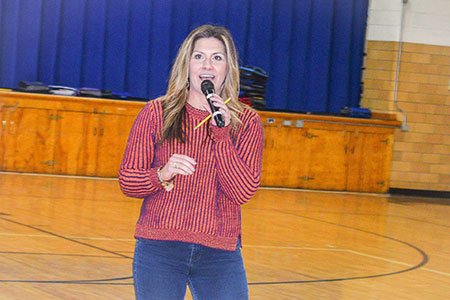 Information regarding their divorce is still a mystery but it is confirmed that Wagner is raising her daughter as a single mother in Mississippi.

Day 1: Magic Kingdom  ... we had a blast! @waltdisneyworld #mickeymouse #magickingdom

As she is regular on Instagram with 76.5k followers, she frequently posts images with her daughter but she barely posts an image with a man suspected to be her man. Hence, it's pretty clear that she's not living with her husband White and that the couple is definitely divorced. Wagner's estranged ex-husband, Mr. White also keeps his profile on the low, especially since he split from Wagner.

You May Like: First Wheel-Chair Using Model for the "Toni & Guy" Muniba Mazari Sued By her Ex-husband in 2017. What is She Doing These Days?

Are you guys excited to see her with a new boyfriend? Let's hope for the best in the upcoming days. As of November 2021, it seems like Wagner is still a single mother who has no intention to mingle. Whatsoever, the life coach is blessed to be living a fun life with her daughter.

Wagner received wide attention from her fans as the EMCC academic advisor appeared in the two seasons of Last Chance U.

Before fame, she worked as a catering sales and marketing director with the restaurant chain Newk in Birmingham in 2017. She wrote via a Twitter post:

"This has been a very tough decision to make, but I have decided to leave East Mississippi Community College and my home here in Mississippi to pursue another career opportunity. For 8 years I have been where I felt I needed to be. But the time has come for a life change."

"I will forever be better for having worked with the student-athletes of EMCC. I am beyond grateful for that opportunity. I consistently ask athletes to let go of the fears in life and go for it- and now I am reminding myself to do the same. It is Kennedy and my time to soar. We are so excited about our new adventures. And yes, we have our Pencils!"

Later, she started her own consulting company called '10 Thousand  Pencils'. She works for both students and schools providing programs and helps students to succeed.

Last Chance U is an American documentary TV series on Netflix. The show features several collegiate athletes whose life is full of struggles and trouble. The show premiered with its third season on 20th July 2018.