Home Article Meet Marjorie Bridges-Woods; wife of Steve Harvey. Couple got married in 2007 and is raising seven children together

Meet Marjorie Bridges-Woods; wife of Steve Harvey. Couple got married in 2007 and is raising seven children together 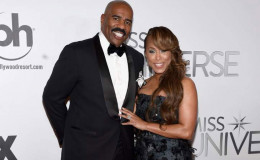 After two marriages and two divorces, the famous American comedian and popular TV personality, Steve Harvey is finally living a happily ever after with his third wife, Marjorie Bridges-Woods.

The powerhouse couple has been together for almost a decade without any divorce or affair rumors and we really hope that this couple would definitely stay together.

So, it's actually possible to find your soul mate after making mistakes and going through painful divorces. The key is to never give up on love. Hence, today's let's take a moment to appreciate this wonderful couple's love and commitment in today's section.

The 60-year-old Steve never thought that he would ever be this happy until he met his beautiful and lovely wife, Marjorie Bridges. The couple made it official, organizing a grand wedding on June 25, 2007, at Maui, Hawaii. 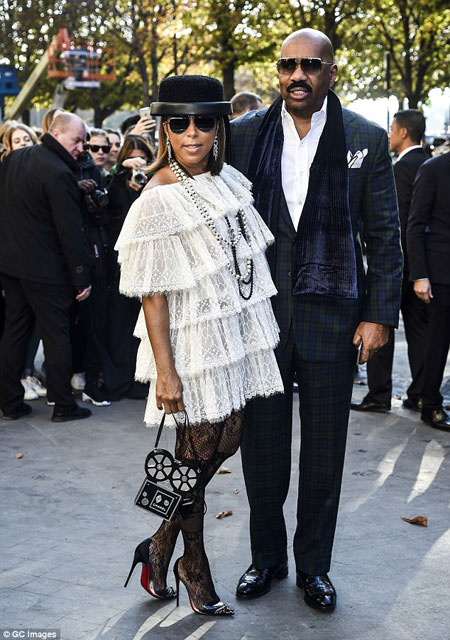 But before continuing on to this lets first find out how this wonderful couple first met.

Steve met the love of his life, Marjorie at a comedy club

Steve was already making big in the Hollywood with his brilliant comedy acts and stand-up gigs. So, on one of his show, hosted by a comedy club at Memphis, Steve laid his eyes on Marjorie for the first time back in the 1990s. 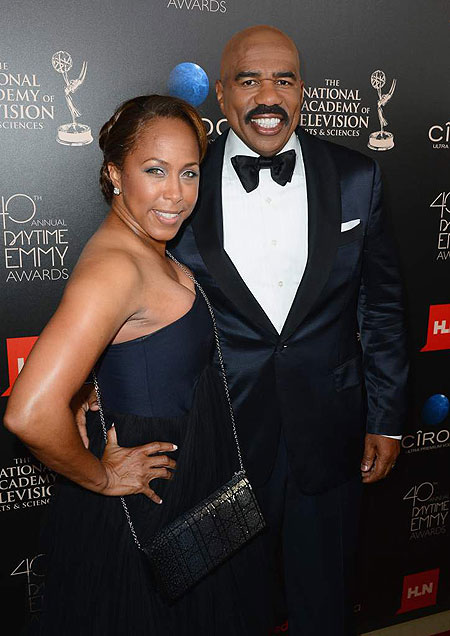 Steve was so impressed with Marjorie that he even declared that she would be his wife someday. However, their first encounter could not lead to anything big as they moved on with their lives separately.

Moreover, only after few years, these love birds united to rekindle their romance and got married in 2007. 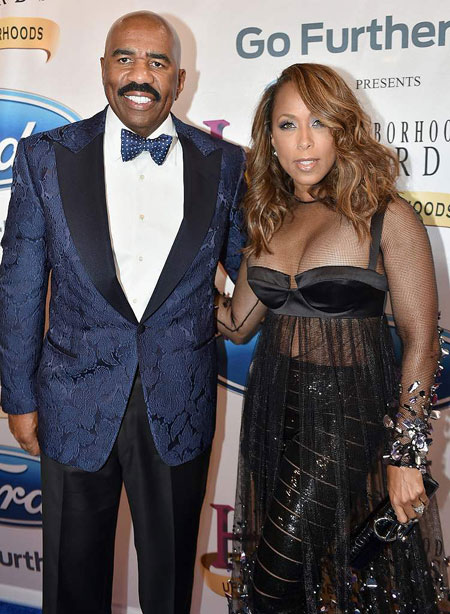 Ever since, the perfect couple has been together, never apart, attending all the major events and shows, side by side.

He first walked down the aisle with then-wife, Marcia Harvey back in 1980's. The former couple gave birth to three children, twin daughters named Brandi Harvey and Karli Harvey including one son, Broderick Harvey Jr.

The marriage ended in divorce and Steve went on to marry his second wife, Mary Shackelford with whom he has another son, Wynton Harvey. 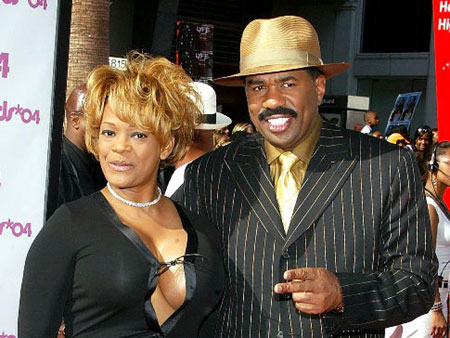 The couple got divorced in 2005, followed by a huge controversy on how Steve cheated on Mary and accused him of infidelity.

She released a YouTube video stating that he had affair with Marjorie when they were still married. Steve had too many mistresses and Marjorie was one of them. However, Steve denied all the allegations and accused

However, Steve denied all the allegations and accused Mary of false accusations.

After the divorce and the scandal, Steve moved on with his leading lady, Marjorie. Marjorie has three kids from her previous marriage and his net worth is estimated to be $100Million 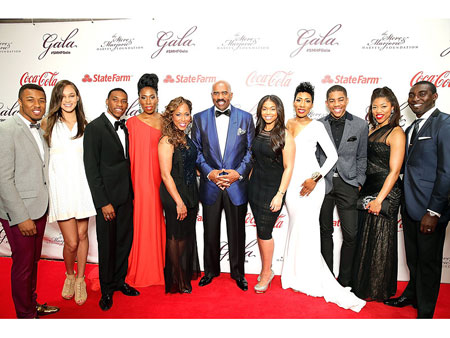 She works as a fashion blogger, The Lady Loves Couture and attends several high profile fashion weeks including Paris and Milan's Fashion Week.

What an unforgettable day! Much love to my #DGfamily! Head over to my blog theladylovescouture.com to see images of my family on the @dolcegabbana runway! #harveyfamily #blessed @theladylovescouture @robertector

Marjorie is a working mom and spends as much time with her children and family. Her daughter Lori Harvey is now a fashion model and she spends most of the time with her mother doing fashion shows.

All in all, we wish this powerhouse couple immense success in their future and hope they remain together as a big happy family.