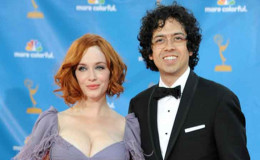 Often people do not believe in love at first sight and skepticism is understandable. However, sometimes the affection gets so strong at first glance - you can't help believe it's real.

Christina Hendricks certainly knows a thing a two about falling in love with a man at the first sight of him. The key is whether the love blossoms into something more meaningful and amazing. Luckily for Christina, it did.

Let's have a look at the blissful married relationship of this delightful couple, including their plans for children.

Christina Hendricks is married to her husband Geoffrey Arend since October 17, 2009. The wedding took place at II Buco in New York City. At the ceremony, the bridesmaids were dressed in vintage while the pair selected "Origin of Love" for their first dance. 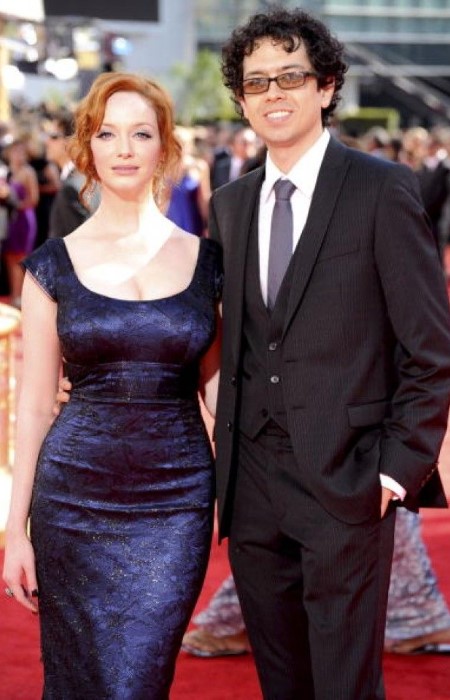 Earlier, the couple met thanks to the actress' co-star named Vincent Kartheiser who played Pete on Mad Men. Kartheiser introduced Christina and Geoffrey to each other at the Magic Castle, a private club in LA.

"[We met] through Vincent Kartheiser, who plays Pete Campbell in Mad Men. Vinnie invited several friends to a place in LA called the Magic Castle – me being one."

"Geoffrey walked in and I was like, ‘Who is this guy?’ He had amazing hair and was all disheveled – he was running late and everyone was waiting for him. He just came in with this very high energy."

Christina was already fascinated by the man and she wasted no time to get his contact number. She further revealed they both had gone through recent breakups at the time.

Also See: Fixer Upper star Joanna Gaines Admits Having a Celebrity Crush and It's Not Her Husband Chip Gaines

The actress added Geoffrey was charming, funny and very magnetic. She made her move initially claiming to just be friends but googled him that night as soon as she went home.

The pair subsequently dated for three years before taking their wedding vows. Hendricks' sensuality was noticeable during her stint on Mad Men, but apparently, it's her husband who saw her sexy side first.

During an interview with Health, Christina revealed:

"Ha! Whenever we see something about it, he always says, “I told you from the beginning. I’m the one who called it first.” So he just wants a little credit. Really, he’s sweet and he’s happy for me."

Meanwhile, the couple is involved in the same industry and it is one of the biggest reasons for their amazing relationship. Christina reckons her husband appreciates her whether she is home and comfortable or when she's all dolled up and going to the party.

Arrend feels the same way. Speaking of the secret to their happy marriage, the actor said:

"We didn’t see each other for two-and-a-half weeks. That kind of thing happens sometimes, but we have a two-week rule. Two weeks can’t go by without us seeing each other, and that’s helpful for the mind and heart."

Geoffrey is talking about the fact that merely a day after their wedding, the couple both had to travel to different locations due to work commitments. Christina went to Atlanta while he went to Toronto.

The charming pair is carrying a 'two-week rule' ever since - two weeks can't pass without them seeing each other! No wonder they look a delightful couple!

The Adorable Couple Does Not Want Kids

It's not often you see a pair being reluctant to expand their family with cute little babies, but this adorable duo definitely feels different. 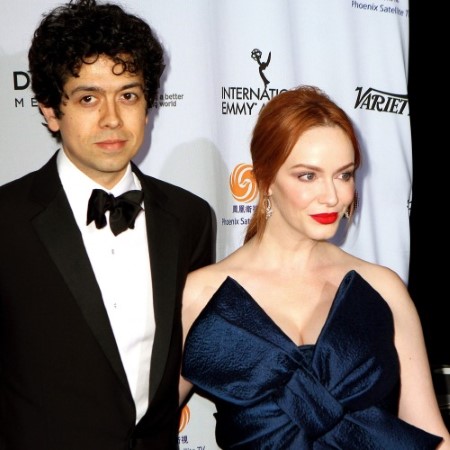 Speaking on her plans for children, Christina said:

"We’ve decided that we are not really interested in having children. It seems like it’s expected that you’d want to have kids."

“It’s just very normal for people to say, ‘Well, when you guys have kids…’ And then when I say, ‘Actually I don’t think we’re going to do that,’ people will say, ‘Oh, you say that now…'”

Christina added it doesn't bother her while admitting there's a small chance she could change her mind.

Meanwhile, the couple shares a cockapoo puppy to keep them busy. Christina says they named her Zuzu after a character in It's a Wonderful Life, and she claims it's like their baby.

In 2017, Hendriks talked about her decision to go public with her plans to be childless. She revealed it has won her high praise from others who feel the same way.

Get To Know More: The Big Bang Theory's Johnny Galecki is Expecting a Baby Boy with girlfriend Alaina Meyer; Know More About their Relationship

The actress is thanked by people for her honesty, subsequently breaking the taboo surrounding couples who choose not to have kids. 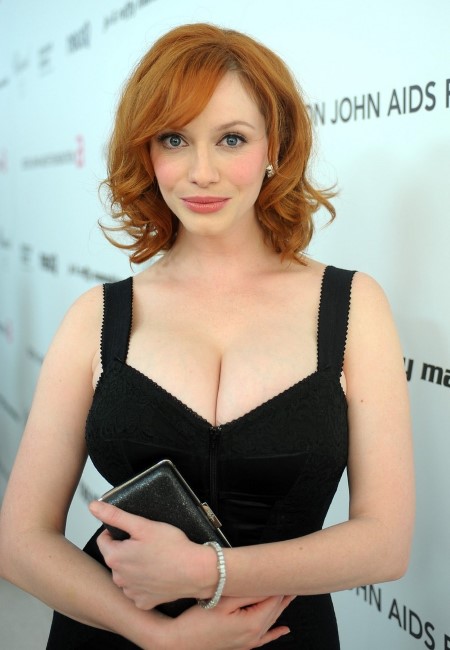