Youtube star PewDiePie recently engaged to Marzia Bisognin. Most subscriber Youtuber of all time. Know About his relationship and controversies.

Rising to the fame by making video game videos is just whole other level. Everyone knows the most subscribed YouTuber who is best known for sharing his daily vlogs and making funny videos, Felix Arvid Ulf Kjellberg, professionally known as PewDiePie.

The star has been romantically linked with his one and only fan-turned-girlfriend for a long time now. Felix recently got engaged to his beloved fiance. Has he made any future plans with her? Let's dig deep into the couple's newly engaged life.

YouTube Star PewDiePie Is Romancing For A Long Time Now; Know About His Relationship

PewDiePie rose to fame in no time by making videos of his daily activities and video gaming. He is romantically linked with his long-time girlfriend Marzia Bisognin who is a fellow named as CutiePieMarzia on YouTube She generally makes videos related to fashion. 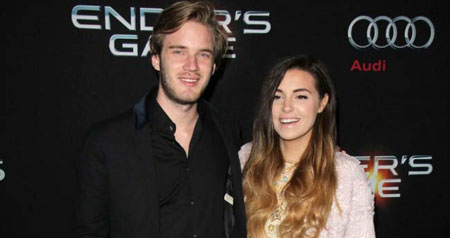 The pair has been dating since late 2011. Marzia's friend Diazo watched Felix's video and suggested her to watch it. Marzia was so impressed by the videos that she wrote to him via email that how funny he is and enjoyed the videos.

Feliz, on the other hand, reached back to her and so the communication began through facebook. Felix traveled to Italy several times to visit Marzia at the time she lived in Italy.

The couple was so into each other they started visiting each other several time as Marzia also went to Sweden to live with him for a period of time until Felix moved to Italy where they both lived in Marzia parent's house.

Had a great weekend in sweland

The couple traveled abroad several times since then. They once went to the United Kingdom to vacation for about 4-5 days in 2013.

They were so obsessed with the place that they currently reside there with their pugs Edgar and Maya. He also said they moved to England because of better internet connectivity and because he isn't well known there.

The couple got engaged recently and Marzia posted a picture oh her Instagram on April 27 confirming Felix has put the ring on it.

The pair is living a blissful life as they both work in the same field and understands and support each other professionally. Let's hope to hear some good news about the couple in near future.

The biggest star of Youtube caused himself some sort of trouble after paying some performers to dance while displaying a banner saying, "DEATH TO ALL JEWS".

Using the website Fiverr which allows people to buy a service for $5, he jokingly asked the duo to perform the stunt and display the message.

They call themselves 'funnyguys' and will paint any message on their body or act as however one orders in exchange for money while dancing in the jungle.

He later published the resulting clip on his YouTube channel. Though some fans found the clip funny, some were very offended and said the star had gone too far. PewDiePie later apologized in the video but still gave the performers a five-star rating, don't know why.

He said in his video,

"I am sorry. I didn't think they would actually do it. I feel partially responsible. I mean I've got to give them five stars for an outstanding experience because at least they did what I asked. I don't feel good. I don't feel too proud of this, I'm not gonna lie.

'I'm not antisemitic, or whatever it's called, okay so don't get the wrong idea. It was a funny meme, and I didn't think it would work, okay. I swear I love jews, I love 'em. I am so sorry. I don't know what else to say."

Not only this, before some days of that video he uploaded a non-gaming video in which he uses the racial slur, "nigga" for which many of his fans were offended. 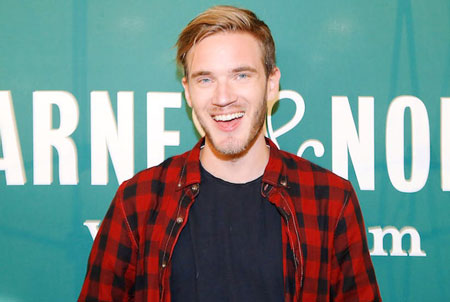