Youtube star Jake Paul is currently dating Erika Costell. He previously dated Alissa Violet. He is the brother of Logan Paul. Founder of Team 10. Know about his personal life.

Rose to fame from his Vine videos, Jake Paul is a social media star is one of the rising stars on the internet. The famous YouTuber is a leading social media star with his Team 10 and is involved in different fields including boxing.

The star appears with several women on his videos and many rumors spread that he is dating someone. But who is the lucky girl? Well, the star shares his life on his social media but one keeps some stuff hidden rather than bringing it out the to the public.

His fans are dying to know what he is up to and who is he seeing. So let's take a glimpse about his personal life so far.

YouTube Star Jake Paul Dating Someone? Know About His Relationship

You would probably know famous American actor and Youtuber, Jake Paul who rose to fame by making videos on Vine and YouTube and came into the limelight after playing the role of Dirk on the series Bizaardvark by Disney.

Looking at his social and personal life, many girls want to be with the rising star. Taking a closer look at his love life, he was rumored to have dated Erika Costell as he keeps appearing on videos with the lady. 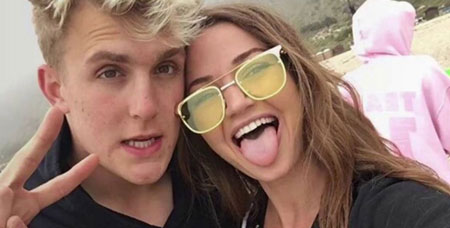 Erika is an Instagram model and is a national champion cheerleader and resides in LA. She became the Youtube star when Jake gave her a shoutout on his video which gained her over a million subscribers overnight.

Jake and Erika aka Jerika have filmed a lot of videos about their relationships and even one where they got married but just for the cameras. He said,

"We’re not even actually dating. It’s like the WWE, People know that’s fake, and it’s one of the biggest things of entertainment."

There is even a Jerika song which got over 27 million views on his channel. They were not dating at past and were just friend.

Both Jake and Erika did develop a feeling for each other as time passed by. Being best friends for a long time and now being officially couples, the pair is having a great time in their life and enjoying their life full of joys and making videos. Let's hope to hear some more good news in the near future.

Talking about Jake's previous relationship, he was involved with Alissa Violet whom he worked with on a drama and appeared in several of Jake's videos. 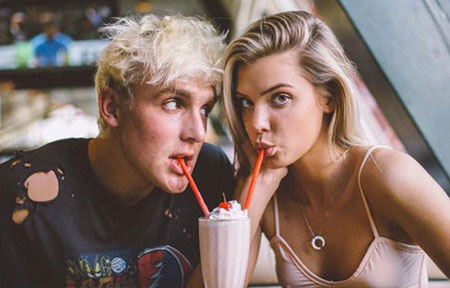 He announced on his twitter that he ended his relationship with Alissa because she hooked up with his brother Logan Paul. He deleted tweet wrote,

"This time I'm not being silent... Alissa f*cked my brother... that's why I kicked her out...oopsie I just told them the truth... I'm done being the 'bad guy'."

Looks like no one could be trusted these days, don't you think?

Jake Paul Could Go To Prison If He Films At Home?

Apparently, looks like Jake Paul cannot film inside his LA mansion from now on. Nick Crompton who is the Chief Operating Officer of Team 10 announces that they are no longer allowed to shoot inside the home as it requires a permit. Nick said,

According to the law, private citizens can film videos inside their home but if the video is for commercial purpose, ultimately a permit may be required.

This is not the first time Jake got into this sort of problem, he once set fire to furniture in his swimming pool and threw big parties without any permits which bothered his neighbors. Jake finally respected the LA police department and backed off from filming at his $17,500 a month apartment.

Jake first started his career by posting videos on Vine in 2013 and by the time Vine shut down, he had already gained 5.3 million followers and 2 billion plays on the app. Then in 2015, it was announced that he would be starring as Dirk in the comedy series Bizaardvark in 2015. 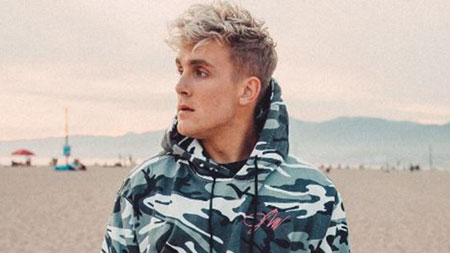 Jake launched Team 10 which is a group of 10 social media influencers on YouTube financing $1 million. The channel has over 2.5 million subscribers.

Paul then released a song and music video named, It's Everyday Bro which got more than 70 million views within its first month and has become the third most disliked video on Youtube. The song even came up at number 94 on the Billboard Hot 100 on 2017. 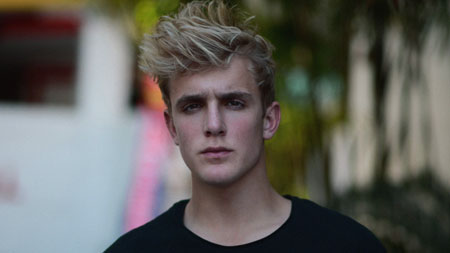