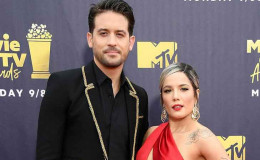 Just weeks passed since one of the most admiring couple G Eazy and Hasley famous for their 'Him and I" called it quits in October 2018. The couple went on-again and off-again for almost a year since they started their romance in 2017. It seems that there's no sign of reconciliation this time. He has a huge net worth and salary.

Just weeks passed since one of the most admiring couple G Eazy and Halsey famous for their 'Him and I" called it quits in October 2018. The couple went on-again and off-again for almost a year since they started their romance in 2017. It seems that there's no sign of reconciliation this time.

Soon after the major break up, Eazy was spotted with a mystery lady in an ice cream date. In addition, he was spotted pretty cozy with a gorgeous model during a basketball game in Minnesota on 30th October. Wanna know every detail? Here you go!

It is sometimes very easy for some to move on from a relationship while it can be the toughest attempt for some.

Just two weeks after breaking up with girlfriend Halsey, the star is spotted with a blonde model Caroline Rowe after the basketball game and their chemistry seemed like it's not just friendship. 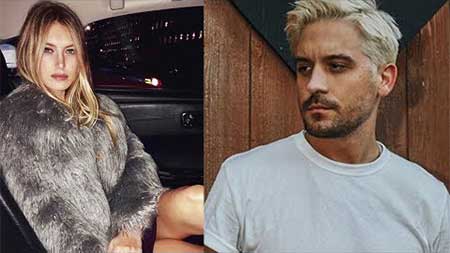 G Easy posted an inaudible selfie video as he was boarding a private jet from New York heading towards Timberwolves/Lakers game in Minnesota. As the rapper filmed the video around him, model Caroline Rowe was briefly spotted in the scene.

Though the two were not sitting together, they got flirty on the court while shooting hoops. 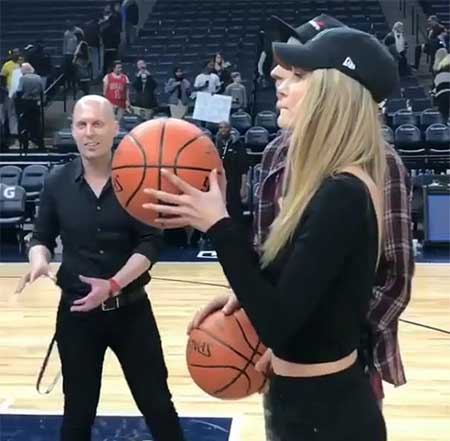 G Eazy getting cozy with the Caroline Rowe on a basketball court
Source: Instagram

"After the mini shootaround, Eazy and Caroline had dinner with a group of friends. They later hopped on the same private jet together bound for NYC."

It's pretty unclear whether the two have something going on or it's just a casual meet.

Days earlier, Eazy was spotted with a mystery lady on a low-key ice cream date.

Well, it's actually so confusing what's the newly single rapper is up to?

G Eazy's On-Again And Off Again Relationship With Halsey

Eazy previously dated American singer Lana Del Rey. After breaking ties with Rey, Eazy got involved in a relationship with Halsey. Sources say that they met for the first time at a party.

The couple started dating in late 2017 and performed together in his second single from The Beautiful & Damned titled "Him & I". 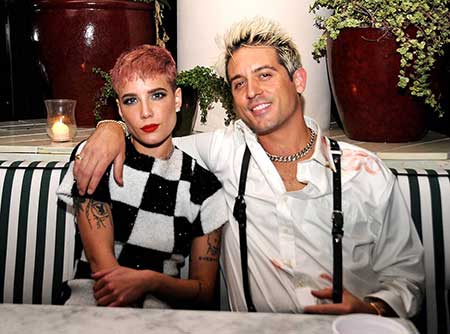 They sparked dating rumors in August 2017 when Halsey mentioned him as her 'baby' in an Instagram post.

After managing to be together for almost a year the couple called it quits in July 2018. It was in the month of August that multiple sources reported that they were "working on their relationship". They were spotted holding hands while leaving an MTV VMA after party.

Halsey and the Oakland native split apart in the mid-October and this time it might be the end of all. Halsey called it quits when she found him flirting with several girls at Karma International's Kandy Halloween Party in Los Angeles.

They are no more following each other on social media. Following their break up, Eazy released a music video for her song explaining a toxic relationship 'Without Me'. 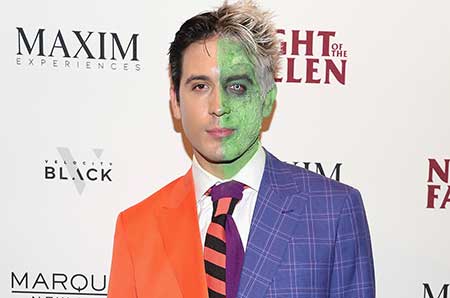