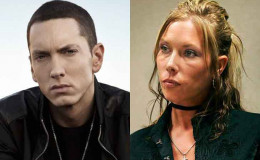 Kimberly Anne Scott was not only married once but twice to her husband Eminem with whom she had a tumultuous relationship over the years despite being high-school sweethearts.

Being together for over 3 decades and parenting 3 children, the couple faced a lot of ups and down regarding their love. How did Scott hold up in her life after the split? Has she been dating anyone? Check out the article below to know about Kimberly's life so far.

Kimberly Anne is living a single life after her divorce with two-time husband Eminem.

The 44-years-old Anne and Eminem first crossed paths at a house party when they were 13 and 15 respectively. He was standing in the top of a coffee table rapping I'm Bad by LL Cool J, while she was standing at the door smoking, Eminem said in an interview. 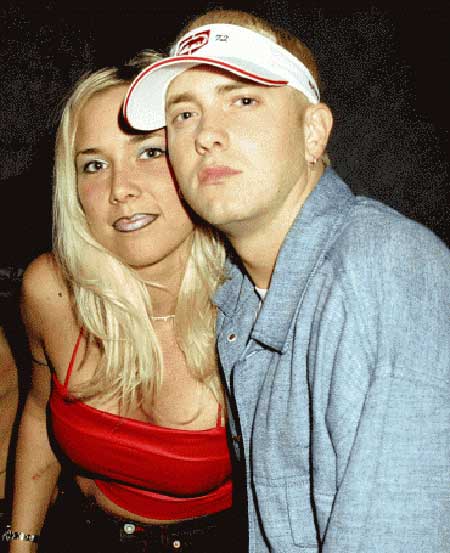 Kimberly and her former husband Eminem married twice but both did not work out
Source: Pinterest

She was taken by Eminem to his house as Anne and her twin sister Dawn ran away from home to escape abuse from their alcoholic stepfather. Eminem's mother Debbie Nelson recalled in her memoir,

“Marshall arrived home from school with a tall, sulky blonde girl. He introduced her as Kim Scott and said she needed a place to stay. I was happy to help out. Kim said she was 15 and I had no reason to doubt that. In truth, she was so cute and busty that she could have passed for 17.”

The two soon became the school sweethearts but Eminem dropped out of school at 9th grade to pursue his rap career and took odd jobs just to support himself.

His mother kicked the two out and the couple took a place at a cracked area full of crimes. 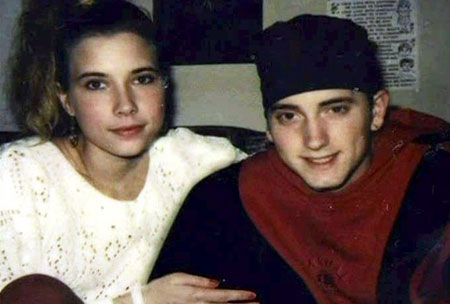 Kimberly Scott and Eminem met when they were just teens
Source: CelebTattler

Scott unexpectedly became pregnant and gave birth to their first child, Hailie Jade Mathers on Christmas Day in 1995. They went back to live at Eminem's house just for the sake of their children but their stay did not last long. Eminem says about how his mother acted,

“My mother did a lot of dope and sucked a lot of pills. so she had mood swings. She’d go to bed cool, then wake up like, ‘Motherfuckers, get out!'”

He even worked overtime as a dishwasher just for $5 an hour and did a lot to support his family because he would not want his daughter to grow up as he did. Their relationship was still not in a good place leading to cycles of breakup and patch-ups.

Soon they tried to make their relationship stronger by getting married. They tied the knot on 14 June 1999. The couple divorced two years later in 2001 because of an onstage incident in 2000 where Eminem described killing his wife throwing around a blow-up doll in one of his concerts. 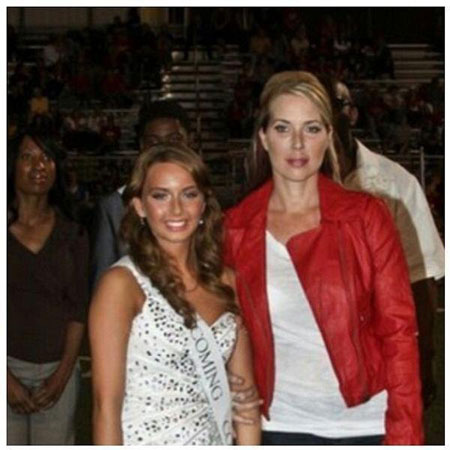 Kimberly and her daughter with Eminem
Source: Hailie Mathers

Scott was spotted kissing the rapper John Guerra by Eminem in a parking lot in a nightclub and Eminem whipped John with a pistol for which he was arrested. The couple decided to get a divorce which was finalized in 2001.

After their divorce, Scott was romantically linked to a man named Eric Hatter. The couple shares a daughter named Whitney Mathers who was born in 2002. Their relationship did not last long as Scott began to rekindle her relationship with Eminem. Later, Whitney was adopted by Eminem in 2005.

Their relationship got to a whole new level as they tied the knot again in January 2006. But just more than a month after their marriage, Eminem left her and again their divorce was bottomed out by April the same year.

Sources reported that the two were back together seven years after their second divorce in November 2013. Kimberly and Eminem also adopted Dawn's daughter Alaina Scott after she died in 2016 due to the drugs overdose.

However, their relationship was not officially confirmed.

Not being romantically involved, she still shares quite a warm relationship with her twice husband. Scott since then has not been involved with anyone as per reports.

After Scott's tragic love life went further causing depression. She consumed a fifth of Malibu Rum and pills and intentionally hit her car into a telephone pole and a gas station. 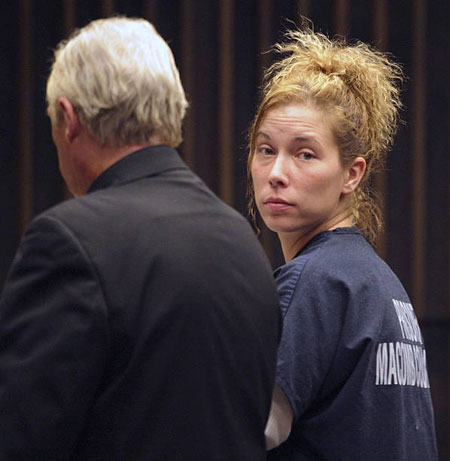 Kimberly got arrested for violating her probation
Source: Getty

The car crash resulted in a broken wrist and toes. She said in an interview,

“Yes, I drank, I took pills and I hit the gas and aimed for a pole. I never expected to make it out of that alive. I apologized immensely. I did not even expect to make it through that, and I told [police] that I tried to do this on purpose.”

Scott was ordered to pay $900 fine and to attend drug and alcohol counseling added by year-long probation. She was last spotted outside of her home in Detroit on a blue bikini appearing fit and healthy in June 2016.

Another sad news struck Scott in January 2016 when she found out that her sister Dawn Scott was found dead due to a drug overdose at age 41. 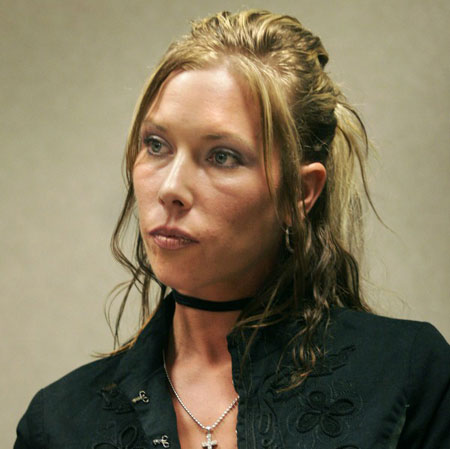