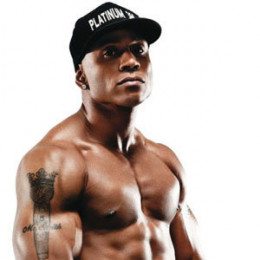 An American rapper and actor, LL Cool J is currently married to Simone Smith since 7 August 1995. He is known for such hip-hop hits as "I Can't Live Without My Radio", "I'm Bad", "The Boomin' System", "Rock The Bells". Ondrea Griffeth and James Louis Smith, Jr. LL Cool J was influenced by hip-hop group "The Treacherous Three" and began rapping at age 9. He has also appeared in numerous films, including In Too Deep, Any Given Sunday, S.W.A.T. and much more.

We got a tribute to the one and only @MariahCarey tonight on @LipSyncBattle!!! Hit after hit!!! Name your favorite MC song!! On @ParamountNetwork 9/8c tonight!! #LipSyncBattle #MariahCarey

James Todd Smith is best known for his hip hop hits like "The Boomin System", "Rock the Bells", "Going Back to Cali". and "I'm Bad".

He became the first rapper receiving Kennedy Center Honors in 2017.

LL Cool J is married to his girlfriend Simone Smith since 7 August 1995. He is the father of four children.

He is the father of four children, one boy, and three girls, Najee Laurent Todd Eugene Smith was born on September 18, 1989,

Italia Anita Maria Smith born on January 3, 1990. She has two younger sisters and one elder brother.

Samaria Leah Wisdom Smith born on September 15, 1995. She has one younger sister and one elder brother and one sister.

Nina Simone Smith was born in 2000. She has two elder sisters and one elder brother.