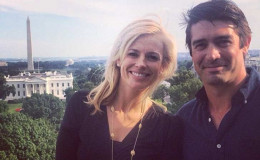 Pamela Brown could not be more delighted to spend the life together with a guy who showers her with incredible happiness. Adam Wright is that amazing man whom she married in 2017.

When you marry the person you connect to on every level, you cannot hide your smile. Pamela Brown could not be more delighted to spend the life together with a guy who showers her with incredible happiness. Adam Wright is that amazing man whom she married in 2017.

If you're curious to find more details about Pamela's married life as well as her past affairs, you arrived at the right place. Let's find out.

The CNN correspondent is married to her husband Adam Wright. The couple tied the knot on 5th June 2017. The wedding took place in Brown's childhood home in Cave Hill, Kentucky. 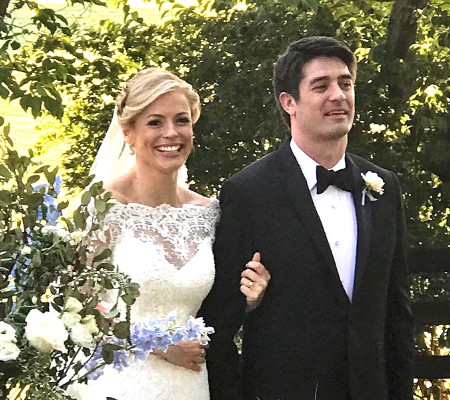 Pamela Brown and Adam Wright during their wedding
Source: The Knot News

The pair welcomed around 250 guests in a traditional ceremony, as part of the Kentucky roots, where both Pamela and her brother were raised. Numerous CNN personalities were present such as Jeff Zucker, Amy Entelis, Virginia Mosley and Dana Bas.

The pair initially met through a mutual friend. They soon hit it off and began dating, though long distance, since Wright was in LA at the time. Adam eventually joined his love in Washington before proposing to her in September 2016. Brown later spoke of the proposal. She said:

“When I walked in, there was a dress hanging and a card with instructions to put it on. My dog, Bubs, came around the corner wearing a bow tie and Adam came down the steps wearing a tux. I really knew something was up when I realized he had cooked me dinner.”

Brown further added, Adam left the room after they ate and came back with the ring and proposed her. Pamela claims they have the best time together whenever they are with each other. Apparently, Adam has a great sense of humor and makes her laugh often. Moreover, she admires his strong values and character.

The couple does not share any child yet, but a baby is soon on the way. Pamela took it up to Instagram to announce this beautiful news.

The TV Personality was 20 weeks pregnant at the time and the baby is apparently a boy. The couple is definitely delighted to welcome a new member to their family.

There were rumors around 2012 that Pamela Brown was dating T. C. Ostrander. The speculated couple was spotted arriving together at an event 'Ned Prom' organized by White House. 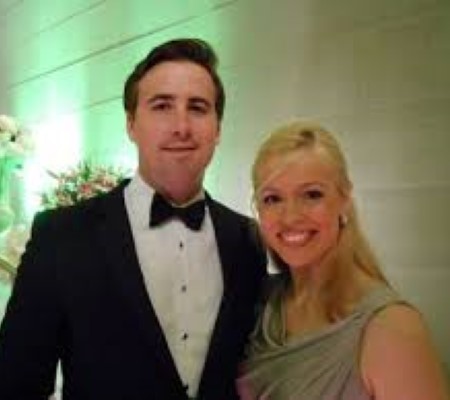 Pamela kept her private life extremely secret back then. Even if she was in a relationship, she never admitted it to the public. 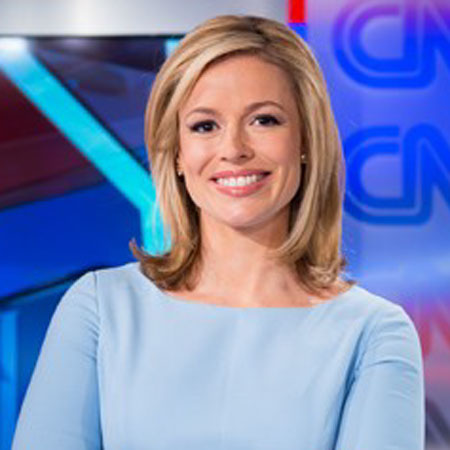