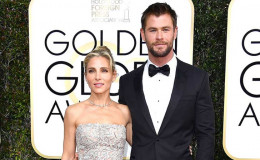 Actor known from the Star Trek series and Thor, Chris Hemsworth is married for a long with Elsa Pataky. Let's know more about his personal life.

Risen to fame from the movie Star Trek, Australian born actor Chris Hemsworth is a heartthrob for all the females and even males all around the globe. Not everyone marries someone right after some month of a meeting but seems Chris knew from the get-go that she is the one.

Chris has been married to Elsa Pataky for a long time now and they are proud parents of three children. Let's take a close look at the actor's personal life so far and find more interesting facts.

The famous Australian actor, Chris Hemsworth is best known for the roles in movies like Thor, Home and Away and several others is one of the most followed celebrities around the globe, purely because of his fabulous acting skills and charm.

Which girl does not have a thing for this hunk? The sheer size of the actor's fan following is over 18 million followers, as seen on his Instagram. The actor is in a married relationship with Elsa Pataky who is a Spanish model, actress, and a kickboxer pro. 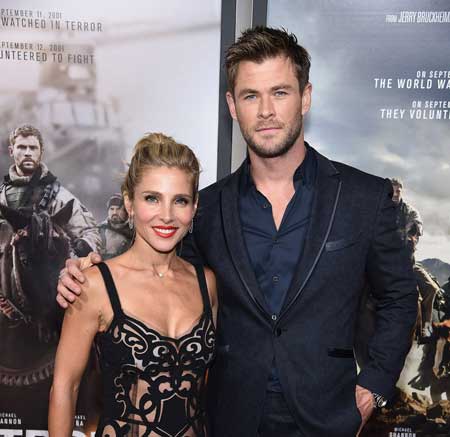 Chris with his wife Elsa on a movie premiere
Source: Brit

The pair was introduced by a mutual friend in 2010 and started dating right then. Both fell in love so fast and got married right after some months of dating in December 2010. The couple share three children, a daughter India and two twin sons (2012), Sasha and Tristan (2014).

Camping adventures in @australia killing on the bbq!!

There were several rumors about the couple having some difficulties in their life but they never really had a problem with their marital life. The duo moved to Byron Bay, Australia from Los Angeles.

Chris bought a house near popular holiday destination, Byron Bay for about $4.5 million US dollar which has 8 bedrooms, 11 bathrooms, a lap pool and a lagoon as well. The house was previously owned by actors Paul Hogan and Linda Kozlowski. 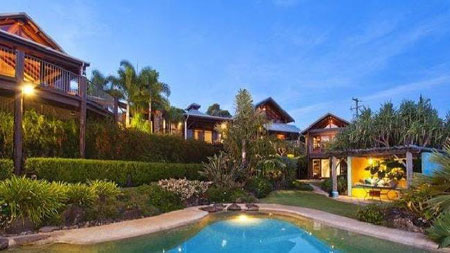 As we stated earlier, his wife is a Spanish model, their children also learned some of the language. But Chris often has hard times when they talk in Spanish.

In an interview with Chris on the Ellen show, he said his wife and kids often speak Spanish but he does not understand at all. He said,

"I would be standing there like, 'That's right. What'd you say?'"

The couple is living a fun-loving life with their children and resides in Byron Bay in Australia.

The actor is in the film industry for a long time now. He got his first debut in a 2002 TV series Guinevere Jones as King Arthur. He then appeared in soap opera series, Neighbours and one episode of Marshall Law.

He auditioned for Australia soap opera, Home and Away in 2004 for the role of Robbie Hunter but did not get it and was continuously called for the part of Kim Hyde. He then moved to Sydney to join the cast and appeared in 171 episodes of the series. He left the show in July 2007.

Chris was also a contestant on the show Dancing with the Stars Australia fifth season in 2006 and was eliminated after six weeks. Hemsworth then portrayed the character of George Kirk in the opening season of Star Trek in 2009.

Director of the movie Cash, Stephen Milburn Anderson in which he portrayed also said,

"Here's a guy who is young, has the right look, is a very good actor and, let's face it, he's beautiful. So I say, we need to get this guy in. I was very impressed"

He starred in the horror movie, The Cabin in the Woods which was released in 2012 which led Chris to audition for the Movie Thor, a Marvel Studios film. He and his classmate Tom Hiddleston both went to audition for the movie and got roles of Thor and Loki.

He then re-played the role of Thor in The Avengers as one of the six superheroes in the movie. Then he starred in Thor: The Dark World in 2013 sequel of Thor. 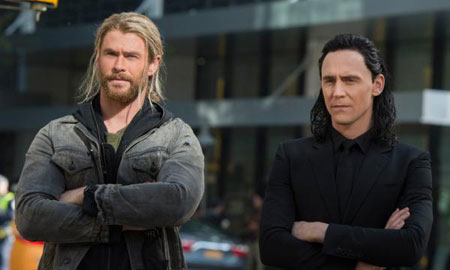 Chris and Tom from the movie Avengers
Source: Jusky

In 2015, he screened in the movie Black Hat and reprised the role of Thor in Avengers: Age of Ultron. He also starred in Vacation alongside Ed Helms and his last movie of 2015 was In the Heart of the Sea. In an interview, Chris also revealed that the cast was put on a diet of 500-600 calories per day to lose weight.

He also starred in the movie The Huntsman: Winter's War and Ghostbuster in 2016. He reprised the role of Thor in Thor: Ragnarok in 2017 and both the Avengers, Avengers: Infinity War and it's sequel soon to be released in 2019. He is also scheduled to star as George Kirk in the fourth film of Star Trek. 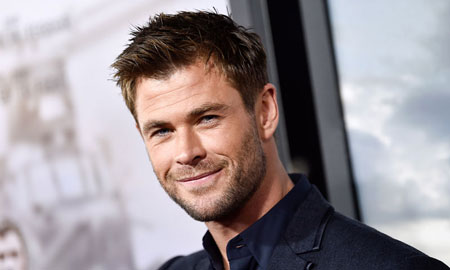