Home Article Is One Of The Hottest Coaches Of The Football World Kliff Kingsbury Dating Someone? His Relationship Status

Is One Of The Hottest Coaches Of The Football World Kliff Kingsbury Dating Someone? His Relationship Status 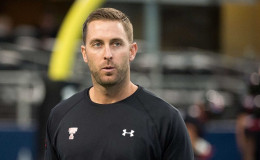 The head coach of Texas Tech, Kliff Kingsbury has quite a secretive personal life as he is hardly into any relationship controversy. Kliff is not married and he is reportedly single at this moment.

The head coach of Texas Tech Red Raiders' Kliff Kingsbury is a dashing man of the football industry. It's distasteful that the high profile star managed to stay in low profile. So, let's dig into his not-so-known sides.

The 38-year-old evergreen coach, Kingsbury has an impressive fan following. He is loved by everyone for his charming personality and his talents. But does he have someone special whom he loves? Is he dating someone?

Is Kliff Kingsbury Dating Someone? What Is His Relationship Status?

Kingsbury is reportedly single as there is no official confirmation about him dating someone. It's kind of shocking how such tempting and fortunate man could be single? But it is true, good for his female fan, the star of Texas Tech is available. 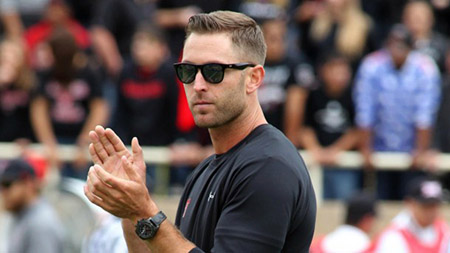 Even though multiple sources claimed he is in a relationship, Kingsbury has not confirmed anything yet. Once he was rumored to be in love affair with American actress and singer Jessica Simpson, but both of them denied it. Here the much-talked picture of Kingsbury and Simpson. 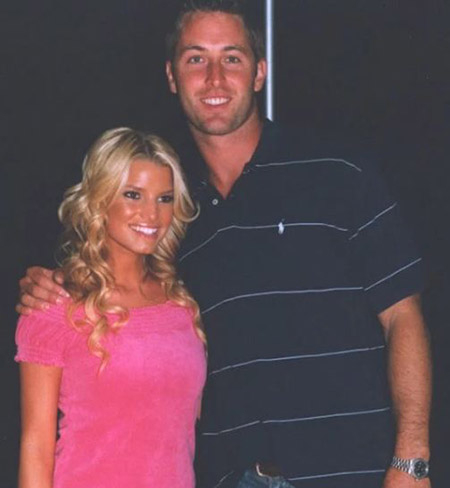 Kingsbury is also popular as a lookalike of famous Hollywood heartthrob Ryan Gosling. The coach is mistaken as an actor Ryan Gosling due to similar facial features. 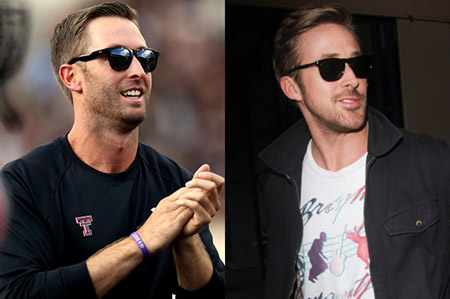 Though his dating history is a mystery, he sometimes becomes the headline of news for his controversies. One time Kingsbury was photographed shirtless with two bikini-clad hotties at a pool party which made his lady fans go crazy.

When asked, Kliff said, "It’s just one of those deals, just have fun with it. It’s part of the gig". After the incident, Our coach is hotter than your coach T-shirts were made for Kingsbury fans.

Kliff Kingsbury is currently the head coach of the Texas Tech Red Raiders with an outstanding contract with a base salary of $10.5 million over 5 years. Kingsbury has a prosperous career with numerous achievements, thanks to his dedication and hard work.

He started his coaching career as an assistant with the Houston Cougars an NCAA Division I FBS football team from 2008-2011. He was engaged to Texas A&M for the 2012 season. 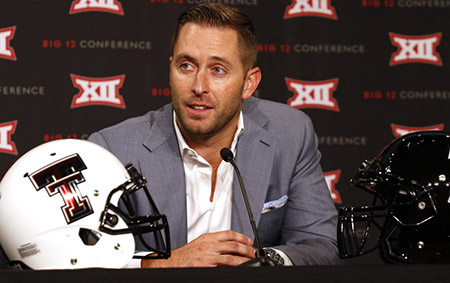 He began career from high school days as his father, Tim Kingsbury was a head coach of the school. He led the team as a quarterback at New Braunfels High School. Kliff later played under coach Spike Dykes and Mike Leach as the quarterback position for the Texas Tech. 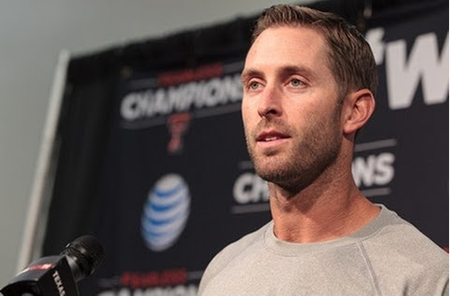