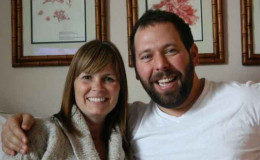 Bert Kreischer is popular among his fans for his outstanding comedy style and his love for partying. The Rolling Stone named him "the top partier at the Number One Party School in the country." He is especially known for performing stand-up comedy while being shirtless.

Bert Kreischer is living a happy married life for so long that he feels proud to gush about his conjugal life on social media.

There's no doubt that Kreischer is a good time with his family members. Have a look at how he celebrated Christmas with his wife and lovely daughters.

Stand-up comedian Bert Kreischer is married to his girlfriend turned wife LeAnn Kreischer since December 2003. They've been married for seventeen years now. Still, the duo relish one another's a company without any rumors of divorce.

All things Comedy hots met his spouse LeeAnn Kreischer for the first time when she was working as a writer at the restaurant he was performing. She thought that Kreischer was a rude person so, they didn't have a romantic start during their first encounter.

Kreischer eventually convinced her to go on a date. He was a shy and timid person during his first date. Despite all his nervousness, he gained the confidence to ask her for a second date which eventually turned into a beautiful relationship. 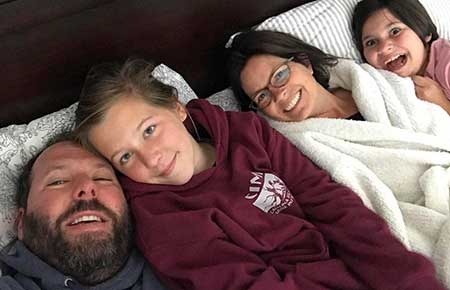 Bert Kreischer with his wife and daughters
Source: Fatherly

After dating for a while, the couple married on December 2003. They are blessed with two children; girls Georgia Kreischer, 14 and Ila Kreischer, 12.

His wife is now the host of her weekly podcast named Wife of the Party in their own Los Angeles home. She regularly invites people close to her and talks about marriage, kids, family life and some other big events.

Kreischer started his stand-up comedy at Potbelly's a bar and nightclub in Tallahassee, Florida. He is widely known among his fans performing stand-up comedy while shirtless. He is also known for storytelling how he gained his nickname "The Machine."

See More: Geordie Shore star Bethan Kershaw is Too Hot to Handle; Who is her Boyfriend? Is she Dating anyone or still Single?

Besides, he is known for her appearance in the shows Jimmy Kimmel Live, Conan, and Late Show with David Letterman. His first comedy special "Bert Kreischer: Comfortably Dumb" appeared on "Comedy Central" in 2009 with comedy storytelling series "This Is Not Happening" in 2015.

He is also featured on Travel Channel reality show Bert the Conqueror in 2010 with the third season in 2016. 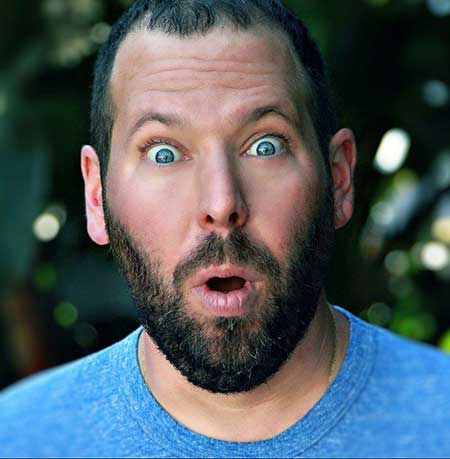