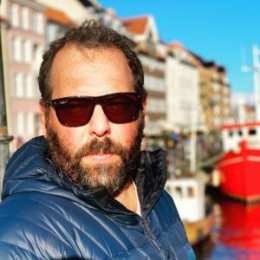 Bert Kreischer is one of those Hollywood personalities who is popular for his works as a stand-up comedian, reality television host, and actor. He is best known for his weekly podcast show 'Bertcast' and television shows like 'The X Show', 'The Shield', and 'Hurt Bert'.

Bert Kreischer is happily married to his wife and shares a strong bond. He has been married to wife Lea Ann Kreischer for over seventeen years now. They relish one another's a company without any rumors of divorce.

Bert is currently married to the love of his life LeAnn Kreischer. The duo shared the wedding vows in December of 2003 in a private ceremony among their close friends and family. 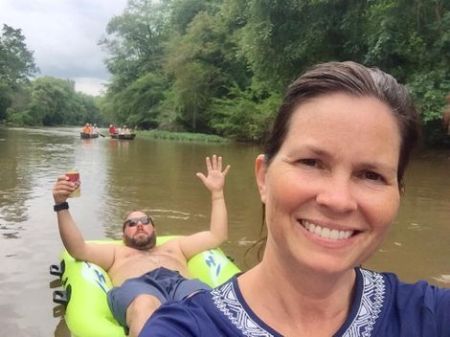 The duo is together in a marital relationship from a long time and is deeply in love. The pair first met for the first time when LeeAnn was working at a restaurant where Bert was performing.

Eventually, they started dating, and here they are today celebrating their sixteen years of the marital relationship. Besides, the pair shared unconditional love, and there is no sign of any divorce between them.

Happy Father’s Day to me!

Bert and his wife moreover are blessed parents of their two children; both of them are daughters named Georgia Kreischer, 14 and Isla Kreischer, 12. Further, the family of four currently resides in Los Angeles, the United States.

Bert Kreischer is a versatile personality who worked in various aspects of the entertainment industry, like working as a stand-up comedian, reality television host, actor, and writer. Bert surely gathered a great fortune from his career.

Bert started working as a standup comedian at a bar and nightclub called Potbelly. Eventually, he became successful and appeared on the popular late-night shows like Late Show with David Letterman, Jimmy Kimmel Live and Conan.

As for his show, his first comedy special Bert Kreischer: Comfortably Dumb which was premiered on Comedy Central.

The party is coming to Europe, New Zealand, and Australia!! Thank you North America for being awesome. Get your #BodyShotsWorldTour tickets in my tour highlight!

Kreischer further is also an author who wrote a memoir titled "Life of the Party: Stories of a Perpetual Man-Child," which is about how he came into his career. Further, the book was published in 2014 at a kindle prize of $13.99 and the hardcover price of $21.42.

I was trying to make fun of Instagram models with this picture but I really liked it - I’ll be scheduling a full blown photo shoot next week!!!

The stand-up comedian also worked as a podcaster who produces and hosts Bertcast, which is a weekly comedy podcast on the "All Things Comedy network."

All in all, he's also worked in several series like "The X Show," "The Shield," and "Hurt Bert" among others. Until now, he worked with stars like Jay Karnes, C. C. H. Pounder, and Glenn Close among others.

The reality television host is also an active Instagram personality. He frequently shares many personal, promotional, and professional posts on his account. Further, he earns over $2,763-$4,605 per post.

Bert is a Florida native and owns a cottage style home in Los Angeles, California. Bert bought the house in his early career at a low price. 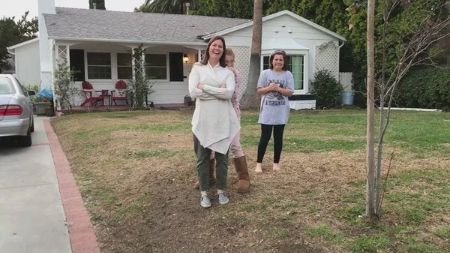 Kreischer and his wife later renovated the house by adding many valuable items. Instead of buying a new home, the pair decided to extend their cottage house by adding modern vibe along with Kreischer family's artistic taste. Moreover, the house is estimated to be at a price of $40,000-$250,000. 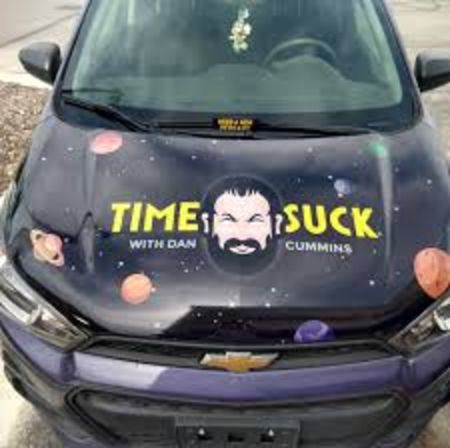 The X Show star also owns a couple of cars including a black colored Chevrolet car. The vehicle can be found at $37,988 on the market. The standup comedian is very much passionate about Sun Glasses.

On 30 August 2019, Kreischer talked about how to choose the best sunglasses during an interview with CBS News. He adds sunglasses are not just a summer necessity, but also important to wear the whole year to protect against the sun's harmful rays.

Bert says shades are important even on cloudy days when damaging UV rays can still reach your eyes. You can double-check UV protection in sunglasses at many optical shops with a UV light meter.

Jealous of my girls? Come spend some pool time with #TheMachine June 1st in Vegas Get tickets for my show at @themiragelv Link for tickets in my story!

Bert is presently married to the love of his life LeAnn Kreischer. The duo shared the wedding vows on December 2003 in a private ceremony among their close friends and family.

Bert Kreischer and LeAnn are blessed parents of their two children; both of them are daughters and one of them is Georgia Kreischer, 14.

Bert Kreischer and LeAnn are blessed parents of their two children; both of them are daughters and one of them is Isla Kreischer, 12.