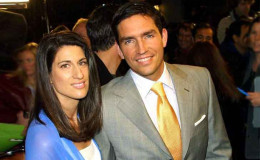 Not often you see an actor who is reluctant to get sexy on the screen out of respect to his wife just because of the belief he carries. Jim Caviezel belongs in this rare category who is truly in love with his long-term partner in a rather unique manner.

Caviezel is enjoying a blissful marital life of over two decades. The couple has left no shortage of effort to perform some admirable stuff along the way.

Jim Caviezel is married to his wife Kerri Browitt. The couple tied the knot in Roslynn, Washington on 20th July 1996. Kerri is an English teacher and flutist in a high school. 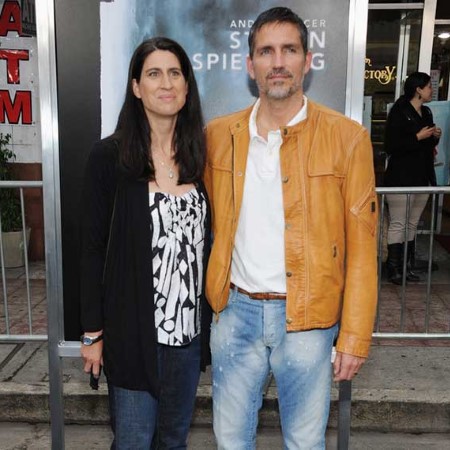 The lovebirds first met on a blind date which was set by Jim's sister in 1993. They share a good chemistry on the first date itself and they began to meet more often. Apparently, it was 'love at first sight' and gradually grew into true love.

You May Like; American Author Steve Doocy's Longtime Married Relationship With Wife Kathy Gerrity; How It All Began For The Pair?

The pair shares three children together, two sons named David Caviezel, Bo Caviezel, and a daughter named Lyn Elizabeth Caviezel. However, none of them are the biological offsprings of the duo as they were all adopted. 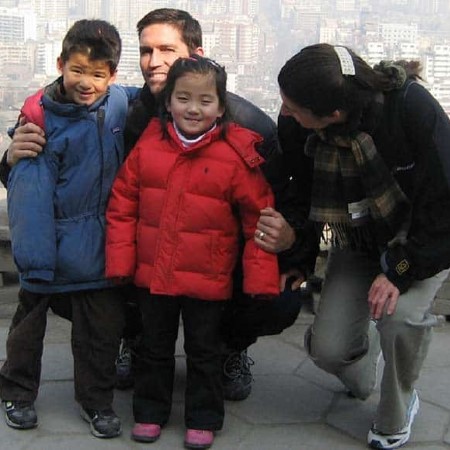 Jim Caviezel and his wife with their adopted kids
Source: Wiki Celeb Info

David was fit and healthy during adoption, but the same can't be said for Bo and Lyn who had brain tumor cancer. The couple believes adoption is like a blessing from God. In fact, the pair feels blessed to adopt the ones who need help as they believe healthy ones will find a home anyway.

It was previously believed Kerri was infertile which led to them going for adoption, but the rumors turned out to be false. Jim feels blessed and happy while talking about his family. During an interview, the Passion of the Christ actor said:

"The other day my little girl jumped in my lap, put her hand on my face, and whispered in my ear, "Papa, I love you so much." It pulls on your heartstrings."

"When you come home and the kids run to you, come up and grab your leg. We have a little thing. They stand on my feet and I walk them into the kitchen and we just laugh."

The couple has maintained a very low profile as far as their personal life is concerned. Very little is known about what goes between them in their day to day life. However, what we do know is the fact that they are a happy couple.

Speaking to The New York Post back in 2000, Jim Caviezel revealed he had a hard time getting naked on film. 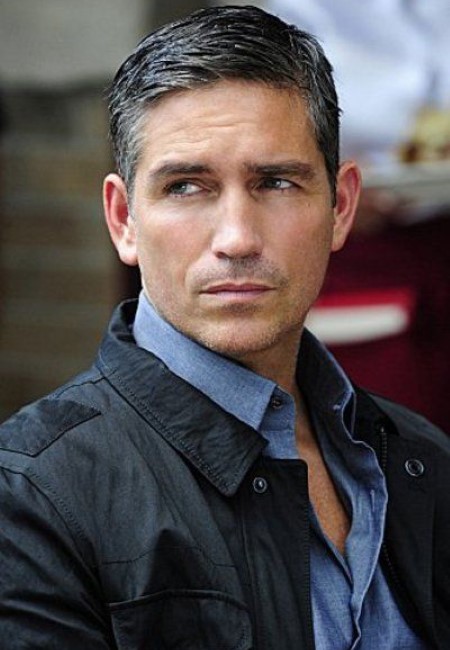 Jim Caviezel prefers to keep his shirt on in movies out of respect to his wife
Source: Celebrity Sizes

"I don’t believe in it. I don’t think it’s right. In my faith, I’m taught that abstinence is important."

The actor added, he does not like showing his butt on film unless he is in the Holocaust, walking around.

While shooting a love scene with Jennifer Lopez, Caviezel recalled:

"I just said, ‘Look, put a top on her. I’m gonna keep my shorts on, she’s gonna keep hers on. Get the camera and shoot around it.’ And that’s out of devotion, love, and respect to my wife."

In another instance, the actor refused to strip in a love scene with Ashley Judd in High Crimes. He said:

The actor added people in the entertainment industry are always saying they are not supposed to be role models for the kids. However, he believes that's wrong. He does not care how someone looks at it, they are all role models and that's the responsibility they must carry. 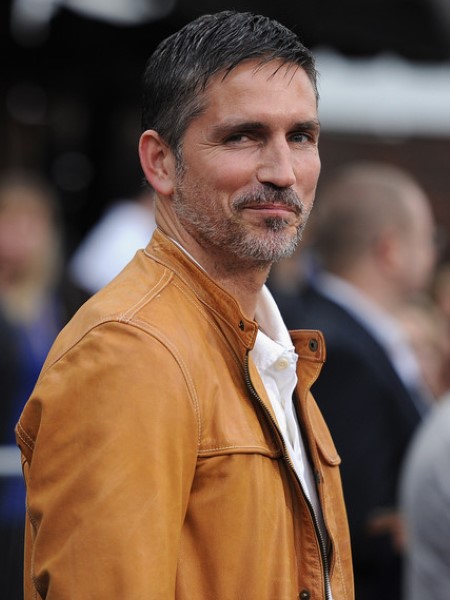