Home Article American Author Steve Doocy's Longtime Married Relationship With Wife Kathy Gerrity; How It All Began For The Pair?

American Author Steve Doocy's Longtime Married Relationship With Wife Kathy Gerrity; How It All Began For The Pair? 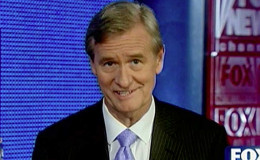 The Emmy-winning Steve Doocy, known for his wit and humor takes himself very lucky in his personal life with wife Kathy Gerrity Doocy. He clearly mentions secrets of his wonderful and long lasting conjugal life in his creation The Mr. and Mrs. Happy Handbook; one of the New York Times bestsellers.

The Emmy-winning Steve Doocy, known for his wit and humor considers himself a very lucky in the aspect of marriage because of his wife Kathy Gerrity Doocy. He clearly mentions secrets of his wonderful and long lasting conjugal life in his creation The Mr. and Mrs. Happy Handbook; one of the New York Times bestsellers.

Further, the father-of-three also adore his kids. He explained how it feels like being a father for years in his book, Tales from the Dad Side. Let's take an in-depth look at his personal life and find out what's the secret behind such happy family?

We can say Doocy, 61, is very lucky being a father and husband. The couple has every reason to celebrate their togetherness and we're sure they would certainly be the same until the end. 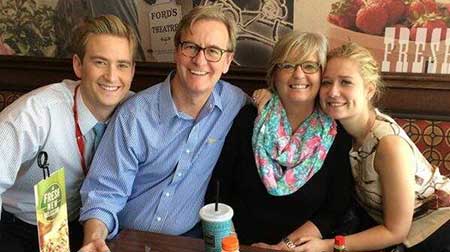 He met his future wife Kathy while working at WRC-TV in Washington D.C. where he started his professional career after graduation with a B.A. in Journalism from the University of Kansas.

As per the 1989 Washington Post profile of Doocy, the two spotted each other when Kathy started working in the sports department.

Though the pair hasn't opened much about their conjugal life, Doocy was quite frank talking about his marriage and how it lasted for so long. He published his first book in 2007, The Mr. And Mrs. Happy Handbook that made him the New York Times bestselling author.

"Ultimately I wrote this book because I love my wife."

Moreover, he also wrote '4-H Club' to help himself in honing to be a great husband. The four H's denoted handling, honesty, humor, and handcuffs.

Great weekend of sightseeing in DC with the Doocy Daughters

They have three kids together; a son named Peter Doocy, and two daughters Sally Doocy and Mary Doocy. The couple shifted to New York when their first child Peter was just 2 years aimed to raise their kids in a single house during their childhood.

Peter, 30 is currently working in the Fox Network as a reporter since 2009. He is renowned for the 2014 documentary The Man Who Killed Osama Bin Laden. While Mary is working as a  counselor for the House Oversight Committee since May 2016 and the youngest one, Sally is a sales planner at Fox News.

Finally, Dads, we have our own day AND a cookie! Thanks kids #fathersday2017

Doocy's father was a traveling salesman and they had to shift from one location to another during his childhood days.

His second creation Tales from the Dad Side; is all about parenthood. When asked about his book, he told The 700 Club,

"I wanted to write that book just to show that dads are out there – we don't know exactly what we're doing. We're doing our best and we love our kids. There aren't so many books for guys. It's not like we get a lot of advice from our dads, 'Just hold him still; he’ll stop crying.' And, ad lib – what I learned early is that while guys like to have plans, you should plan to ad lib. There's a lot of ad-libbing in the dad department."

It's all because of their mutual understanding and dedication that made them live a happy and blessed family life.

We are sure the sexual harassment issue against late Roger Ailes is still in your mind.

Former Fox News host Gretchen Carlson allegedly filed a case against Ailes on 6 July 2016. The lawsuit went on with periodic investigations, firing and a $20 million for settling the lawsuit.

Congratulations @aearhardt on your beautiful new book! “Through Your Eyes”, A poetic picture book, pick one up for the young reader on your list ??

She claimed that Doocy made a 'hostile environment' and taking her as a 'blond female prop' and behaving in a sexist and condescending manner.

Fox News mentioned that it's investigating his conduct. A spokesperson for 21st Century Fox said,

"While we have full confidence in Mr. Ailes and Mr. Doocy, who have served the company brilliantly for over two decades, we have commenced an internal review of the matter."

Later the Fox News journalist apologized to Carlson and everything was settled in September 2016.

"We sincerely regret and apologize for the fact that Gretchen was not treated with the respect and dignity that she and all of our colleagues deserve."

Well, the settlement dealt with Ailes and Fox News might have definitely made everything fine between Carlson and Doocy as well. 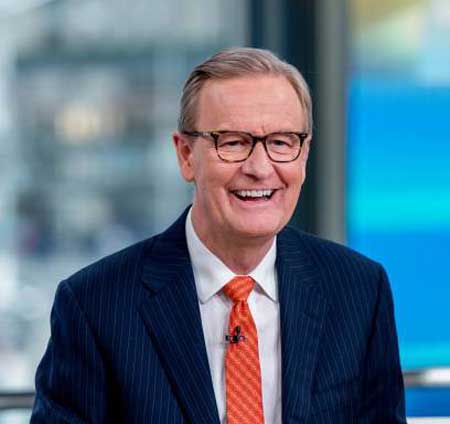