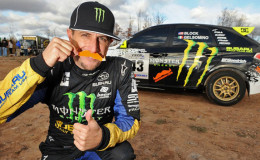 The professional rally driver Kenneth Block is a married man. Let's have a ride in the personal life of this 51 years old rally driver including his car collection and rise in his career!

The professional rally driver Kenneth Block is famous as the member of Monster World Rally Team. Above all, Ken Block drifted his way amongst the heart of his fans since the release of the first Gymkhana video in 2009.

The Hoonigan Racing Division's rally driver kept us wondering when news came that he married his wife before rising to the limelight. So, who might be the lucky women to make this mighty rally driver his entire life? Let's have a ride in the personal life of this 51 years old rally driver including his car collection and rise in his career!

Well, the American racer Ken Block is a married man for over a decade. The professional rally driver married to the love of his life, Lucy Block on July 10, 2004. As of now, the couple steps on a happy journey of 15 years this year. 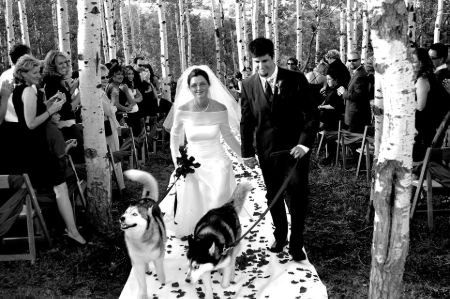 Ken Block and his wife Lucy Block during their holy marital ceremony in 2004.
SOURCE: Facebook

The chemistry between these two lovely pairs led to the birth of their three children. First of all, happiness in the duo's life gazed in the air after they shared their first child.

Recommended: Road Racer Josh Brookes not Interested in Marriage or having Children; See his Affairs and Relationship

Well, after their successful married relationship Ken posted their photos of the wedding sharing his love for her on his Facebook. The racer admitted;

10 years ago today, I married this amazing lady - my wife / best friend / and (more recently) the supermom to our three kids. It's been an amazing decade with her - and I look forward to many more!

For Ken and Lucy, the love of each other seems the whole world along with their children. Above all, the duo is often seen together attending various events with their kids. The blessed husband and wife are parents to daughter Lia Block who has already followed in the footstep of her father. Not to mention, Lia already participated at a race for Nitro Rallycross. 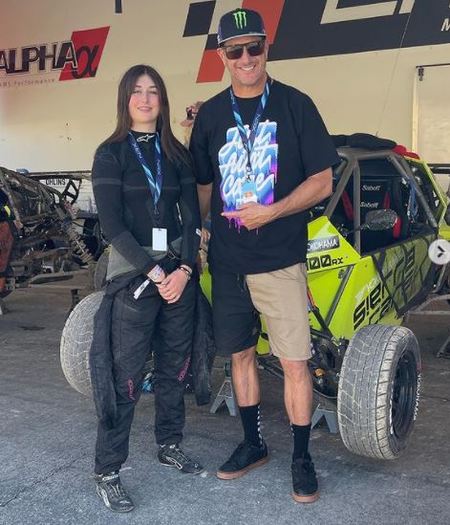 Likewise, Block is also a great father to other two children, a daughter, and a son. However, Block and his organic kitchen owner's wife keep their young children from the public for privacy concerns.

As of now, the couple enjoys a blissfully married life with no news regarding their extramarital affairs and dating rumors. We just wish a happy future endeavor to the lovebirds.

Ken Block's Net Worth And Career

As a professional he is in racing, Ken Block is also a professional businessman. The entrepreneur runs down his clothing smoothly. With his involvement in the racing business, Ken manages to live a luxurious life with his earnings. As of now, Ken Block's estimated net worth is $200 million.

Stoked to have won the best “dressed” truck/SUV award here at Tokyo Auto Salon for my Ford F-150 Hoonitruck from #GymkhanaTEN, on display here with @ToyoTires. Thanks, Japan/TAS! We never set out to win build awards for this truck when we came up with the project, but I’m excited that the people of Japan love the Hoonitruck as much as I do! #ToyoTiresTAS #Hoonitruck #awardseason

Well, it isn't hard for a world-class professional racer and a businessman to live a lavish lifestyle. He owns an expensive mansion in Rancho Santa Fe, California, US. The exact worth of the house is still under review. However, the racer DC Mountain Lab in Park City, Utah is up for sale at a sweet price of $7 million.

You May Read: American Race Car Driver Joey Logano Has Managed a Good Net Worth, Earns Well From His Profession

Besides, the co-owner of Hoonigan industries solely enjoys a beautiful ride with his lovely 18 cars in his garage. His garage load's up with the world's luxurious cars including '2013 Block STyle Ford Focus ST', 'Ford Fiesta ST RX43', 'Ford Focus RS RX', and 'Ford Mustang Hoonicorn RTR'. Collectively his whole collection is worth more than $1 million.

Check out this ridiculously smooth footage of me blasting through the desert of Utah in my @CanAm Maverick X3 a few months ago with the @GoPro team putting their new Hero 7 with #HyperSmooth to the test. This is just raw footage off of the cameras. Wild how smooth it is! #GoPro #Hero7 #IUtah

Initially, the racer started his racing career in 2005. He dominated the professional racers, with his debut in 2005 SNO drift championship. However, Ken break came up after he published the first Gymkhana viral video in 2009.

As of now, the professional rally driver is entitled with many awards Rallying American Rookie of the Year Award in 2005. Well, as their admirers, we personally like to congratulate Ken, heartily for all the achievements he made over the years! 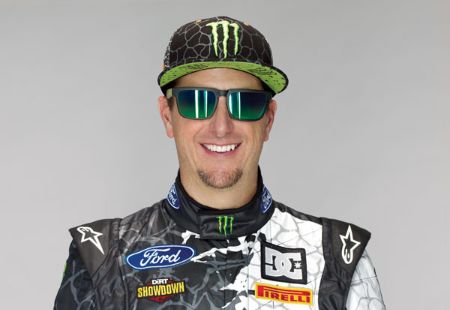