The famous Reality TV personality, Danny The Count aka Danny Koker is best known to appear in the History Channel's Counting Cars and is also a lead singer of Count's 77.

The singer has been married for a long time with Korie Koker. Do they share any children? His fans are eager to know about his relationship with Korie. So, scroll down to take a look at his life.

Star Danny Koker Married For A Long Time With Korie Koker; Is The Couple Still Together?

TV Personality Danny Koker is married to his long-time wife Korie Koker and both are a great fan of rock and punk style.

There is not much information as to when they started dating as Danny is a little low-key for his personal life.

Also Read: Pawn Star Chumlee Was Influenced By His Girlfriend To Lose Weight But Is The Pair Still Together

Koker is a co-owner of the restaurant Count's Vamp'd Rock Bar and Grill which is owned by Danny and also works for Count's Vamp'd as a talent buyer who manages the scheduling of live music performances. 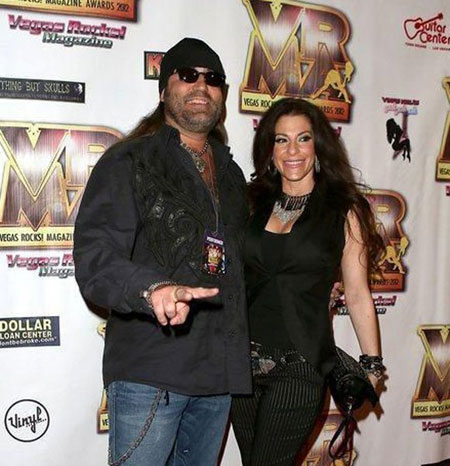 Danny with wife Korie on the red carpet.
Source: Dinosauriens

The couple so far does not seem to have any children. They seem to remain happily married dedicating to all rock and roll. She once said,

"My husband and I have always made great biz partners, and in the case of Vamp’d, he trusts my decision and leaves it all pretty much up to me. He’s there for me when I need advice, but he generally just backs my play.”

hangin with DK Celebrating our #16year anniversary at where else? @vampdvegas #AppiceDrumWars #RockNRoll

Her last update in Instagram was with Danny's fans and friends among which there was Vinnie Paul who recently died.

cool group photo with the great Vinnie Paul I was always amazed at his patience & generosity for taking so many photos with all his fans & friends & I never dared ask, just lucked out only a couple times RIP Vinnie...our hearts continue to break ...

The couple is happily married so far and does not want to parent any children yet.

Danny Koker's Other Love And His Doings, Career, Facts

Danny is passionate about cars.

His family comes from the employees of Ford Motor Company. He himself has over 100 cars in his collection. He is one of those who has a humungous love for cars. Buying cars and converting classic American muscle cars and motorcycles is his hobby and passion. 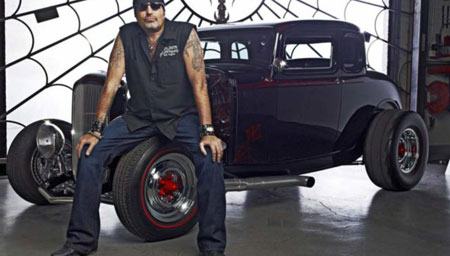 Danny has over 100 cars to himself.
Source: JustRichest

While he like classic vehicles, he dislikes newer vehicles. He has been in the business for a long time and has already appeared on a recurring role of expert on Pawn Stars and it's a spinoff, American Restoration. 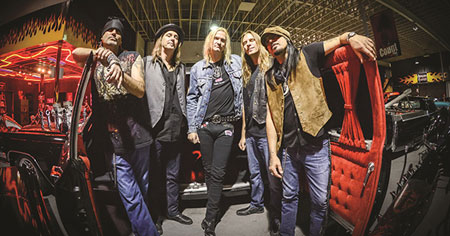 They also have a Count's tattoo parlor at the Rio All-Suite Hotel and Casino and also heads a Vegas hard rock band, Count's 77. 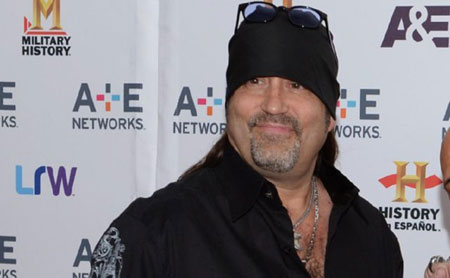