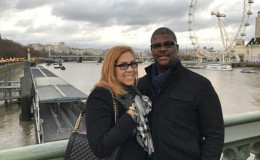 A husband is considered a pillar in any marriage but the wife is the base that the pillar stands on. A woman can bear through quite a lot of mental pressure and once she decides to bear with her husband then no force can shake the foundation of their marriage.

Charles Payne is one of the lucky one who has such a woman in his life. Their marriage saw obstacles that could easily break any marriage but they stuck through it.

Take a look at his married life with his wife and son.

Charles Payne Married Life To Yvonne Payne; Is The Couple Still Together?

Charles Payne is happily married to Yvonne Payne. He met Yvonne Payne in 2005 and started dating which ultimately led to them getting married in 2007. They are now living a happy life with two children named Cael Payne and Austin Reid, who is his step-son.

It is rumored that this marriage with Yvonne is Charles's second marriage and the existence of a stepson also suggests it is, but there is no information regarding the claim. Charles currently lives contently in Teaneck, New Jersey with his wife and kids. 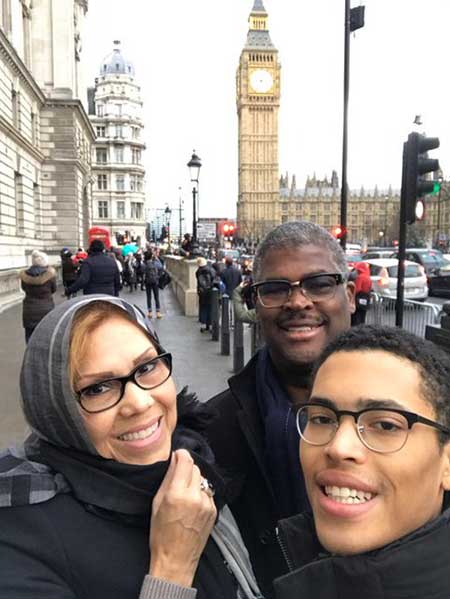 The couple went through thick and thin in order to sustain their relationship. His wife suffered from heart disease even before getting married and after some time, she was suffering from terrible pain. Her physical condition was getting worse as time passed by.

In the year 2012, her heart became really fragile and she underwent surgery. Fortunately, she was able to get a heart transplant, and since then, she is living life as a healthy person with Charles. He shows constant support towards his wife on his Twitter with various posts.

Six Years Ago Today A Miracle
My wife had an implanted medical device doing 85% of her heart's work, death was imminent. An amazingly talented 20 year woman 3,000 miles away was in a car accident. Her selflessness is why my is wife is alive. We love you Sami, Shelly and Lulu. pic.twitter.com/Mc4VUXPHnM

Charles Payne Past Affairs And Rumors: Suspended By Fox Business

In the past, Charles was in an affair with former Fox News Personality, Scottie Nell Hughes. He admitted it himself but things didn't seem to end pretty well for them as she later accused him of rape. Scottie, a Fox News Commentator is a Trump supporter and she is seen defending Donald Trump on Fox News and CNN.

She sued Payne and Fox News in September 2017, alleging rape, coerced sex, sexual harassment, and general discrimination. She claimed every sexual encounter she had with Charles Payne was unwanted and she endured it in order to maintain her appearances on the network. Charles was quick to deny the claims and took to Twitter to talk about it.

Days ago a reporter contacted me about (false) allegations and asked for a comment. I gave an immediate reply. He reported story w/out them

The details of the events first came out in July, as Fox News suspended Payne to investigate Hughes’ claims. She also claims that the allegations became public only because Fox leaked a story to the National Enquirer in order to damage her name. The story alleged that Hughes and Payne had a consensual affair.

However, she denied the charges but acknowledged having a three-year-long romantic relationship with Hughes before the accusations. She kept an apartment near Fox's Manhattan headquarters for the duration of the affair and she believed that it would help her obtain a permanent position at the network.

This also explains the drastic reduction in her appearances after she ended the affair in 2015. On September 8, 2017, Payne's suspension was lifted and he returned after the investigation, which Fox claims found no evidence of any wrongdoing.

Charles continues to insist that his involvement with Hughes was consensual and Fox seems to support him in the matter. Hughes claims that she has evidence that Payne raped her and physically abused her.

She alleged that Fox’s legal team saw this evidence but decided to throw the claims under the bus and supported Payne. Vox posted on Twitter about her claim regarding it.

"I was raped by Charles Payne," Scottie Nell Hughes said. "I was raped again by Fox News." https://t.co/b8ZohoFN2Q

In April 2018, it was reported that Chris Payne and Fox News faced the lawsuit by Scottie Nell Hughes. Earlier, she accused him of rape in July 2017. Fox News suspended him as the investigation was pending in July 2017 and his suspension was lifted on 8 September 2017.

The federal judge found that Scottie has enough evidence to move forward with the lawsuit. The Representatives of Charles and Fox News are yet to comment on the matter.

The matter of violently abusing someone is of a grave nature and we hope that there is a proper unbiased investigation to find out the truth.