65 Years Actor Jeff Goldblum Married Thrice and Now is With Wife Emilie; Divorced Two Wife Before; How Is His Third Marriage Going? 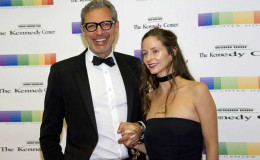 The Big Chill star Jeff Goldblum has been married two times in past; it's his third wife, Emilie Livington who made him fall in love all again. It seems it's definitely for the last time! The couple who first met at a gym became an inseparable ever since.

Facing a couple of unsuccessful married life, anyone gets it difficult to step forward in the romantic life all again. The Big Chill star Jeff Goldblum who married twice in past thought that he would start a relationship.

But, his perception changed all of a sudden when he met Emilie Livington. It seems it's definitely for the last time! The couple who first met at a gym became an inseparable pair ever since.

The pair tied the knot in November 2014 is blessed with two beautiful kids. They have much to share their personal affairs with fans. Let's go for more details!!!

Jeff Goldblum, 65, who faced two unsuccessful married life in past, has finally found his soulmate. He has been married to Canadian Olympic gymnast Emilie Livington since 2014.

Wanna go to the flashback on the scenes how they fell in love at the first sight? We're sure your answer is a huge 'YES'. 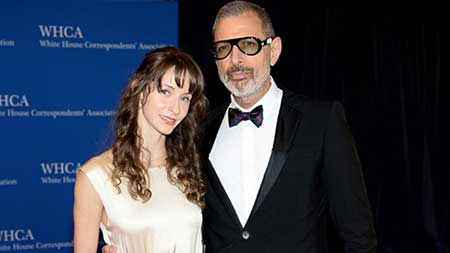 The way Goldblum met the 35-year-old former Olympic gymnast can make you imagine a romantic comedy setting. He recalled,

"We were at Equinox on Sunset Boulevard. I saw her from across a crowded room and I marched up to her, entranced, and began some kind of conversation."

That's right the two met at the gym and everything went on the flow!

They tied the knot on 8 November 2015 at the West Hollywood celebrity haunt, the Chateau Marmont in front of their family and friends.

A source told the US,

"It was a night filled with love, music, and lots of laughs."

She is a renowned dancer, contortionist, and aerialist. She's known to perform Rihanna's double in a pole dancing scene in the sci-fi Valerian.

He never thought of starting a family life again until he met Emilie. He recalled,

"I’m at a different place now. I was enthusiastic to marry Emilie and try to have a baby."

Livington revealed the happy news welcoming his second child via Instagram. She wrote,

'I can’t believe it’s been a week already!'

"River Joe Goldblum was born 4/7/17 at 8:53 am. Charlie Ocean is such a sweet and caring older brother. We couldn’t be happier!!! Jeff is our rock and continues to be an exceptionally loving and passionate father! Love my boys!!! (sic)"

Goldblum and his wife were last spotted together holding hands in Los Angeles in January 2018. They seemed very much in love as they strolled together down the sun-soaked streets.

The Independence Day actor looked dapper in a black motorcycle jacket with a quirky printed shirt while Emilie wore a black shirt with red lips printed on the front.

We wish them all the very best in their future endeavors.

Jeff Goldblum's Past Affairs And Relationships

Though one is living a prosperous and better life with a soulmate, everyone has some romantic past story; some becomes evident to all while some remains hidden under the radar.

Goldblum married his first wife Patricia Gaul in 1980. The couple was known to perform together in Silverado with Kevin Kline, Scott Glenn, and John Cleese in 1985. 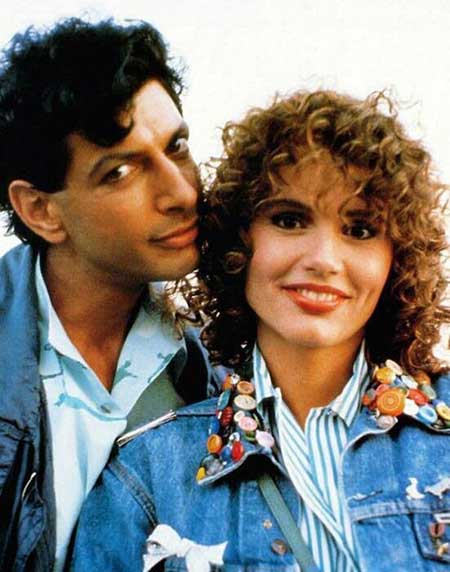 They managed to be together for years until 1986 when they finally decided to move on separately.

A year after divorcing Gaul, he married the actress, Geena Davis. They are known to co-star in many movies including The Fly, Earth Girls Are Easy, and Transylvania 6-5000.

Though the two though to go on together, things turned out just opposite and they separated in 1990. 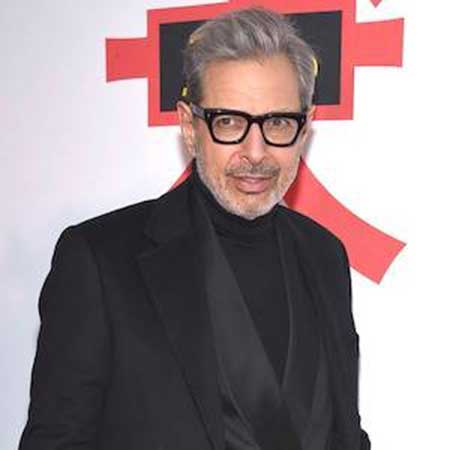