Home Article Irina Shayk And Bradley Cooper Dating Since 2015; They Share One Child

Irina Shayk And Bradley Cooper Dating Since 2015; They Share One Child

Couples who bump into each other as both of them break up from their previous relationship - there's a sense of destiny attached to it. Irina Shayk is enjoying a beautiful relationship with her boyfriend of three years.

Couples who bump into each other as both of them break up from their previous relationship - there's a sense of destiny attached to it. Irina Shayk is enjoying a beautiful relationship with her boyfriend of three years.

The couple welcomed a brand new member to their family in 2017. It remains to be seen if the wedding is on the cards pretty soon.

Irina Shayk is dating American actor Bradley Cooper since early 2015. The pair was first spotted on a theatre as exclusive photos emerged of Bradley and Irina cozying up to each other.

Cooper is one of Tinseltown's most respected actors while Irina is one of the most renowned models in the world. Both had recently come out of long-term relationships back then. 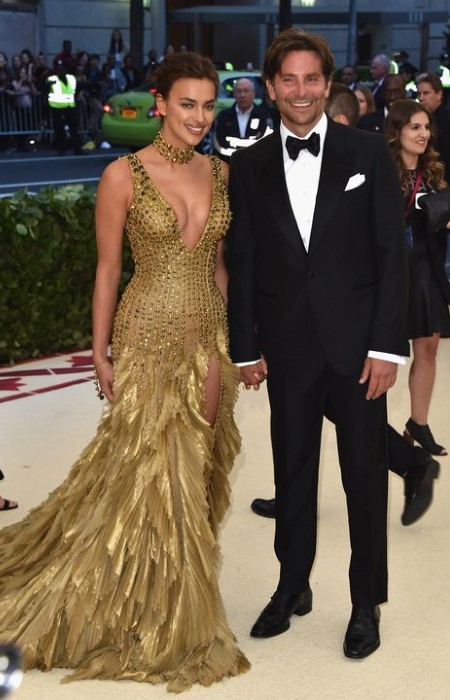 Apparently, the couple had known each other for a long time before they began dating as they were first introduced through mutual friends.

Shyak subsequently spent her January birthday and New Year's Eve alone. It was reported she had confronted the Portuguese football player at their home in Madrid over allegations he had been unfaithful.

Meanwhile, Bradley was previously in a relationship with British model Suki Waterhouse for two years. However, the pair split in February of 2015, although their break-up was only made public the following month.

The Couple Moved In Together In 2015

In November 2015, Bradley Cooper and Irina Shyak showcased the seriousness of their relationship as the pair began living together in Irina's home in New York City apartment.

After his split with Suki, Bradley was on the hunt for a bachelor pad in the city. The actor reportedly checked out an $8.9 million apartment in Tribeca. 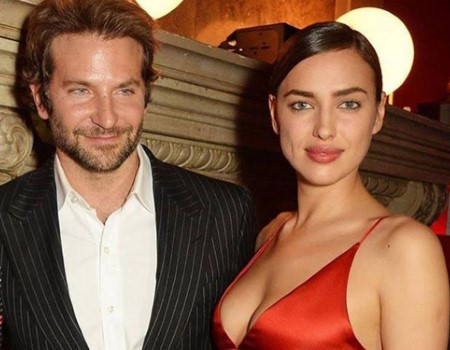 Irina Shayk and Bradley Cooper Moved In Together In 2015
Source: T Portal

Cooper abandoned the search for the apartment when he began dating Shayk.

"Right around that time, he hooked up with Irina and things got serious very quickly."

The couple spent part of summer 2015 together on a romantic trip to Italy. The source added:

"Instead of continuing his apartment hunt, he's been living at Irina's apartment on Perry St. in the West Village."

There is no exception about how you'll feel happy about the birth of your child. Of course, you'll feel great and the emotions will come rushing down straight from your guts. 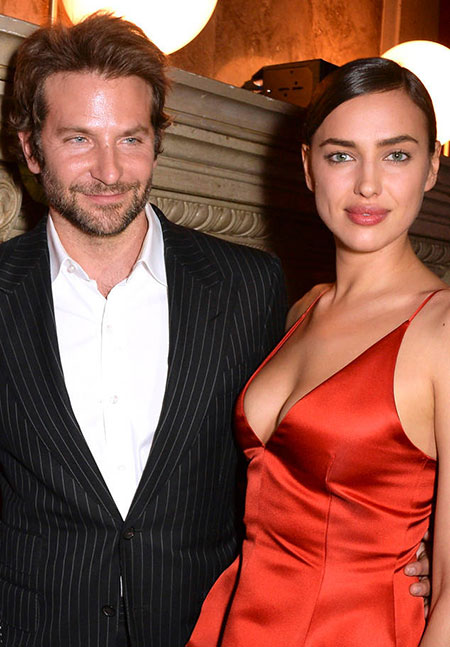 Both Irina and Brad felt the same feelings after Irina brought forth a new life in this world. Not only for Irina but this is the first child for both of them. They welcomed their daughter named Lea de Seaine on 21st March 2017.

"They are both extremely thrilled and feel so blessed." 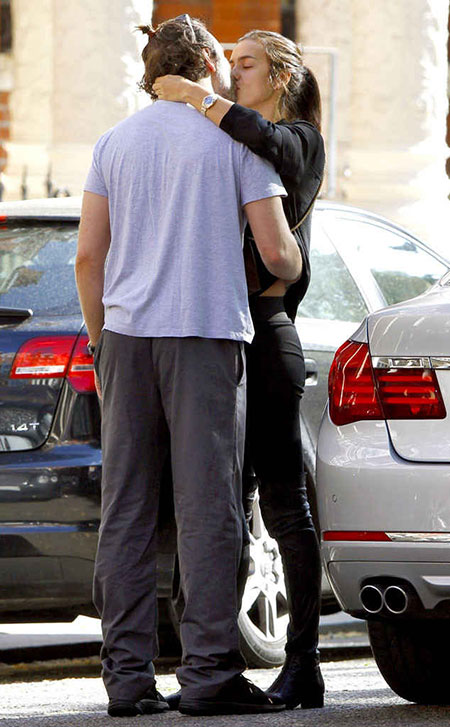 Brad and Irina putting up a PDA
Source: Eonline

The beloved couple hadn't shared the details of Irina's pregnancy, so the news came as a surprise. It's reported that the couple themselves didn't know about their baby's gender at the time of delivery so they decided to keep it that way.

A month earlier, Irina had a baby shower in Los Angeles and many of their friends and family were in the attendance. She received a variety of gifts for her upcoming baby, including designer clothing and toys. 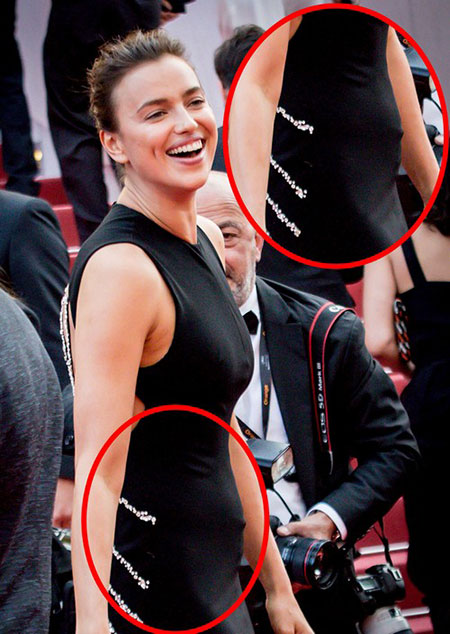 Bradley being a good partner for his girlfriend helped her during her pregnancy. A source close to the couple said:

"Irina and Bradley are doing really well. Bradley has been helping Irina and been going with her to doctor appointments and being by her side through this whole pregnancy. He is as excited as she is to be a parent."

Previously, Irina's pregnancy news went viral when she showed off her baby bump back in November, while at the 2016 Victoria Secret Fashion Show. 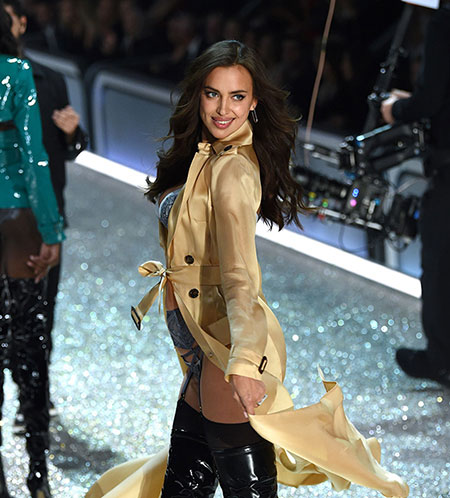 During her outing with her mother Olga, Irina looked a bit different. Slender or lean, to be exact. The delivery of her child took its toll on her body. 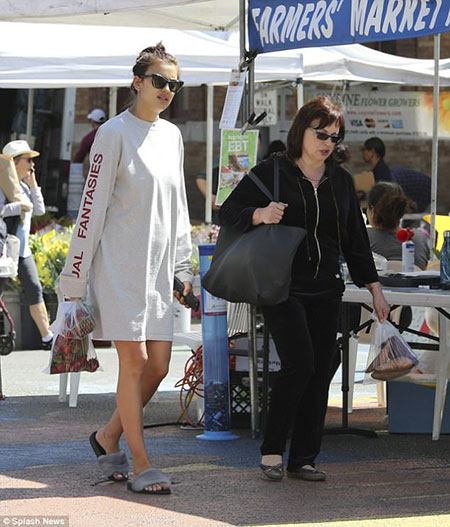 The couple first started dating back in springs of 2015, when they got spotted kissing each other in New York. 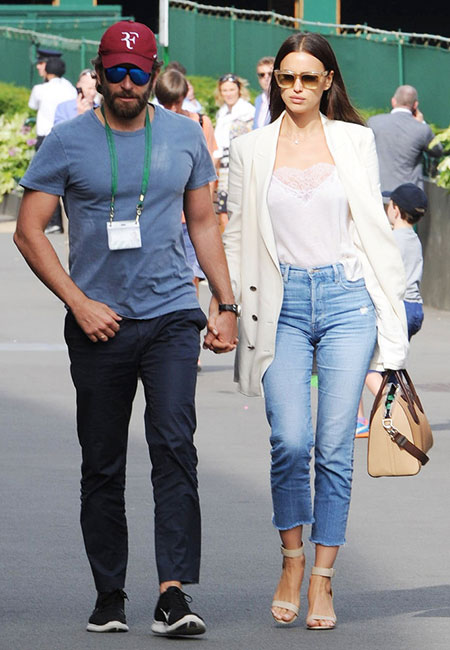 Brad and Irina in a Tennis Match
Source: In Style

Well, we are very happy for the couple and we wish that their family of three stick together and maybe marriage is on the cards, who knows? 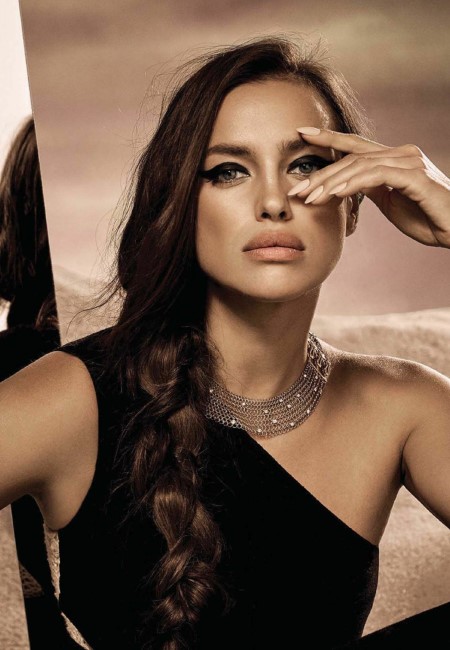