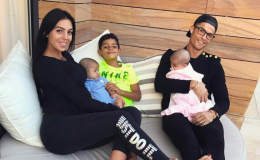 A Father Again! Cristiano Ronaldo welcomes a Baby with Girlfriend Georgina Rodriguez; He is currently accused of Cheating on his Girlfriend

Looks like Lionel Messi and Ronaldo are not only competing in the football stats. The Barcelona forward also announced that he is having another baby boy with wife, Antonella Roccuzzo. 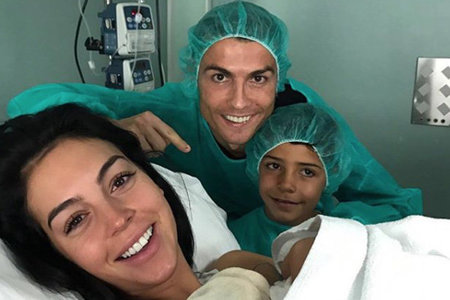 The 32-year-old forward shared the operation room photo together with his newborn baby girl, Alana, his girlfriend, and son Cristiano Jr.

His 115 million followers on Instagram congratulated him and his girlfriend. The child was born last night after the couple head out for a dinner date.

The news came hours after a reality TV star, Natacha accused the footballer of cheating on Georgina with her. The pair named their baby daughter, Alana.

This will be the latest addition to the footballers family after he added twins earlier this season, who were born via surrogacy. 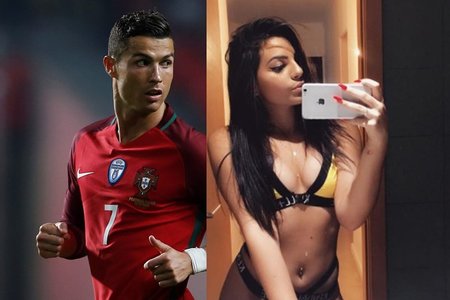 The player is recently accused of cheating by Natacha, Source: 101 Great Goals

Looks like the year 2017 went pretty good for the star. He not only won all the major trophies with his club, Real Madrid, he also won the Footballer of the Year award and is on the front race to win this year's, Ballon d'Or.

But his controversial life doesn't seem to get out as he is now surrounded by cheating rumors. Portuguese reality stary, Natacha claimed that both of them were quite close and even got involved physically despite the fact that Ronaldo was in a relationship with Geo.

He and Natacha first linked up after his break-up with then-girlfriend, Irina Shayk. The rumored couple allegedly exchanged a lot of Instagram and Whatsapp messages. 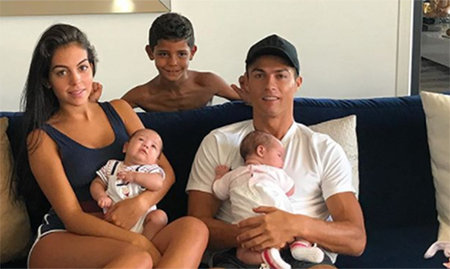 This will be the fourth child of the footballer, Source: Hello Magazine

Ronaldo is yet to comment on the matter as he is too busy celebrating the birth of his baby girl. We once again congratulate the couple and pray they stay together for a long time.