A New Successor For The Royal Throne; Kate Middleton Welcomes Another Boy With Husband Prince Williams 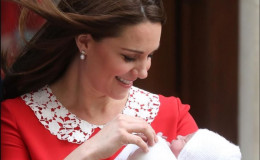 Kate Middleton became a mother for the third time as she stepped out from St Mary's Hospital alongside her husband Prince Williams.

The Duchess of Cambridge channeled her late mother-in-law, Princess Diana, as she walked out of the Lindo Wing yesterday. 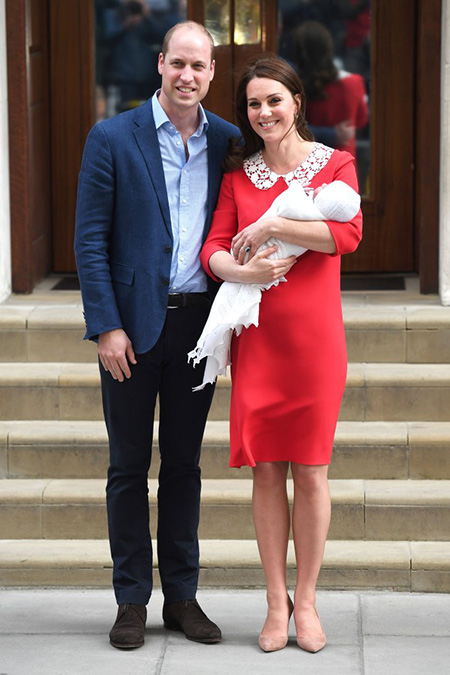 Seven hours after she gave birth to the third royal baby, she and Prince William came out from the St Mary's Hospital's Lindo Wing.

The baby boy was wrapped in a white shawl. The name of the royal baby is Louis Arthur Charles. The Royal spokesperson stated the Duchess of Cambridge was admitted to the hospital around 6:00 am.

The Royal Cuteness weighed 8lbs at the time of birth. He was born on the occasion of St George's Day. His two siblings, Prince George and Prince Charlotte also visited their sibling, six hours after his birth.

They were rushed off too soon after meeting.

“Her Royal Highness The Duchess of Cambridge was admitted to St. Mary’s Hospital, Paddington, London earlier this morning in the early stages of labor.”

“The Duchess travelled by car from Kensington Palace to the Lindo Wing at St. Mary’s Hospital with The Duke of Cambridge.”

She wore a red outfit which featured a white Peter Pan collar. The dress was specially designed by Jenny Packham.

The red dress symbolized the same dress Diana wore when she stepped out with Prince Harry for the first time. 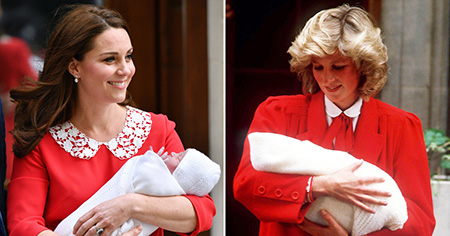 This is not the first time she has decided to give tribute to the late Princess Diana. Back in 2013, when she welcomed her first son, Prince George, she wore a blue polka dots dress.

Diana, when showing Prince William in 1982, also wore a similar in a dress. This will be the third child at the Kensington Palace and the now 92-year-old Queen will have her hands full.