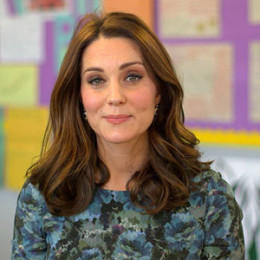 A member of the British Royal Family, Kate Middleton is often known as Catherine. Well, it because Queen Elizabeth conferred Kate with the title of Catherine before her wedding with Prince William. The 36-year-old Duchess of Cambridge has been named as Time magazine's 100 Most Influential People in the world in 2012 and 2013. Born to an upper-middle-class family, Kate Middleton is now highly recognized as "The Duchess of Cambridge". She was married to Prince William in April 2011 after being in a relationship for 9 years. She gave birth to the third, fourth and fifth in line to the throne.

Kate Middleton was born in 1982 on January 9, in Reading Berkshire, England. She has a younger sister- Philippa and a younger brother James. Her father has tied to British aristocracy and is benefited financially from trust funds which they established over 100 years ago. 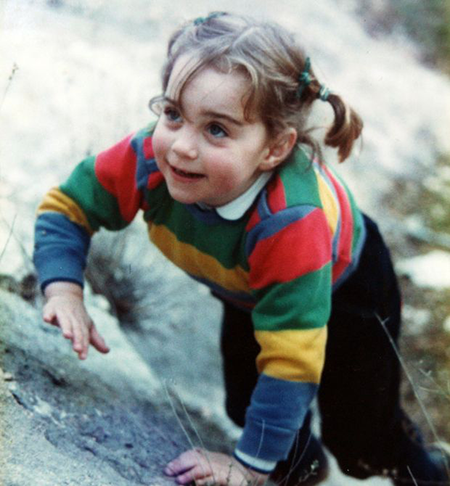 When Kate became a student at the University of St Andrews in Scotland and moved to St. Salvator's Hall- the same dormitory as Prince William of Wales. Kate and Prince William shared many classes in their course and became friends.

They used to share breakfast, walked together to the class but they were not interested in each other at first. It's because Kate was in a relationship with Rupert Finch whereas William was busy in dealing with the press.

In 2002, when Kate appeared in an exclusive fashion show. William was present there and when he saw Kate in a new way he attempted to get engaged with her romantically in that evening but she was still in a relationship with Rupert. 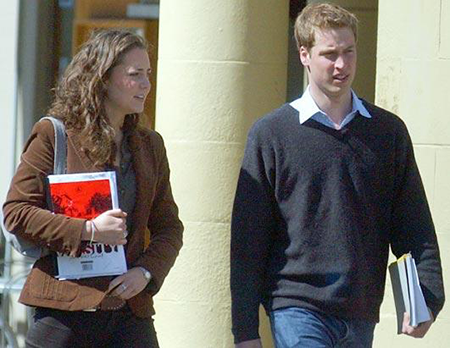 Rupert completed his graduation in 2002 and they parted ways because of distance. Although Kate and William started dating in 2003, their relationship remained unconfirmed.

They kept their relationship a secret due to William’s distrust of the media and press so they decided not to hold hands or be seen sitting together at dinner parties in public.

But in 2004, Kate was spotted in a ski trip along with the royal family. Her relationship with William became the main headline by the year 2005. They completed their graduation together with Kate earning an honors degree in art history. 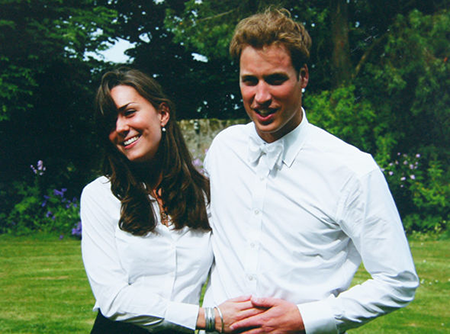 Kate Middleton and Prince William before they were engaged
Source: Daily Express

It was also announced that Kate will be having her own 24-hours security from the "Royalty" and Diplomatic Protection Department.

But when William headed off to a military academy, Kate faced the paparazzi alone. It was very difficult for her to find a job after being the girlfriend of the prince. As the position should be considered respectable by the royal family.

In 2006, Kate finally found an acceptable position as an assistant accessories buyer with the British clothing chain Jigsaw. Later she left the company in order to study portrait photography.

Youtube: When Kate Met William, A Tale Of Two Lives

In 2007, Kate and William publicly split because of the pressure by the royal family to either propose Kate or to let her move on her own life. William was very confused to take his relationship with Kate to the next level as he was too young to think about it.

So he broke off the five-year-long relationship over the phone. After the news was flashed out, there were many rumors which indicated that they were living together but both the parties denied the rumors.

In 2010, Kate and William were engaged in Kenya during their 10-day trip to the Lewa Wildlife Conservancy. 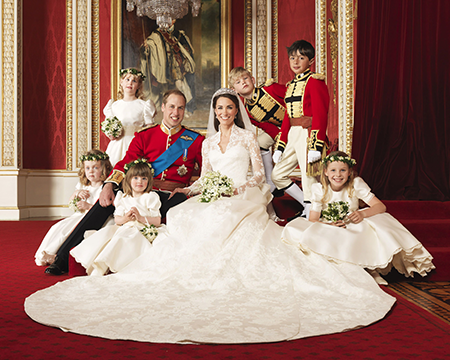 Just after one year of their engagement, thy married at Westminster Abbey in London. She wore a dress which was designed by Sarah Burton. And before their wedding, Queen Elizabeth conferred Kate with the title of "Catherin- Her Royal Highness the Duchess of Cambridge".

On December 3, 2012, St. James Palace announced that Kate was pregnant. On the same day, Kate was hospitalized at King Edward VII hospital with acute morning sickness. The official statement which confirmed the pregnancy:

On July 22, 2013, Kate gave birth to a baby boy- Prince George-the third in line to British Throne. He was weighed in at 8 pound and 6 ounces.

Again in 2014, Kate was pregnant with the second child. And on May 2, 2015, she gave birth to Queen’s fifth great-grandchild and fourth in line to the throne after Prince George, Princess Charlotte.

In 2017, Kensington Palace again announced that Duke and Duchess of Cambridge were expecting again. It was stated:

It was also included that Kate- The Duchess of Cambridge was suffering from morning sickness as she has during her first and second pregnancy.

And on April 23, 2018, a day after Queen Elisabeth’s 92nd birthday, the fifth in line to the throne, Prince Louis was born at St. Mary’s Hospital. There were also rumors that Kate Middleton is going to welcome Twins with Husband Prince William but all the rumors faded when Prince Louis was born. 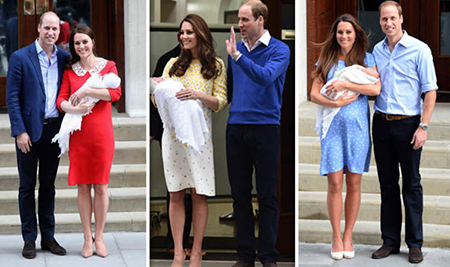 As per the report of Global wealth-tracking firm Wealth-X, Kate has an estimated net worth of $7 million. Well, her net worth is mostly in cash because she doesn’t have personal property or artwork.

But most of her net worth stems from Party Pieces- it is an online party supplies business. The company’s worth is estimated to be $50 million.

Kate’s net worth is a lot less than her husband Prince William. As his net worth is estimated to be $30 million. According to Wealth –X, William’s has $19 million in cash.

Kate is also a local volunteer leader with the Scout Association in north Wales. In 2012, she gave royal patronage to the M-PACT program which focuses on the impact of drug addiction on families as a whole. 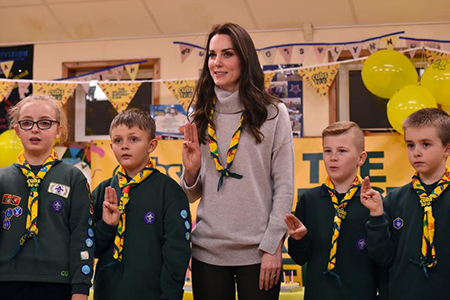 In 2018, she became a patron of the Royal College of Obstetricians and Gynaecologists. She launched a 3-year campaign that determined to raise awareness regarding the profile of nurses. She stated that the campaign was personal because her grandmother and great-grandmother were volunteer nurses.

Most recently in March 2018, it was announced that the Duchess of Cambridge- Kate would become the first royal patron of the Victoria and Albert Museum.

Their engagement was announced in November 2010 and after one year they married on 29 April 2011 at Westminster Abbey.

Prince Georg is third in line to the British throne, following Prince Charles and Prince William. He was born weighing in at 8 pounds and 6 ounces, at 4:24 p.m. local time