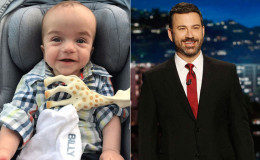 A real fighter! Jimmy Kimmel's son Billy had a successful Heart Surgery; Find out more about his Marriage life and Children

He is a fighter!

Despite being 7-months-old, Jimmy Kimmel's son, William John 'Billy' survived through a heart surgery. Talk about being born like a fighter.

The Jimmy Kimmel Live! host was sad after his son was born with a hole in the wall between the left and right side of his heart. 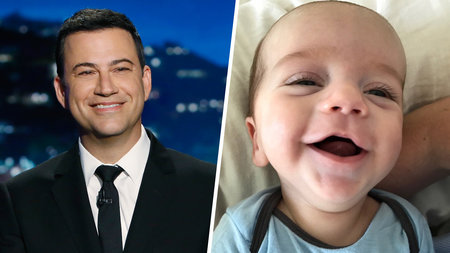 Yesterday morning was a big day for the Kimmel family as their newborn infant was about to have his operation. Soon as the doctor stepped out with the good news, Jimmy took a sigh of relief.

ABC network, in an official statement, said the 7-month-old “had a scheduled and successful heart surgery this morning.”

The network also added the host will not be available to host the show so some celebrities are going to fill his position. In his stead, The Avengers star Chris Pratt will host the show.

And after Chris, actors like Tracee Ellis Ross, Neil Patrick Harris and, Melissa McCarthy will host the show. A lot of big celebrities hosted the show because of Jimmy's absence. 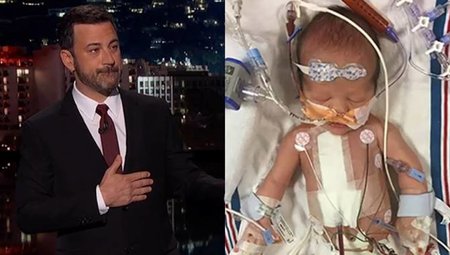 Jimmy's son Billy had to go through surgery because of his health complication,
Source: Global News

His son's operation was originally scheduled for October but due to his family issue, the operation didn't go as planned. The pair welcomed their son Billy in April.

But he had to undergo a surgery at the Children’s Hospital Los Angeles. The reason for the operation was his condition, the tetralogy of Fallot with pulmonary atresia.

In an emotional monologue, Jimmy said,

“Basically, the pulmonary valve was completely blocked and he has a hole in the wall between the left and right sides of his heart,”

Well, the pair is now elated as their son had a successful operation. They share a 3-year-old daughter named Jane. He is the father of two children, Kevin and Katie from his past relationship.