Aaron Solow is Dating Fellow Wrestler Bayley; Know about his Relationships and Career 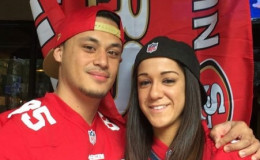 Aaron Solow; the handsome and lovable boyfriend of WWE superstar Bayley is also a wrestler by profession who performs on the Independent Circuit like WrestleCircus.

Aaron is in a relationship with Bayley for many years and in 2016 he got engaged to his girlfriend. So, today let us discuss the adorable couple in today's section.

The famous wrestler, Bayley is engaged to Aaron Solow. The couple is dating for many years and is now planning for their marriage. The couple first met while they were both pieces of training in California.

They share a strong bond but Aaron feels so annoying when he is mostly known as a fiancé or boyfriend of Bayley. 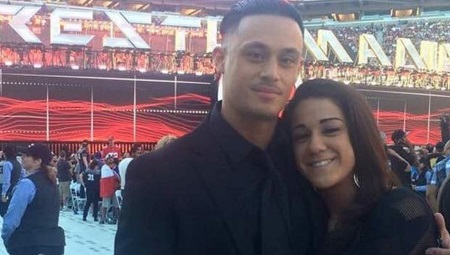 Aaron and Bayley together
Source: Heavy

He also uploaded a video mentioning his disagreement but this does not mean that he does not love Bayley. He just wants to be known by the public for his work and dedication but not by his girlfriend.

Though the lovebirds don't usually share images together on social media, we have found one of those on Instagram.

Bayley celebrated Solow's birthday in the month of February 2018 where she called her 'favorite man'. Have a look:

Happy birthday to my most favorite man in the whole world!! You may be old but you’re more handsome than ever @aaron_solow

We are still waiting for the pair announcing their wedding date but when will the day arrive?

Aaron's Career As A Wrestler

Before starting his career professionally, he took training in California. After the proper training, he started his career as a wrestler and performed with a variety of independent circuits.

Solow performed with Laredo Wrestling Alliance and is the former member of Anarchy Championship Wrestling as well.

He is also engaged with independent promos including Shine Wrestling, NWA Championship, Big Time Wrestling, and many others.

Don't Miss; Samira Wiley and her girlfriend Lauren Morelli got married, know about their relationship and dating history

Slow rose to fame after joining WWE as an alternative in 2016. The WWE was selecting the wrestler from Cruiserweight Classic but he was not among them.

As wrestling is the game where injuries can often happen. So, they kept some of the alternatives to recover those players and Aaron was one of them.

From this, his journey started in the WWE, as he played in NXT Takeover: San Antonio.

He loosed the game against Wolfgang. Moreover, he debuted in the Akira Tozawa's 205 Live but this time also he lost the game. 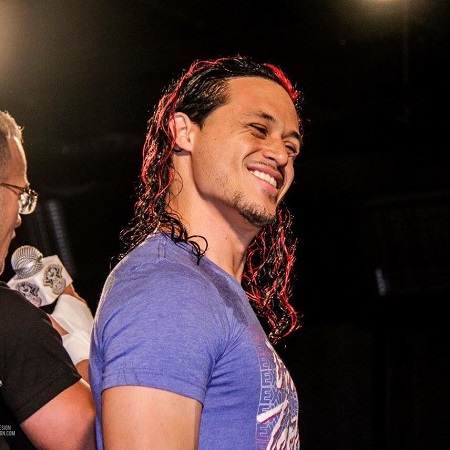