Home Article Samira Wiley and her girlfriend Lauren Morelli got married, know about their relationship and dating history

Samira Wiley and her girlfriend Lauren Morelli got married, know about their relationship and dating history 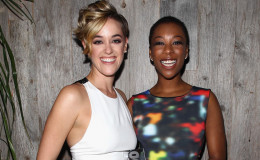 Samira Wiley and his girlfriend Lauren Morelli tied a knot in a private affair. Their wedding was much talkative thing in media as their marriage was called lesbian marriage.

Marriage is not a noun; it's a verb. It isn't something you get, it's something you do, It's the way you love your partner every day.

Well, we are talking about the recent marriage of Hollywood beauties Samira Wiley and Lauren Morelli which took place on 25th March.

The wedding was nothing less like a fairy tale and if you want to know the most lavishing wedding of the year then keep reading the article!!!

25 March 2017, was the most memorable day for Samira and Lauren as they took vow together and officially announced as life partners. 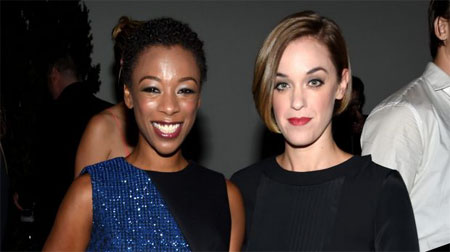 Samira and Lauren posing for a photoshoot, Source: SMH

Their stunning wedding took place in Palm Springs, California where the couple first celebrated their engagement, it was an intimate and personal affair.

They both look really stunning at their wedding dress as both wore Christian Siriano, Wiley in a white, flowing dress and Morelli in a caped jumpsuit and their beautiful picture was shared by Martha wedding.

Major congrats are in order for @OITNB's @whododatlikedat + @lomorelli! ?? We're sharing the first exclusive pic from their stunning Palm Springs wedding - and how amazing do these two look in custom @csiriano?! Check out our Stories to get all the wedding details! #marthaweddings ??: @josevilla | ??: @bethhelmstetter

Samira and Lauren first met on the set of Orange Is the New Black where Lauren was a writer for the show and Samira was a supporting actress.

At first, they both refer one another just a good friends but eventually, they realized their feeling for one another.

Before their official announcement, the duo often spotted together enjoying their vacations.

Check out the photos below and believe us they look amazingly superb in their bikinis. 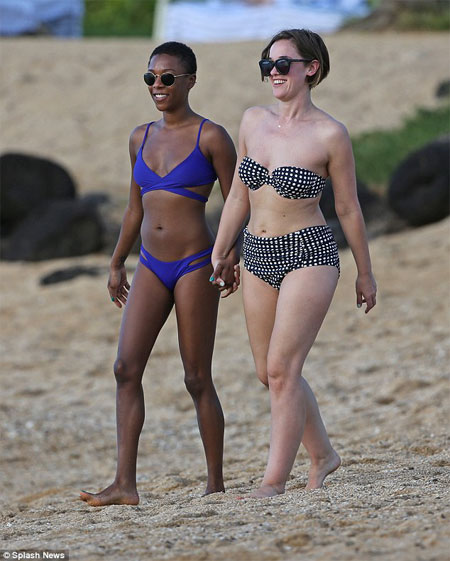 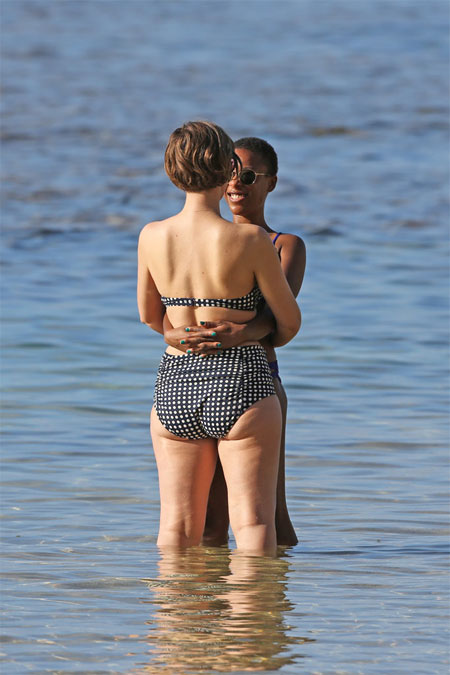 Holding one another at the beach, Source: Radar Online

The best part of their relationship is they never hide their feelings for one another as they always appreciate each other and this thing surely melts our hearts.

The best wedding card they received was from Samira BFF Daniel about brides getting their periods and it was really funny as well as contain the reality.

We wish their relationship will always get stronger and stronger each day.

After getting the truth of her sexuality, Lauren divorces her husband and break the six-year-long relationship in 2014. 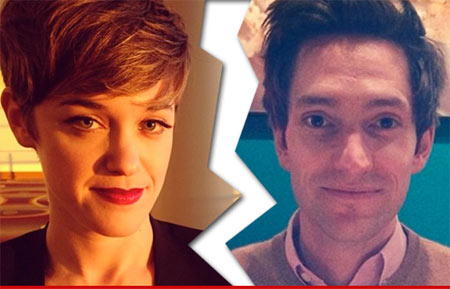 Lauren with her ex-husband, Source: TMZ

Lauren came out publically about her sexuality as she said,

"I went through it all on set: I fell in love with a woman, and I watched my life play out on screen. And now, as we are gearing up for the release of Season 2, it feels liberating and appropriate to live my life in front of you."

Though today Lauren and Steve are not together but they refer one another very good friends and still are in touch.

At last, we want to congratulate both of the beauty a happy married life and want to wish them all the best for their upcoming projects.