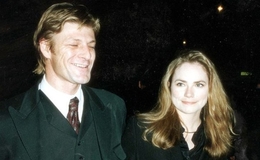 There's a happily ever after for every woman. Sooner or later, every girl will eventually find the love of her life, even if it means enduring multiple failed relationships and marriages.

Actress Abigail Cruttenden, likewise, suffered a divorce before the universe finally united her with the true love of her life with whom she has been together for nearly a whopping of two decades. But, before she met her person, the Richmond-born actress was married to renowned actor Sean Bean.

There must a little fewer people who don't recognize the name Ned Stark, one of the short-lived protagonists in George R.R. Martin's classic turned HBO hit television series; Game of Thrones. And, the role was portrayed by none other than Bean who is also prominent for his appearances in The Lord of the Rings and Patriot Games.

And, Cruttenden who is better known for her performance in Not Going Out and Jane Eyre met Bean, an already two times divorcee in 1993 whilst working on the set of Sharpe where she played his on-screen wife; the role of Jane Sharpe whilst Sean took over the role of Richard Sharpe. Needless to say, it was whilst working on the project together, Abigail and Sean became closer and ultimately fell in love.

Cruttenden and Bean dated for several years before they decided to walk down the aisle in November 1997. As a matter of fact, Bean's daughters; Lorna and Molly Bean from his second marriage to Stardust actress Melanie Hill served as the bridesmaids at their wedding. Cruttenden was 29, whilst her groom was 38. 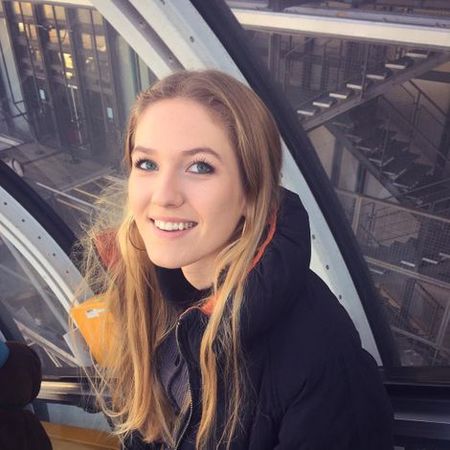 Cruttenden looked stunning in a white bridal plunging gown accompanied by an enormous lovely flower crown whilst Sean looked handsome in a black tuxedo. And, not long after their wedding, Jonathan became pregnant with Sean's child, Evie Bean, born on 6th November 1998. Evie attended the University of Bristol.

Their marriage, however, couldn't succeed to blossom for eternity as they parted ways when Evie was only a few months old. Bean and Cruttenden's marriage's divorce was finalized in 2000. Since their separation, Bean went on to marry twice with his current relationship counting to Ashley Moore. 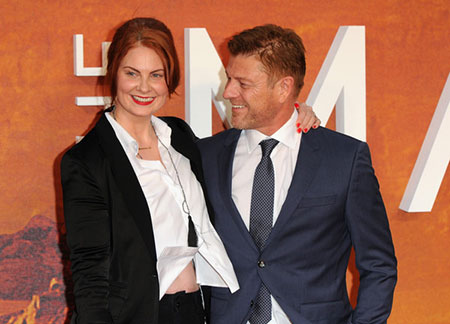 As for Abigail, she tied the knot for the second time with her current husband three years later since her separation from Bean.

Cruttenden's Happily Ever After With Jonathan R. Fraser

Then Cruttenden met her real Prince Charming; the knight in shining armor, Jonathan R. Fraser whom she tied the knot in 2003. Since her separation from Bean, Abigail preferred to keep her personal life extremely private. Clearly, in comparison to Bean whose relationships are known to the public, the case doesn't match with Cruttenden. 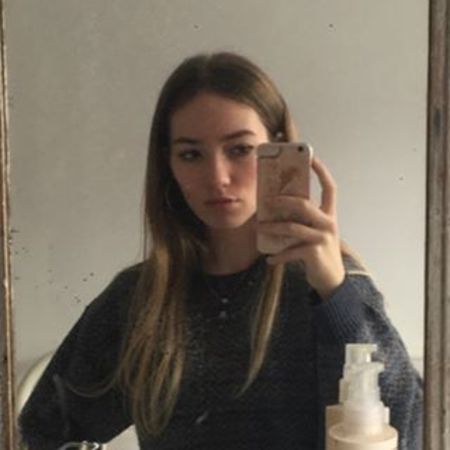 Cruttenden and her husband Fraser both despise the attention of the public. Not to mention, the Citizen Khan star even has her social media on private mode. The couple is blessed with a daughter named Merle Fraser though.

It's sort of surprising for a lot of fans who still have no idea that Cruttenden is actually the sister of actor and comedian Hal Cruttenden who is credited for his roles in Britains's long-running soap opera; EastEnders and Kavanagh QC. 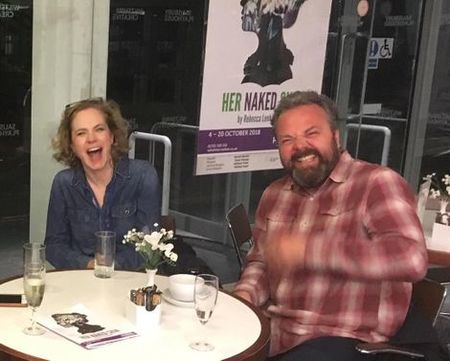 And, unlike his older sister, Hal is pretty active with social media where he updates his whereabouts. As a matter of fact, he is married to wife Dawn Coulter-Cruttenden whom he dearly calls Dawnie. They have been together for a couple of decades with two daughters who helped him pick up the name for one of his shows; Hal Cruttenden Chubster.

Meanwhile, both Abigail and her brother were raised by their late mother Julia Cruttenden who unfortunately died early at the age of 74 in 2013. Mrs. Cruttenden was diagnosed with a brain tumor called Glioblastoma Multiforme, one of the most serious and aggressive kinds of cancer, in January 2012.

And, in honor of her late mom and to raise awareness and charity for the Brain Tumour Charity, one of the largest brain cancer research institutes known globally, Hal announced that he would be walking 100 kilometers on Sahara deserts in February 2021.

Julia Cruttenden who inspired her children to follow the footsteps in the entertainment industry was a makeup artist who operated the prestigious makeup institute, Greasepaint Makeup School in London. She was survived by her husband, children, and four grandchildren.