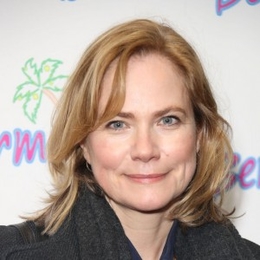 Special Mention of the Jury Award winner, Abigail Cruttenden is an English actress. She is popular for playing the role of Anna in the series Not Going Out. Cruttenden is the regular cast of the series since 2014. Furthermore, she also appeared opposite her ex-husband Sean Bean as his onscreen wife Jane in the series Sharpe.

How Is Her Marital Relationship With Current Husband? 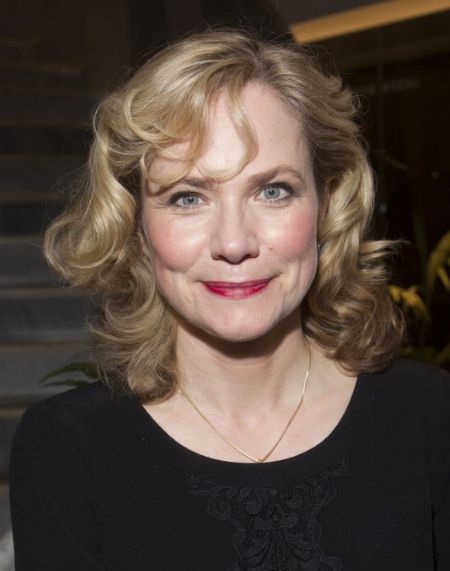 After moving on from the divorce with her first husband, Not Going Out cast, Cruttenden met her second partner in crime Jonathan in 2001. Since then, their love story began, and they dated for around two years before tying the nuptial knot.

The lovebirds walked down the aisle in December 2003. Cruttenden and her lover Jonathan kissed and pronounced themselves as a husband and wife in front of their close friends and family in a closed wedding ceremony.

Benidorm actress and her hubby have a daughter from their marital relationship. The husband and wife welcomed their child Merle Fraser after around four years of their marriage in 2007. 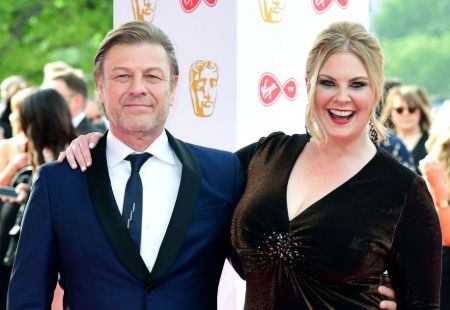 On the other hand, her ex-spouse, Sean Bean, is in a conjugal relationship with his wife, Ashley Moore. Though his former wife, Cruttenden, is married twice, it is the fifth marriage for Sean with his current spouse Ashley. The pair wedded on 30th June 2017. Just like Cruttenden and Jonathan, Sean and his current wife Ashley are also enjoying their marital life without any conflicts.

As of now, Cruttenden is living happily with her husband and child. She is maintaining a peaceful relationship. So far, there are no rumors of her extra-marital affairs and divorce. Nevertheless, Cruttenden makes rare public appearances with her spouse and child. Maybe, she does not want to be surrounded by unwanted rumors and controversies.

The 51 years old actress Abigail Cruttenden was married to Sean Bean prior to her marriage with Jonathan. Her former husband Sean is a prominent English actor well known among people for his portrayal of John Marlott in the series The Frankenstein Chronicles. 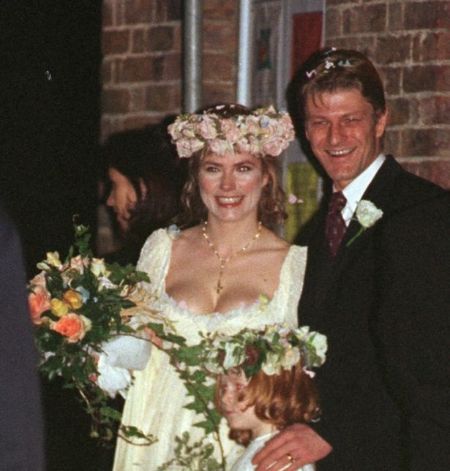 Cruttenden and Sean met each other on the set of Sharpe. Shortly the pair fell for each other and began dating. After being in a romantic relationship for a few years, the lovebirds decided to take their relationship to the next step.

Finally, they exchanged the vows on 22nd November 1997 in an intimate ceremony. From their relationship, the former husband and wife share a child, daughter. They welcomed their kid, Evie Natasha Bean, on 6th November 1998. 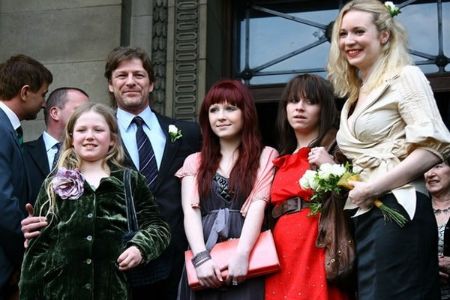 Actress Abigail Cruttenden attended farewell of her daughter Evie along with ex-husband sean SOURCE: The Sun

How Much Net worth Does Abigail Cruttenden Have?

Citizen Khan cast Abigail Cruttenden summons a handsome amount of money from her prolific acting career. Cruttenden's net worth is around $4 million as of 2019. Being active in the entertainment industry since 1982, Cruttenden has appeared in the box office hit movies and TV series.

Besides this, her former partner in crime Sean Bean earns a tremendous amount of money from his acting career. Sean has a net worth of $20 million as of 2019. During the divorce settlement, Cruttenden probably received some amount of money as well as property from Sean as alimony.

Keep in touch with Marriedwiki for more news and biographies.

An English actress Abigail Cruttenden married her husband Sean Bean in 1997 but the couple later divorced in 2000.

An English actress Abigail Cruttenden is in a marital relationship with her boyfriend turned husband Jonathan R. Fraser since 2003.

Evie Natasha Bean is the daughter of an actress Abigail Cruttenden and her ex-husband Sean Bean.

Merle Fraser is the daughter of Abigail Cruttenden and her spouse Jonathan R. Fraser.