Home Article Actor Brett Tucker and his girlfriend Trilby Glover are still together. Did they get married?

Actor Brett Tucker and his girlfriend Trilby Glover are still together. Did they get married? 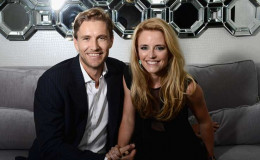 Brett Tucker and Trilby Glover are in a hidden relationship for over six months. They have been spotted together several times.

Brett Tucker and his current girlfriend Trilby Glover are in the headlines for their alleged relationship. One of their closest friends revealed that the couple has been in a relationship for over six months.

Brett Tucker and Trilby are undoubtedly one of the cutest couples in Hollywood right now. However, it was not the couple who announced their love.

Their romantic appearance on various events tickled their affair rumors. 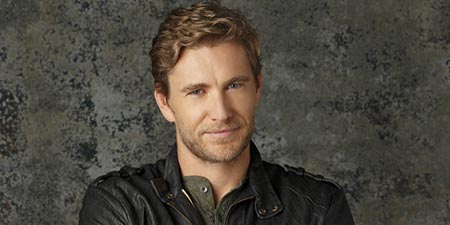 According to reports, the actors are serious about their relationship. They might also start living together within a short period of time.

Rumors are in the air that the couple is waiting for the perfect time to announce their love in front of the world.

The couple was spotted together several times

Recently, they were spotted at the U.S Open Tennis Tournament together. Their romantic attitudes revealed that they are in a relationship.

Not only that, they were spotted holidaying in the Caribbean to escape from busy US schedules. Looks like Brett and Glover want to share some private moments before getting hitched!

Are They getting married?

For now, the couple is not in any plan of starting a conjugal life. They are so much in love. Yet, they have not made it official.

So, people, you might have to wait a little longer to see them as husband and wife.

The Handsome Hunk of Hollywood, Brett Tucker, is a native of Australia. Before Trilby, he had several relationships.

After his relationship ended, he said that they were just more friendly and nothing more than that.

Also Read: Is Australian Actor Brett Tucker dating anyone after breaking up with Eliza Taylor? Does he have any girlfriend?

For years, this Aussie hunk remained single unless Trilby approached his life.

Brett was known for his good looks from his early college days. The actor has been able to melt the hearts of many (especially girls) because of his striking face, body and acting skills.

Trilby Glover is an Australian actress best known for her roles in 'The Starter Wife' and 'Righteous Kill'.

She is a dedicated actress with good looks and attracting body figure.

The gorgeous has never been in the news for hookups. Her relationship status says she is still single and ready to mingle?? Seems like she found her first love in Brett.

Whether they announce it or keep it as private, it does not matter. What matter the most is their relationship. Their appearance and gestures showed that they are so much in love.

Seems like this time Brett Tucker is on a serious move with actress Trilby Glover.