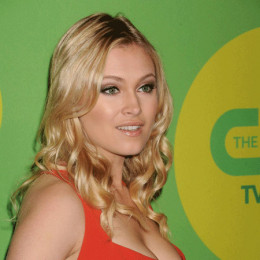 An Australian actress who is widely popular for her role as Janae Timmins on the Australian series Neighbours (2005-2008). When she was young her parents split up and she was raised by her mother and her stepfather. When she was young she wanted to be Marine Biologist. She completed her high school from Calder High School. She debuted with a lead role in a movie named Pirate Islands. She is a great admirer of an actress like Katherine Heigl and Scarlett Johansson. She also works as The Actors Nest Fitzroy Street, St Kilda. She has also made a guest appearance in TV Series Blue Water High.

Her parents had divorced when she was too small. So, she was raised by her mother and stepfather along with her three siblings; two sisters and a brother.

Her mother is an author and graphic designer whereas her stepfather was a stand-up comedian. As per source, her biological father used to own cafes around Melbourne.

Eliza completed her education at Calder High School. She was a member of the Australian Youth Choir. She learned drama at a different place in Melbourne.

She started her career as a child artist in 2003 through TV series named Pirate Island. Later she appeared in The Sleepover Club where she portrays the role of Rosie Cartwright.

In 2005, Taylor got her big breakthrough role in the Australian soap opera Neighbours,  she played the character of Jane Timmins.

After working for two years, she left the show in order to pursue her career in the USA. On December 19, 2007, she starred in Christmas pantomime as Snow White.

Currently, she plays a lead role in the new CW post-apocalyptic drama series The 100. She joined the show on March 1st, 2013 which helped her to gain popularity among American audiences. In 2016, she was nominated for Choice TV Actress at the Teen Choice Awards.

Currently, the beautiful actress is possibly single but she has a goddaughter named Linda.

However, previously she was dated many handsome hunks. In 2008, she was romantically linked up with Brett Tucker but after a certain time the duo had broken up their relationship.

Later she met Lincoln Lewis and eventually fall in love but after a year of togetherness the couple couldn't handle their relationship and split apart.

The 27-year-old stunning actress has gained lots of name and fame from her acting career as she is considered as one of the successful stars. Her net worth is estimated to be around $2 million.