Home Article Actor Cody Longo and Stephanie Clark happily married in 2015, Have they got a child?

Actor Cody Longo and Stephanie Clark happily married in 2015, Have they got a child? 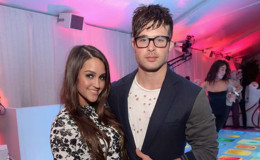 Cody Longo the actor and the singer might be the hottest dad of 2016. After marrying Stephanie Clark, it seems Cody's life has been filled with blessing and happiness.

There may be the number of girls who are crazy him, but for Cody, only two girls rule in his heart; His wife and his daughter Lyla.

Cody and Stephanie Nicole Clark started dating in August 2014 both hit it off, and after five months of their engagement, they tied the knot in October 2015.

Sometimes we just need to meet the right person to spend our whole life as Cody and Stephaine did. 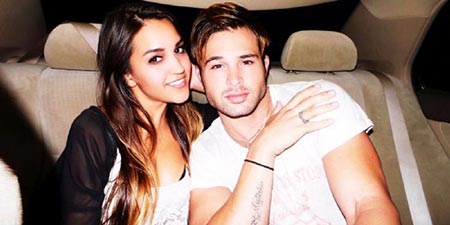 In 2016 the sweet couple was blessed with a daughter, and the hot and happening couple become the parent of beautiful fairy-like child Lyla Lou Alia Longo.

All seems well with Longo family, and there is no chance of any fight in this family. We just hope best for this family.

Cody 30-year-old actor has stolen the heart of many girls and millions of fans. Let us see the list of celebrities that he has dated before Stephanie Clark.

Cody and Cherie started dating in December 2012. They were together for 11 months and then they were separated in November 2013. Cherie is also a popular actress.

Rachele Brooke Smith is an actress, dancer, producer, model, choreographer, master teacher, and motivational speaker. They were not together for long, but they started dating after Cody broke up with Cassandra in 2010.

Cassandra Scerbo is a singer, actress, and songwriter like Cody. Cody dates her for a year. They started dating in February 2009 and broke up in September  2010. She was very famous for 'Bring It On: In It to Win It' (2007).

Whatever his past was we are happy that he is married now to the beautiful dancer Stephaine. we hope his child grow up to be a wonderful human being as her father and as graceful as her mother.

Stephanie Clark is a 29-year-old American Choreographer. She is renowned for Titans Cheerleader.

You May Like: American Actor Will Estes is unmarried with no past affairs or girlfriends: Rumored to be a gay: Focused on career: No time for a relationship

She is also a professional dancer and a creative director. She was also cheerleader of NHL and NFL. She met Cody in 2014, and the rest is history.

Cody Longo is a multi-talented person; he is an actor, singer, songwriter, and producer. He started his career on stage theatrically and musically.

Longo likewise has his hand in Charities and pushing to keep both Art programs in schools locally and keep on helping manufacture lodgings that give tutoring to kids.

The couple is living a very blissful life together as per their official Instagram sites, Cody and his wife are might be expecting their second child.

Happy Father's Day to my sweet man..You are the BEST Daddy, we could not be more blessed. Thank you Jesus! I love you hunny bear!??????

Though the duo has not officially announced the news, we can see Cosy wishing his daughter a "Happy Father's Day" and also mention about her little brother.

I love you my angel..& your soon to be little BROTHER as well.. #HappyFathersDay God is Good!! Proverbs 20:7 (Read this in context, Dads) If I teach her anything today, it is to lead, filled with love in her heart. That is all.

Well. If the rumors are true then all the best wishes to the wonderful duo to have a healthy and happy family life ahead.

The blessed couple Longo and his wife Clark welcomed their second child, a son named Elijah Christina in October 2017.

Full of Love.. Happy Thanksgiving, we hope that along with your bellies, your hearts are full as well today.

There's no doubt that Longo is living a sweet, beautiful and complete family. He frequently shares his happiness being with his lovely wife and adorable kids via Instagram and Twitter.