Home Article American Actor Jensen Ackles and his Wife Danneel Ackles got married in 2010. Know about their family and children

American Actor Jensen Ackles and his Wife Danneel Ackles got married in 2010. Know about their family and children 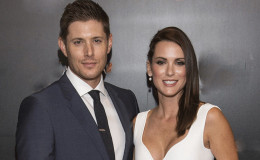 Jensen Ross Ackles (born March 1, 1978) is an American actor and director. He is known for his roles in television as Eric Brady in Days of Our Lives, which earned him several Daytime Emmy Award nominations, as well as Alec/X5-494 in Dark Angel and Jason Teague in Smallville.

The hottest and the sexiest American actor Jensen Ackles is best known as one of the stars of the CW's cult hit series Supernatural. The phenomenal and talented actor has won the hearts of millions of his fans with his hit show that airs every weekend.

So, when people watch his show, everyone wonders now and then thinking "Is Jensen Ackles married or single?", probably hoping that he's single because he's so HOT! Well, the truth is, Jensen is no longer an eligible bachelor as he has already tied his knots with the beautiful actress and popular model, Danneel Harris (now Ackles).

Let's find out more about this powerhouse couple's married life and what they're up to these days.

The dreamy couple tied the knot on 15th May of 2010 and since then they have been enjoying each and moment of their life together.

According to sources, Jensen and Danneel got married after three years of dating.

They organized a big, fat wedding with all the media and tabloids around. The wedding took place at sunset at the Crescent Court Hotel in Dallas, Texas.

The duo, who co-starred in a movie "Ten Inch Hero" together has now celebrated six years of successful marriage.

Danneel Ackles, a gymnast and a model who is best known as  Rachel Gattina from 'One Tree Hill', first encountered Jensen on the sets of their first movie, "Ten Inch Hero".

After working together, they became close friends for a decade. Soon their friendship turned into a magical bonding of love and respect and eventually got married.

The two them has been truly blessed with happiness and contentment through their blissful marriage.

Also, there has not been any malicious rumors or gossips related to the couple's divorce or having any affairs with other celebrities.

Hence, their love life serves as a big inspiration for many, especially in Hollywood, where relationships do not last that long.

When there are love and commitment, there's a perfect family and the family of this couple is amazingly perfect.

They have a daughter of three who was born on May 30, 2013 and named them Justice Jay Ackles, little JJ Ackles.

Not only that, recently, the Supernatural star Jensen Ackles revealed that his actress wife Danneel is now expecting twins, a boy, and a girl.

On Wednesday, the actor took the big announcement to Instagram to share their happy news with a picture of two adult-size boots and a child's set - next to a pair of two new little pairs.

Adding a couple of pairs of boots to the family later this year. #crazytimesahead

Also, he tweeted about the big announcement with much excitement and happiness. They also revealed the names of their to-be-born twins. How cute!

Danneel, JJ and I are excited to announce the birth of our twins Zeppelin Bram and Arrow Rhodes. They were born early yesterday morning.Everyone is doing great! #twinning

We wish from the bottom of our hearts that this wonderful couple always stays together and have a happy and perfect family.