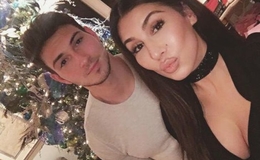 The handsome hunk aka Robert Scott Wilson shared dreamy chemistry with co-star Victoria Konefal on Days Of Our Lives, but when it comes to his offscreen life, he is romantically linked with long-term Janelle Faretra.

Who Is Robert Scott Wilson's Girlfriend?

Throughout the years since soap opera actor Robert Scott who is highly prominent for his performance as Ben Weston on the popular NBC's Days Of our Lives came to the limelight, his love life, and sexuality rumors predicting he was gay frequently hit the tabloid.

It, however, wasn't until he publicly claimed his love for his girlfriend, Janelle Faretra, on social media that dates back to 2012, the speculation stopped. Of course, fans were heartbroken to learn the news, but hey, at least, the actor is happily in a committed long-term relationship. 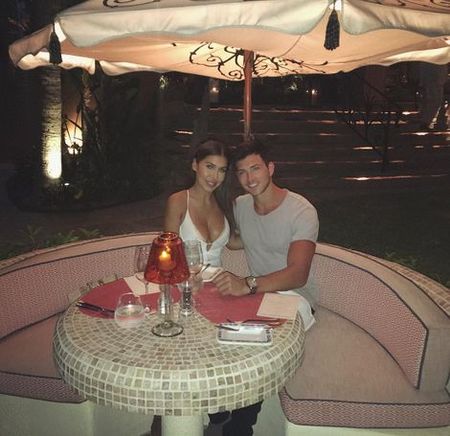 Matter of fact, Robert and his potential future wife had been actually dating for a quite while by the time he made his relationship official to his fans on Instagram. And, at this point, you must be wondering about the identity of Miss Faretra.

Well, Janelle Faretra is a professional makeup artist who has worked with international top brands and A-listers celebrities including Kylie Jenner's BFF aka Scott Disick's girlfriend, Sofia Ritchie, Chrissy Teigen, and Hailey Baldwin. She even has more than 72000 followers... and counting on, on her Instagram, as of 2019. 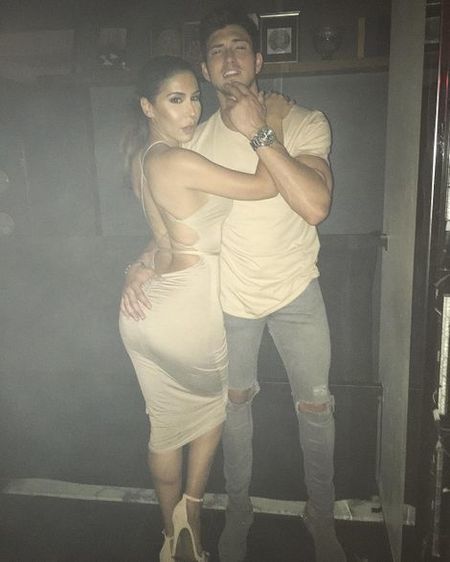 Robert Wilson and girlfriend Janelle has been together since 2011. SOURCE: Rob Scott Wilson Instagram

And, one can't just deny how hot the couple looks together. Robert's fit and toned body and Janelle's perfect body and model face definitely make a good pair.

How Did Rob meet Janelle?

To be precise, Wilson and Faretra's relationship began at the end of 2011 and not long after that, their romance just blossomed. Even more precisely, the pair met when they had to share the same flight to Los Angeles.

But, Robert knew about his then-future girlfriend through his friends who were the ones to inform him about Janelle he was going to share the flight with. Not to mention, Janelle was also moving into the same flat with his friends. 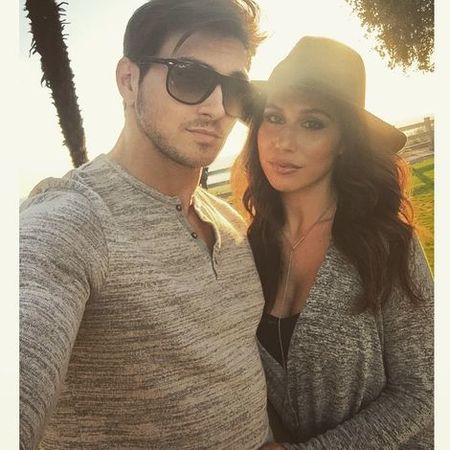 Rob Wilson and Janelle Faretra met when they first shared a flight to LA in 2011. SOURCE: Rob Scott Wilson Instagram

Their first meet, however, wasn't what Wilson imagined it to be like when Faretra appeared to be 'standoffish' and rude. But, the misunderstanding cleared off soon when the makeup artist discloses how embarrassed she was to be meeting an actor without wearing any makeup.

Yes, Janelle was aware of Robert's Hollywood status and even considered that she would love to meet him. And, likewise, the rest is history. As a matter of fact, Janelle also hails from Boston too, the same place where the All My Children actor was born and raised.

On the other hand, to consider that Janelle and her handsome beau has been lucky in love for more than seven years, fans can't stop but wonder if the couple might get engaged to be married anytime soon.

Of course, neither Rob nor his girlfriend has addressed the rumors yet. The two, in fact, isn't married yet, let alone engaged. But isn't it obvious, when it happens, the lovely couple will share the exciting news with their fans?

View more romantic Gossips and Biographies on your favorite Hollywood celebrities on Marriedwiki.com.