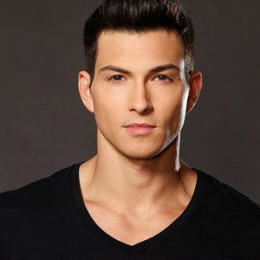 An American model and actor, Robert Scott Wilson is currently single. He is well known for being the first male model of "The Price Is Right". Early in his acting career, he appeared in an episode of the Nickelodeon on series "Supah Ninjas". Robert Scott graduated from Grafton Memorial High School. He also played the character of Peter Cortlandt in the online revival of former television series "All My Children" in 2013.

Wilson appeared in episodes of the television series "The Secret Life of the American Teenager and The Middle". He has appeared in the feature films Bride Wars, Surrogates, Friends with Benefits and The Social Network. He also appeared in music videos for Victoria Justice, Manika, Toni Braxton, and David Guetta. Robert Scott has not disclosed any information about his personal life on social sites.

Robert Scott Wilson was born on November 9, 1987, in Boston, Massachusetts, US. He is American and belongs to the White-American ethnicity. He graduated from Grafton Memorial High School and soon after his graduation he moved to New York in 2006.

The Massachusetts born actor has been in a serious relationship with girlfriend, Janelle Faretra, a professional makeup artist since they first met in 2011 whilst sharing a same flight to Los Angeles.