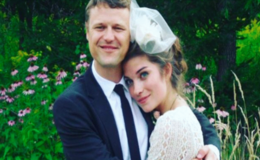 Ever wonder what happens when a beautiful actress's fate gets united with an Indie band member? We don't know much, but looking at this couple, it's safe to say beautiful things surely happen.

Ladies and gentlemen, do allow us to introduce Canadian actress Annie Murphy and her husband, Menno Versteeg. And, with losing their apartment completely to fire, Murphy and Versteeg have seriously been through a lot together.

Annie Murphy & Menno Versteeg; 'Wherever You Are Is The Place I Belong'

Originally from Ottawa, Murphy moved from places to places to enhance her acting career. The Picture actress quit Queen's University and moved to Montreal to study acting. Fast forward today, Annie is one of the top-notch television actresses based in Toronto. 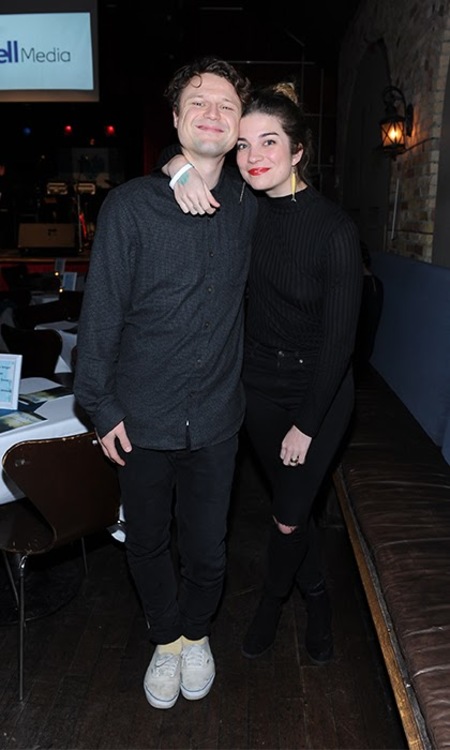 There's not much difference with Murphy's partner either since Versteeg's indie rock band was originally formed in 2007 in Ottawa, as all of its members were native to the place. The band as known as Hollerado, which, unfortunately, split in 2019, traveled across Montreal and Toronto too.

And, after briefly dating several years, Annie and Menno chose the auspicious date of 11th August of 2011 to unite as husband and wife. Eight years later since their lowkey wedding, the couple is still going stronger. And, as of Jan. 2020, focused on their career, Annie and Menno are yet to start a family of their own.

Murphy On Losing Home To Fire; Had Only $400

In 2014, Murphy and her husband endured a really dark time after their apartment was completely destroyed by fire. The couple lost all of their belongingness including the actress's favorite teddy named 'W' she had since childhood. 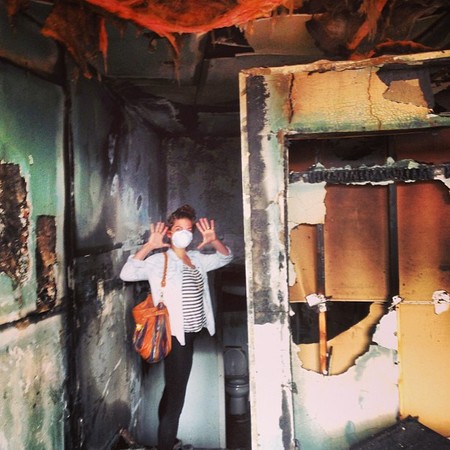 Murphy and Versteeg had only returned home after staying at Murphy's parents' cottage over the weekend when they found out about the event. Not to mention, the tragic incident happened just shortly after the actress auditioned for her role in Schitt's Creek.

And, with only $400 at her bank account and being jobless for over two years, one can only imagine what it must have been like for Murphy. The actress, and her husband, who thought such unfortunate incident could never happen to them, learned their lesson. But, the damage was already done. 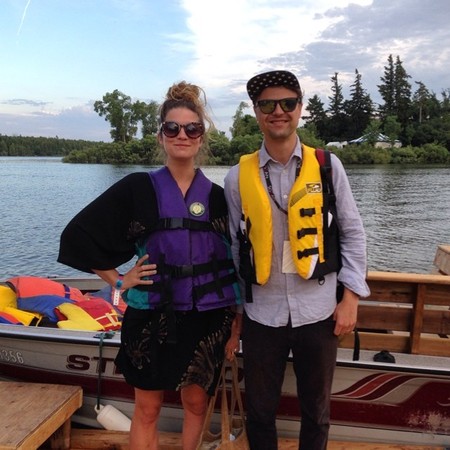 The two then stayed at Versteeg's parents' home for months before they finally afforded their new home. And, to have her husband by her side at such a devastating time, Murphy couldn't feel more grateful.

Versteeg even wrote a song called Firefly (Annie Murphy) based on the fire experience. FYI, Firefly is featured in the Hollerado's 2015's released project called 111 Songs. The song is the only single to be released from the album.

On the bright side, fortunately enough, Annie got the role of Alexis Rose for Schitt's Creek, which is what helped her to build her new home and recover from the loss. Speaking of the event, Annie publicly admitted to realizing the presence of a tunnel in every end.

And, at the ends, all that matters is the fact that Murphy and Versteeg went through it all together and still have each other's back, to this day.

View Marriedwiki.com for more lovely Stories and Biographies on your favorite celebrities.