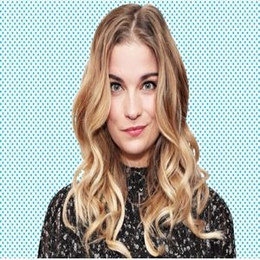 Canadian actress Annie Murphy is best known for her role as Alexis Rose in the television series Schitt's Creek. The show airs on CBC/ITV. Her performance on the show also earned her a Canadian Screen Award. Besides that, some of her other credits include Rookie Blue, Flashpoint, Beauty and the Beast, and many more and also some theatre work in Montreal and Toronto.

Who is Annie Murphy married to?

Unlike other celebrities who like to share their personal life via their social media outlets or press conferences, Annie is quite secretive about the topic. Surprisingly she has not been involved in any time of big controversies to this date. Her personal life details are often hard to find as the actress likes to keep mum about her family and romance.

What we do know is that the Canadian native is married to Menno Versteeg. Murphy and Versteeg got married on the 11th of August, 2011 and have been together for almost eight years. The couple celebrated their seventh anniversary on the 21st of August, 2018. The lovely duo treated their fans with a photo on Instagram to mark the celebration. 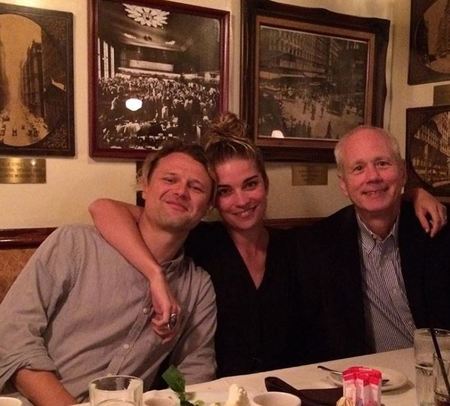 Actress Annie Murphy with her husband at the celebration of their 7th anniversary. SOURCE: Instagram(drjrocks)

So, who is Menno? Well, the lucky man is a member of a band named Hollerando. The band focuses on Indie Rock as its signature music genre. He is also an actor who has starred in movies like The Trotsky, The Plateaus, and Kim's Convenience.

Annie and Menno do not share their personal life with the media and have kept their pre-marriage dating details under the shadows. They sometimes share their wishes and daily life via tweets and Instagram. Also, the actress has not shared anything that indicates the welcoming of their third family member.

The couple has a tight-knit relationship. No information about their disputes or any news on the pair getting divorced has come to the public eye. In 2015, Annie jokingly shared a tweet saying she was getting divorced from her husband. The reason was just a food preference.

Annie Murphy talking about her dispute with her husband regarding pizza. SOURCE: Twitter(Annie Murphy)

A few years back, the couple had to go through a horrible accident. Apparently, their apartment got caught in a deadly fire. In an interview, Annie shared the bitter experience with her fans.

She said that they lost everything they owned and had to move to Menno's grandparents' house for the time being. The pair eventually recovered from the incident and moved on.

Social Media And Net Worth

With such gorgeous aesthetics and a knack for acting, it is of no surprise that the actress has amassed a ton of following on the social media. As of 2019, she has 43.6K followers on Twitter and 170K followers on her Instagram account. She often shares her marital and personal experiences through the media. 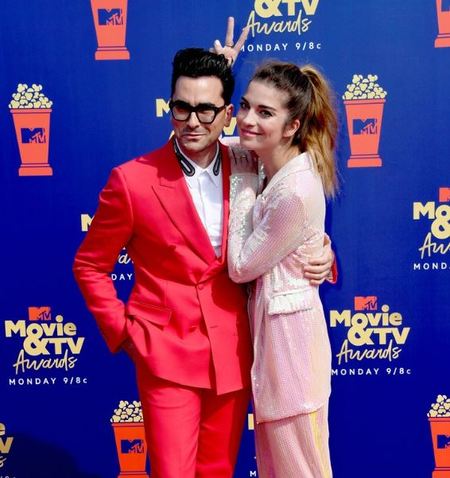 With all the credits under her name, the young actress enjoys an estimated net worth of $3 million. Her husband's net worth and assets have not been clearly identified though.

Physique And What Is She Up to Now?

The beautiful actress stands at a fairly tall height of 5 feet 7 inches. She has a healthy body weight of 58 kgs and has a gray eye color. The Ontario-bred has blonde hair and maintains an attractive physique despite her age of 32 years.

Now, the actress is busy with her involvement in the fifth season of Schitt's Creek. Fans are giving a lot of love and appreciation for the star. She is starring along with other stars like Jay Ryan and Kristin Kreuk.