After divorcing wife Ife Sanchez, Is Aaron Sanchez dating anyone? Or single? 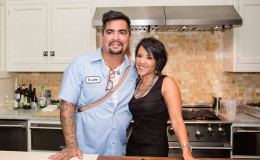 Award-winning chef Aaron Sanchez, a popular television personality, and a celebrity chef, has left the media curious about his current dating status and personal life.

The handsome chef-dad who seems to be on the Food Network nearly every hour these days has not revealed anything about his relationship status. But, here, you will find everything you would want to know about Sanchez.

After divorcing wife Ife Sanchez, is Aaron Sanchez dating anyone? Or single? Let us find out the mysterious personal affairs of Aaron in today's section!!!!

Aaron Sanchez hasn't yet officially announced his current relationship status but it seems like the chef moved on with someone new in his life. For instance, the 44-year-old took a cozy picture of himself with a beautiful lady in a yellow dress on December 12, 2019. Sanchez wrote,

"Excited to come back home to El Paso tonight in order to celebrate the release of my new memoir "Where I Come From" with my family.

The lady in the picture seems like Aaron's new love of his life assuming the way they're leaning on each other. Believe it or not, Sanchez currently resides in El Paso, Texas with his alleged partner, his son Yuma and the chef's parents.

Aaron Sanchez, the executive chef, and part-owner of Johnny Sánchez with locations in New Orleans, Louisiana, and Baltimore, Maryland, was married to singer/performer/songwriter Ife Sanchez Mora, a Detroit native. 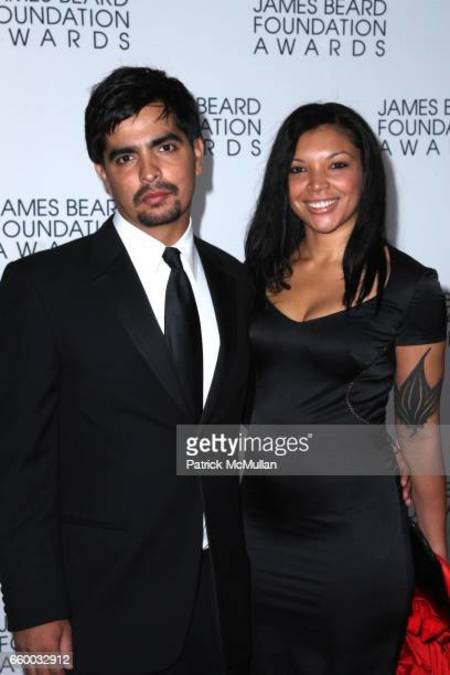 They officially tied the knot in 2009. Sources claimed that they met at a dinner party of a common friend and later, they discovered that they lived only four doors away from each other in the same building.

Sanchez told the sources that he was blown away by her singing talents whereas Mora was highly impressed by his cooking skills.  It seems both have their own fetish for each other that made this couple to go crazy for each other.

During their wedding, Aaron made quite an out-of-the-blue decision. He wanted the wedding to be a potluck!!. So, he invited 15 of his closest friends, each one a chef (including Amanda Freitag and Chris Cosentino), and asked them to bring the dish of their choice. 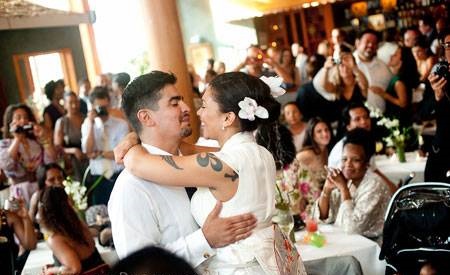 However, after more than two years of a happy marriage, this perfect couple decided to part ways and divorced in 2012 due to personal differences and misunderstandings.

There were not any gossips about them having extra-marital affairs, so it can be said that the couple split with mutual understanding.

The celebrity chef's now ex-wife is dating a guy named #drterencekeel on Instagram. She's been in an intimate relationship with her latest partner since April 2017. Ife and Terence are united as lovers for over three years now and waiting for the right time to walk down the aisle. 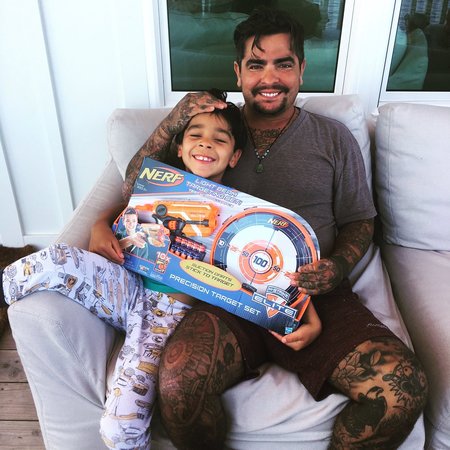 Even though Mora has moved on with the love of her life the culinary artist remained single following their split. Aaron lives a sound life with his son Yuma in Texas, United States.

Aaron Sanchez - Father to a Son

My son with a gift from his abuela. What’s one of your favorite gifts from a family member? #lafamiliaprimero #MexiCAN

#TBT to when Papi Pequeño was just a wee lad. What's your favorite memory with your kids or young family members?

Although the couple has split up, they have managed very well in taking care of their children together.

Ife's youth was spent with countless encounters and jamming with some beloved jazz figures like Sun Ra and Miles Davis. 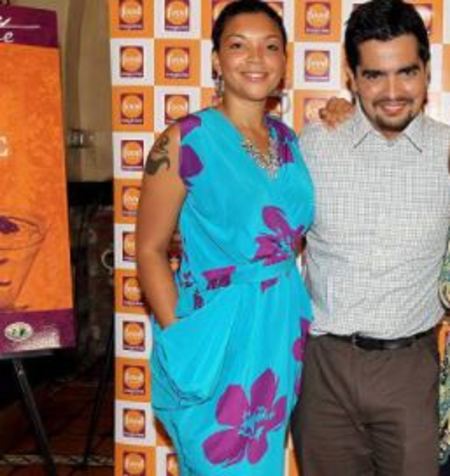 The rising singer/songwriter in the music industry has released her new album recently Fire Inside Me which is based on the artist's real-life relationship with her ex-husband.

She also told the sources that the songs in her album reflect the journey of a woman finding herself through painful times.

It seemed Mora was still struggling to get over her incomplete relationship with her ex Aaron Sanchez until she met and fell in love with her new partner. Well, Ife has been dating her boyfriend Dr. Terence D Keel who is also a professor at UCLA.

Let's hope that both the couple finds out ways to move ahead in their lives without creating any problem in raising their children together. Following the divorce, the player remained single.

How Rich Is Aaron Sanchez?

Aaron Sanchez possesses an estimated net worth of $4 million as of March 2020. He receives a salary of $45,000 to $400,000 salary from his career as an entrepreneur and celebrity chef. 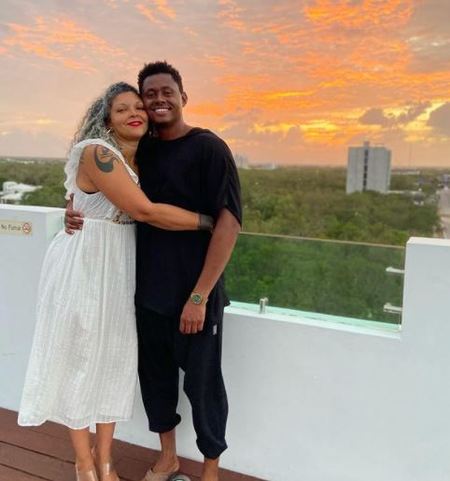 Speaking of lifestyle, the culinary artist drives a lavish black Bentleycar which costs around $160.000 to $240,000 approximately. He resides in a luxurious New Orleans house.

Likewise, Sanchez returned as one of the judges for the twelfth season of Masterchef alongside Gordon Ramsay and Joe Bastianich.

Well, he is a very handsome and hardworking person and he might find someone very soon who will always love and supports him.

For more updates about your favorite celebrity follow our page, MarriedWiki!!!!!!!!