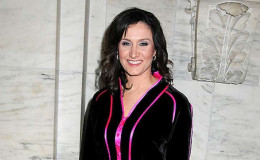 CNBC journalist Michelle Caruso-Cabrera is pretty open about her professional life and her daily endeavors but she is stealthy about her personal life and relationships.

She married Paulo Lima in the year 1999. However, the marriage could not last for long and after several years of togetherness they split up. Sources claimed that the two got divorced due to their severe personal issues and misunderstandings.

After her divorce with Paulo Lima, she has not been known to be dating or officially being in a relationship with anyone so far. However, there are rumors that she got engaged in 2015. 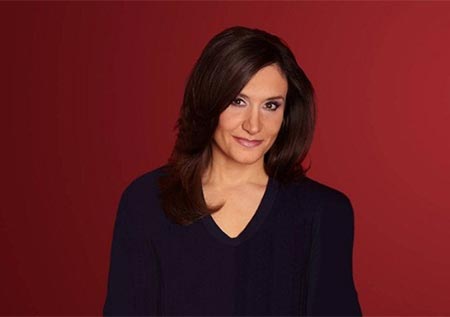 So there's no harm in saying that she did move on after her divorce with her first husband, Paulo Lima, the mysterious ex-husband of Michelle, who still appears to be an anonymous human being.

Michelle Caruso and Alec Baldwin Dating Each other

Alec Baldwin, '30 Rock' star, once approached Michelle Caruso-Cabrera through an agent with romantic intentions, as told by a CNBC source. He is said to have been utterly impressed by Caruso's personality and intelligence.

Sources said that his proposal ended up in a phone conversation during which Michelle told him that she needed alone time to sort things out and to move on after her divorce and declined the proposal.

You May Like: CNBC Journalist Julia Boorstin married to film producer Couper Samuelson in 2007. Do they have any children?

Another CNBC expert, however, claims that's not the whole story. He says Michelle turned Baldwin down because "she thought he was fat fuck and kind of a dufus".

Michelle Caruso-Cabrera; An Affair With A Banker

Caruso, in 2008, was linked with a Wall Street investment banker, Gary Parr, and rumors were that they were dating for quite a long time.

She met him when reporting a story that he was associated with. The reporter in her 40s still has a charm which is enough to make a man go weak in the knees.

Apparently, she is single and pretty focused on her career.

Greetings from the so-called spin room. It's going to be jam packed in a few hours. I will be on #facebook live at 8pm Eastern--and give you a tour of what's going on pre-debate. #debates #spinroom #debate #trump #clinton #cnbc #facebooklive @cnbc #politics

A photo posted by Michelle Caruso-Cabrera (@michellecaruso_cabrera) on Sep 26, 2016 at 1:12pm PDT

She does not have a child yet. Although her first marriage lasted quite long, the couple did not have any child.

Despite her reservedness towards her personal relationships, it is hoped that she would soon be able to open up about her past and present affairs and rendezvous!!

Also Read: Melissa Lee still not Married, is she secretly Dating someone? Know her Affairs and Relationships

We also hope that she would soon settle in her life and wish that there would be no headlines related to Michelle Caruso-Cabrera divorce or unsuccessful relationship stories in the future.