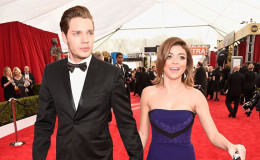 Imagine this. You are recognized as industry's talented actor, you have a perfect life and most of all, you have someone special in your life to share everything with.

Now, imagine all of this taken away from you in a snap! Pretty scary right! That's what happened to our very own beautiful and talented rising American actress Sarah Hyland who is famous for her role in the hit sitcom "Modern Family" as Hailee Dunphy.

Although she's still our rising star, her relationship, shockingly ended as a result of severe verbal and physical abuse by her boyfriend of four years, Matthew Prokop.

At some point in our lives, we've all been there and ending such toxic relationship and moving is the best solution and that's what the brave actress did. Now she has happily moved on with her new boyfriend, actor Dominic Sherwood.

If you want to find out more, let's start digging in!

The Disney Movie "Geek Charming", co-stars Matt Prokop and Sarah were once the teenage heartthrob couple and everyone dreamed of having a perfect relationship like they had.

But now this dream has become Sarah's worst nightmare. Before jumping into that, let's find out the relationship history of this couple.

Matt Prokop and Sarah dated in 2010

Since both were going through similar circumstances, struggling to make big in Hollywood, their love stars collided and they started dating. 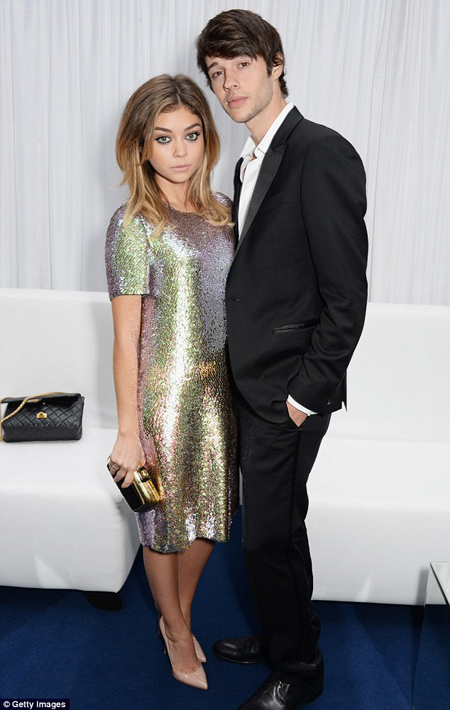 Both were head-over-heels for each other and madly in love. They were pretty much open about their relationship and even got into a live-in relationship. 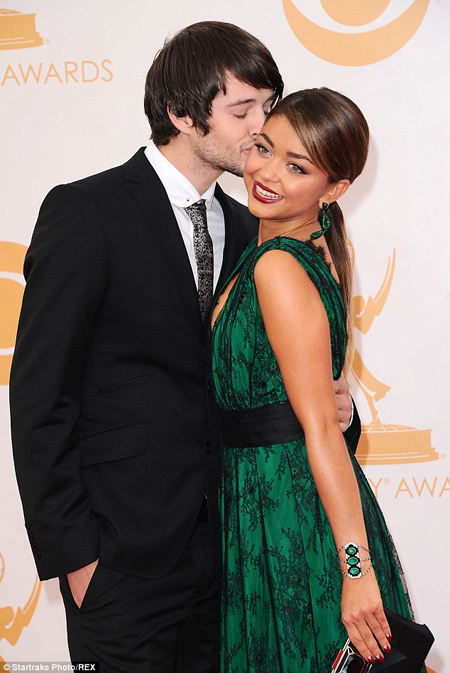 In an interview with EOnlie, Sarah gushed about their perfect relationship quoting that they are "Practically Married" and are not rushing into walking down the aisle.

Sarah filed for Restraining Order from ex-boyfriend Prokop, even claimed he choked her

Sarah and her ex Matt saw the horrifying end of their four years relationship which got even dragged to the court. Sarah broke up with Prokop in August 2014 and before that too, the couple had several on and offs.

Later on, September 19, 2014, news flashed all over the media reporting that Sarah had filed a restraining order against her ex, and claimed of verbal and physical abuse through out their relationship. 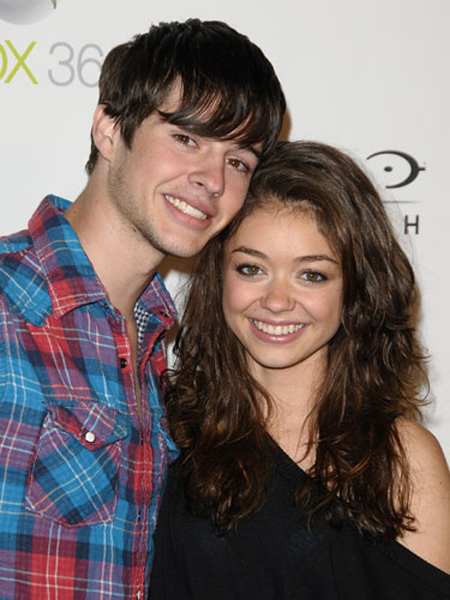 Sarah and Matt when they were dating, Source: Seventeen

In her court documents, she accused the 28-year old Prokop of violent behavior involving pushing and choking along with threats and emotional blackmail.

According to TMZ, Sarah was relentlessly fired with threatening and abusive texts and phone calls and voice mails where he even gave the actress suicide threats.

Here's an emotional video of Sarah Hyland talking about abuse from Matt, on The Meredith Vieira Show.

But the incident in the actress's car made this matter an abusive and destructive case. Sarah wrote everything that happened to her and quoted,

“His grip was so tight that I could not breathe or speak. I was scared and in fear for my life. I suffered voice injuries and had a “very sore throat following this event,"

Sarah is pretty close with her co-actor and TV mother, Julie Bowen and she had asked Julie and others to come to her house with regards to solve this matter peacefully without dragging it to the court. 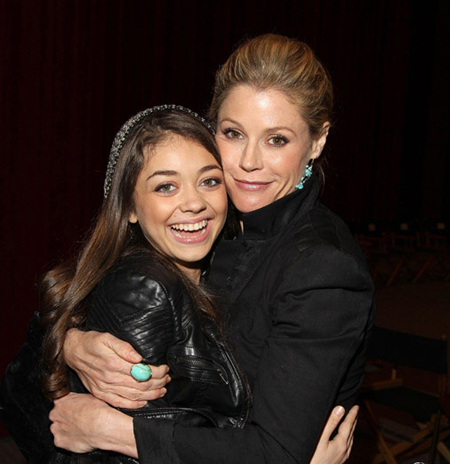 But as soon as Matt arrived and he found out what was going on, he ran outside towards the backyard and began screaming.

Witnessing this, Julie asked Sarah to immediately file for the restraining order and stay away from him.

Sarah has moved on with new boyfriend Dominic Sherwood

After ending her toxic relationship with ex Matthew Prokop, Sarah has finally found "the one" in her life and he is none other than the handsome Vampire Academy star, Dominic Sherwood. 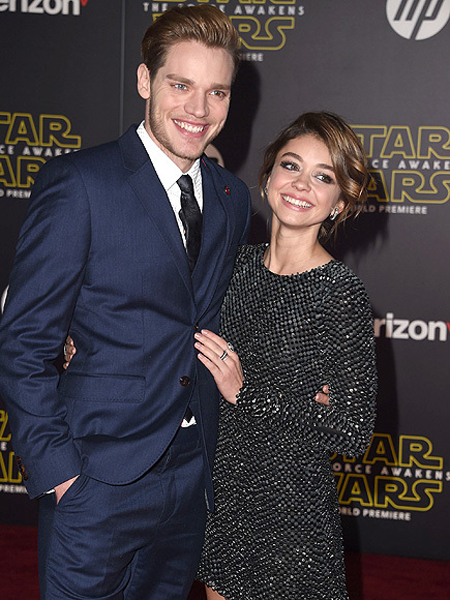 The adorable couple has been dating for over a year now and they are very open about their relationship. The pair made their jaw-dropping appearance in this year's SAG Awards on the red carpet.

In a live interview at the Vanity Fair Event at the Palihouse, West Hollywood, California, the duo revealed what they really love most about each other. Dominic quoted,

"This is really tough! Sarah makes me want to be a better version of myself, That's what I love most about her. She inspires me to be the best version of me."

Wait guys, there's more! The adorable couple also celebrated this year's Valentine's Day and the couple was seen having the best time.

They even got matching tattoos together! Relationship GOALS!!

Here's a video of Sarah and Dominic sharing a PDA in Star Wars Premiere Red Carpet.

In a nutshell, the gorgeous actress has finally moved on with her life from her disturbing past. And, Matthew on the other hand, is still in rehab, recovering from his anger and health issues.

We really wish her lifetime of happiness and best wishes in her future endeavors.