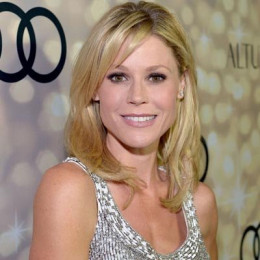 Julie Bowen Luetkemeyer, commonly known as Julie Bowen, is an actress. She is best known for her roles on Ed, Boston Legal, Modern Family. She is a daughter of Suzanne and John Luetkemeyer Jr, For the hit TV series Modern Family, she received Emmy and Screen Actors Guild awards.

Julie Bowen was married to Scott Philips for 13-year. They are a parent of three children, all boys. The couple filed for divorce in the year 2018.

Julie Bowen was born on March 3, 1970 (age 48), in Baltimore, Maryland, U.S. She is the daughter of Suzanne (née Frey) and John Alexander Luetkemeyer, Jr. Her father was a real estate developer.

She grew up in a well of family. For her studies, she went to Calvert School and then transferred to The Garrison Forest School. Again changing school, she started studying at St Georges' School in Newport.

She studied Italian Renaissance at the Brown University. During her junior year, she went to Florence, Italy. While at the college, she showed her acting skill and performed in Guys and Dolls, Stage Door, and Lemon Sky. The actor also studied at the Actor's Institute.

Julie Bowen started her career when she debuted in the 1992 soap opera, Loving. She showed her talent in yet another soap opera, Runaway Daughters (1994). Among other works, she worked in Happy Gilmore, Multiplicity and An American Werewolf in Paris.

She first came to prominence from her role in Ed (2000-04). She played the character of English teacher Carol Vessey. Since 2009, Bowen has been a series regular for the Emmy Award-winning, Modern Family.

For her portrayal in the show, she was nominated for 6 consecutive Primetime Emmy Award. The category of her nomination is Outstanding Supporting Actress in a Comedy Series (2010–15). She eventually won the award in 2011 and 2012.

Her other filmography includes Dawson's Creek, Boston Legal, Lost, Multiplicity, Venus and Mars, Joe Somebody, and Kids in America.

Talking about Julie Bowen's personal life, she was married to longtime boyfriend, Scott Phillips on September 9th, 2004. The couple together has three children and are often spotted together. 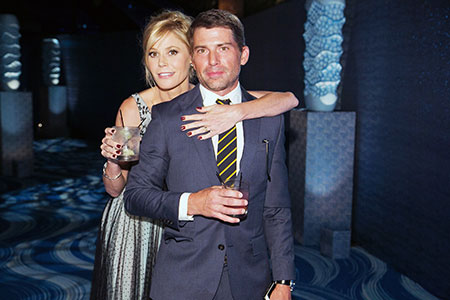 She was pregnant with her twins while shooting episodes for Modern Family. But looks like their happiness was not long lasting as after 13-years of marriage, they divorced in 2018.

According to the 48-year-old actress, the couple was struggling in their relationship for a long time and they were keeping it together just for the sake of their three boys. She said it was hanging by a thread.

Though they filed for divorce in February 2018 which was finalized on 13 September 2018.

The estranged couple reached to an agreement to divide their assets of $25.3 million exactly down the middle.

As per the agreement, Bowen received more than $13 million and the real estate investor receives $12.3 million.

On the other hand, details about their custody, child support and spousal support were filed in a private settlement agreement.

Julie Bowen is often considered as one of the elite actresses in the entertainment industry. Talking about her net worth, it is currently estimated at around $18 million as of January 2019. The main source of her income is from her acting career.

She is working on the series, Modern Family for a long time. Up until the third season, the per episode salary was $65,000 but it was changed in the fourth season when she started earning upwards of $150,000 per episode.

It is even rumored that her salary along with several other cast members, Ty Burrell, Jesse Tyler Ferguson, Eric Stonestreet, and Sofia Vergara will increase to over $350,000 until the eight seasons.

The house reportedly costs around $2.75 million and she purchased it in the year 2007.

Height: She stands at a height of 5 feet 6 inches tall.

He is the prince charming of Bowen who by profession is a real estate investor and software developer.

He was born safe and sound and these days he is busy attending his school.

He is a handsome little kid who has a twin brother. He is often pictured with his other brothers.

He was born safe along with his twin brother. He is cute and has got the smile like his father.