Everyone has the sight of his beloved boyfriend David Dobrik whom she has been with for a while. The couple is also known as one of the best YouTuber couples. But they did have some sort of problems going on around their relationship. Are they still together or broke up? Their fans are eager to know about their relation. Let's dig into her personal life.

YouTube Personality Liza Koshy Broke Up With David Dobrik? What Is Her Relationship Status?

The famous American YouTube personality, Liza Koshy is loved amongst her fans for making entertaining videos on her channel. She runs her own channel which has about 15 million and increasing subscribers and has also screened in some movies and series.

Looking at this cute YouTuber, one would easily fall for her and so did her ex-boyfriend David Dobrik. Yes, the fun-loving couple separated a little while ago. David also runs his own channel and has more than 7 million and increasing subscribers. 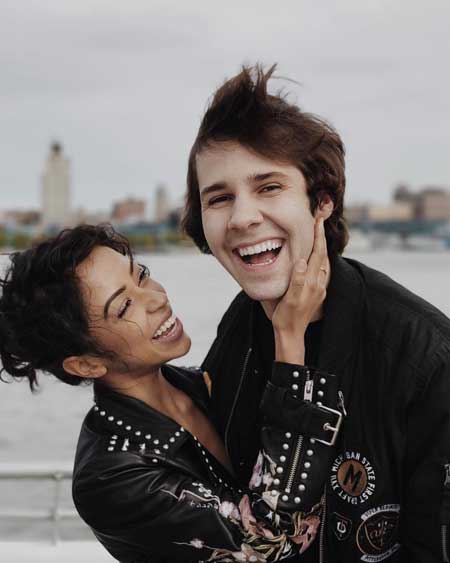 The pair has made several videos on each of their channels. The ex-couple started dating in 2015 and broke up in late 2017. The couple after breaking did not tell their friends for about 3 months and announced it officially through a video that they split up 6 months ago.

The reason behind the breakup was particular as other celebrities do, they did not have time for each other. They both sit in front of the camera and jokingly tells about what happened. The duo instantly goes from laughter to sobs in no time.

David says in his video,

"It wasn't healthy for us to continue to be together - for now, Liza broke up with me because she felt like we have been kind of distant because we had just been so busy and as much as I hate to admit it, I was feeling that way too but I just don't have the balls to pull the trigger on that to say we should take a little bit of a break."

The video has garnered over 35 million views till now and sharing the video was big of a deal for the duo. They quickly added that they are still best friends and there is still a possibility of them getting back together one day.

"One of us is going through some stuff, It's rough stuff but not stuff they can't get through. It's the kind of stuff that's in Tumblr quotes like 'Only time can heal' or 'You have to love yourself before you can love anybody else'."

Liza also mentions that they did not do anything to each other to cause this sort of tragic breakup and just need time for healing and growth. Their fans also left comments on the video expressing how sad they were from the decision.

the only person i'll let ruin my contour. here's proof that david dobrik kisses his fans. happy 571 days together cutie.

Looks like the pair did what they had to do for their own best and to be a little focused on their career.

Liza first started posting videos on the Vine in 2013 and she had over 5 million followers by the time Vine closed in 2017. Since 2016, she was already a member of YouTube platform. Till now she has acquired about 15 million and ongoing subscribers on her YouTube channel.

She also became 'the fastest YouTube personality to reach 10 million subscribers' in 2017 and has more than 1.6 billion views. She also opened up another channel on YouTube which has over 6 million subscribers and when combined, both the channels have more than 2 billion total views. 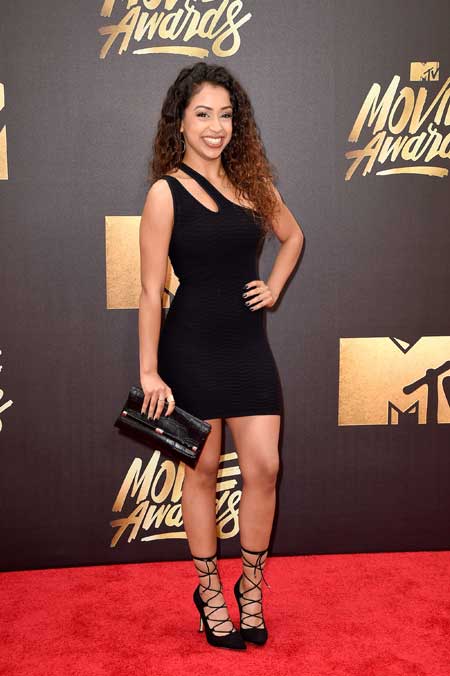 Liza has stepped into the Hollywood industry and has already acted in some movies and series
Source: TheList

Not only social media, she is in the Hollywood as well. She starred in the Hulu series Freakish as Violet Adams and reprised the role in the second season as well. She portrayed the role of Aday Walker in the horror-comedy movie, Boo! A Madea Halloween.

The lady is also into hosting as she has hosted several award shows including 2017 Golden Globes Awards, Total Request Live on MTV. The YouTube star is rising in the Hollywood industry and let's hope to see her in future makings of films and series. 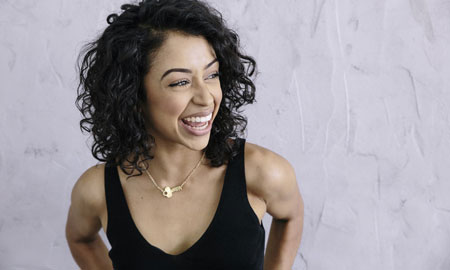