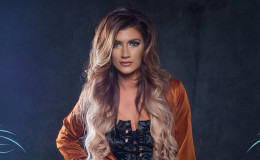 American singer and songwriter Lauren Ashley Daigle received a lot of praise and a number of awards and nominations for her first album 'How Can It Be' for which she received two Grammy nominations in a row.

One of Christian music's break-out artists, Lauren Ashley Daigle is winning the heart of many with her charismatic performances and amazing look. Has she been dating someone special? Let's get the details!!!

Is Lauren Ashley Daigle Dating Someone In Secret? Who Is Her Boyfriend?

Lauren Daigle amassed huge fan followers with her amazing contemporary Christian music. Though she couldn't win the American Idol 2010 and 2012, she has definitely achieved her goals with her singles 'How Can It Be' and 'Trust in You'.

You May Like; Ice dancer Meryl Davis and her boyfriend Maksim Chmerkovskiy's Dating life

Looking at her Instagram posts and the comments followed, we are sure the diva has a huge number of male admirers who are eager to know about her relationship status and be an intimate part of her life. 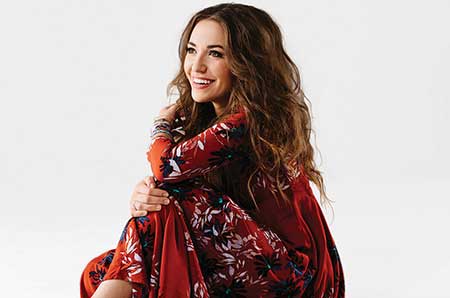 Lauren Daigle is most probably single at present
Source: Billboard

At the point of her rising career, it seems the diva isn't yet ready to concentrate on her dating life. During a Bloom Conference Hawaii, she frankly spoke about being single.

Tye dye & low light Waiting for some summer nights Dim fires & faded smiles Everything’s going be alright So does this caption thing work if we make it poetic!? @ashleymaewright

Whenever she encounters people and relatives, she's always trapped in questions about whether she's got the guy in her life.

"There's a partner out there that's running a race running at two lanes and at some point, it's going to be so integral for us to cross paths. And that's when the words gonna play with us for the rest of our journey."

She urged everyone to change the perspective of love and explained further,

"God just keep me wrapped up in your heart so that I can see exactly who it is that you are preparing for me down the road."

Not only this, she advised people around to choose the right person to be with for a lifetime.

Just enjoy the conversation in full version below:

As we all know, Daigle is single at present, we wish to see her with her soulmate very soon! On the other hand, while Daigle sure keeps her relationship and affairs news to herself, the singer often jokes with her fans about them.

Daigle once playfully posted a picture by urging fans to swipe to see the boyfriend. However, fans were fooled and ended up seeing a picture of a potato. As of November 2021, Lauren might be secretly seeing someone. But, until and unless the devout singer wants to talk about her relationship herself, fans can only wonder.

After working for a local band called 'The Assemble', Centricity Music invited her to attend a workshop that led her to sing on the Jason Gray single "Nothing is Wasted".

Centricity Music signed her in the year 2013. She came with her first single the same year 'Light of the World' in the album Christmas: Joy To The World.

Daigle's debut full-length album, How Can It Be was released on 14 April 2015. The album peaked on the 1st position on the Billboard Christian Albums Chart.

Moreover, the album also broke Top 20 on the Billboard Top Albums Chart at no. 16 for all genres. iTunes also named it as one of the Top Christian songs of 2014.

The single gained much popularity and praise from the audience that it reached Top 10 at NCA, AC Indicator, and AC Monitored. She was also named one of Christian music's breakout artists.

Also Read: American music singer Frankie Ballard: Girlfriend or wife? He seems to be busy in career and single

She received her first award 'Worship Song of the Year at the K-Love Awards in June 2015. Winning the 2016 Billboard Award for Top Christian Album, her album was nominated for the Grammy Award for Best Contemporary Christian Music Album in 2016.

BIG ANNOUNCEMENT coming later this month.
Sign up below to be the first in the know! -Team LDhttps://t.co/Vs0H43M3hd

She achieved another Grammy Award nomination in 2017 in the category of Best Contemporary Christian Song.

The album's success resulted in the release of How Can It Be: Deluxe Edition in May 2016. It included the acoustic versions of 'First' and 'Come Alive' and live performance version of 'How Can It Be'. 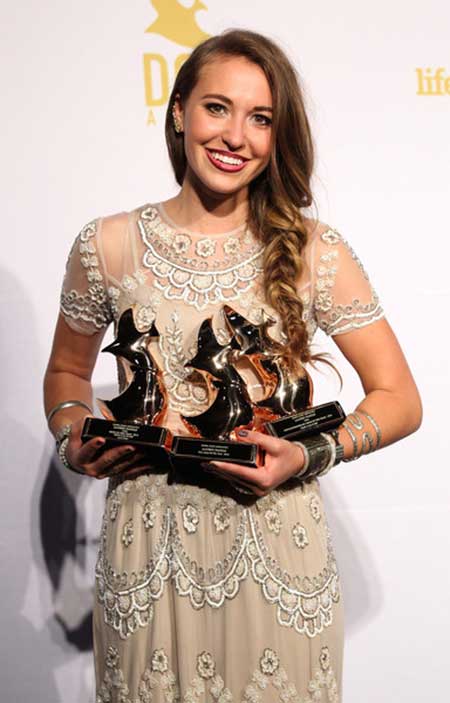