Home Article Age 36, American Actress Simone Missick Since Married to Husband Dorian Missick Since 2012; How Did The Couple First Met?

The bold actress, Simone Missick is married to Doran Missick for a long time now. She has starred in several movies. Let's know about the incredible actress so far.

Hollywood is one of the finest places which has made people coming from different background walk towards equality. The emerging star who is walking in the path of acting and is loved for her skills and beauty is none other than Simone Missick who is known for her lead role in the movie Luke Cage.

The actress married her fellow actor Dorian Missick and is living a blissful life. The interesting story about the couple is how they started dating. Her fans are willing to know how and where everything started between the couple. So we are here today to share some information about the couple.

Actress Simone Missick Is Long-Time Married To Dorian Missick; How It All Began

Simone Missick born Simone Cook is an American actress best known for her role in Luke Cage as Detective Misty Knight, The Defenders, and Iron Fist.

Working as an actress is a difficult work to do, but having a partner who works in the same field and understands the pressure and demands is a great advantage. 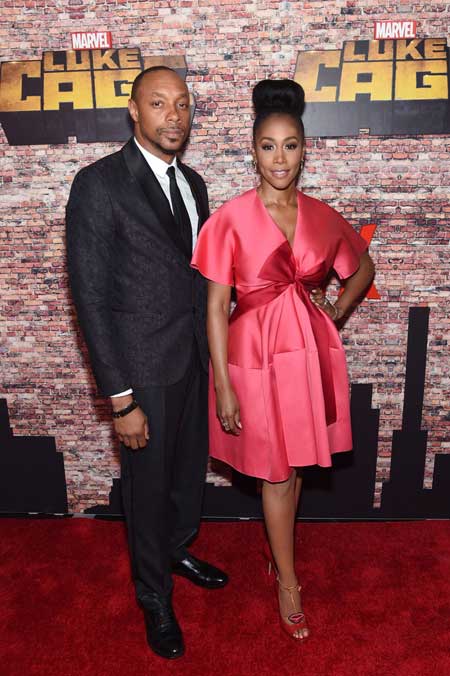 Simone with her husband Dorian at the red carpet
Source: BlackFilm

She married fellow actor, Dorian Missick who is a well-established actor and is well known for appearing in the movies like Lucky Number Slevin and Southland.

The pair first met at an audition in LA where Dorian's friend was the producer and Dorian was the director of the audition. Dorian's friend invited Simone to a party hosted at Dorian's house where he was Djing the whole thing.

The pair talked the whole time and surprisingly, next day was the valentines day and Dorian invited Simone over to dinner. The pair did not start dating right then as they both were in a relationship with their respective partners.

Simone said in an interview that one day Dorian suddenly came to her house and started acting weird. He said,

She even said that the most enduring part was he was really sad and even started crying. The pair then started dating and got engaged after about 9 months of being together. The couple tied the knot in February 2012. They share no children as they are still focused on their career.

Simone had a keen interest in acting when she was young. Anyone who has seen Simone's acting skill would know how incredible actress she is. Her passion for acting emerged while she was studying theatre at Howard University. 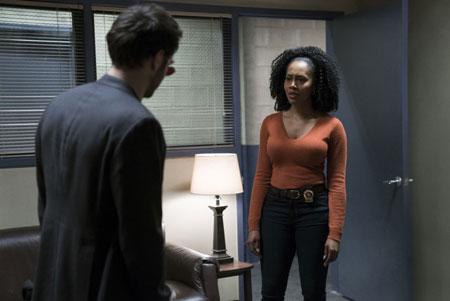 Simone acting at the sets of The Defenders
Source: Pinterest

Not only movies, her acting was so good that producers even offered her roles in series like Ray Donovan in 2014, Scandal in 2015, The Defenders and Iron Fist.

The talented actress has been in the acting business for a long time now and is rising in the industry for her talent and beauty. 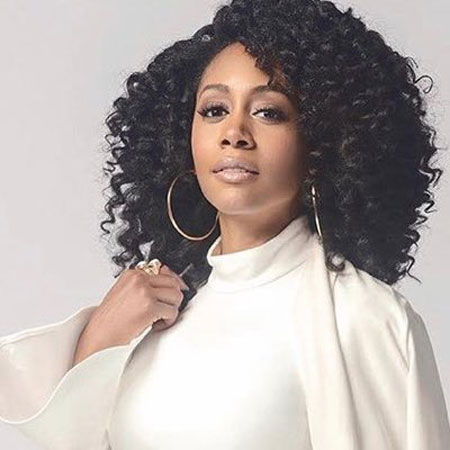