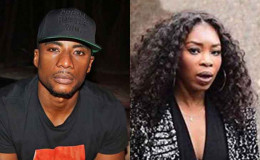 Charlamagne Tha God, the controversial radio host is also an American TV personality and an author. He is one of the popular hosts of The Breakfast Club.

Besides his impressive professional career, what do we know about his personal life? Let's get details about his wife and children over here!

Charlamagne Tha God is married to his high school sweetheart Jessica Gadsden. Sources reported that they have been together for as long as sixteen years.

Charlamagne and Gadsden got married in September 2014. They dated each other for about 15 years before they finally decided to get married. 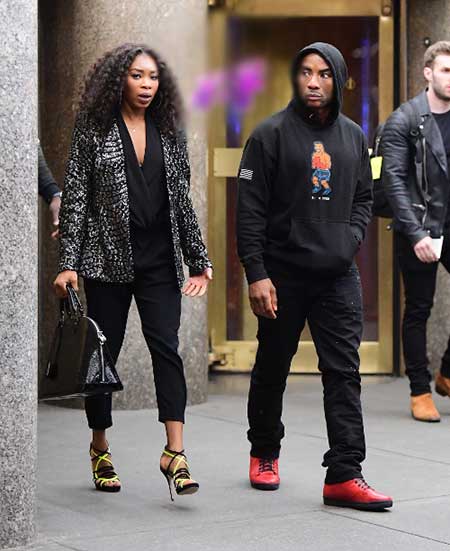 The couple is blessed with two daughters one 9-year-old and the other of 2-year-old. During an interview with XO Necole, he explained his elder daughter convinced him to marry his high school love.

Although they have been together for a long time and living a happy married life, they had some issues with their relationship in the past. According to Charlamagne, both he and Jessica cheated on each other while they were still dating.

Charlamagne and his spouse Gadsden are married for over six years now. The Charleston Carolina native is living a blissful married life with his longterm partner but avoids media attention. God hesitates when it comes to sharing his private life in front of the media.

During an interview with Xo Nicole, in November 2018, CTG revealed that his 7-year-old child convinced him to tie the knot with high school sweetheart. Gadsden once mentioned about his wife on Twitter. Speaking of his personal life speculations, he mentioned how blessed he was that he had a loving wife at home.

Here's an interview with Charlamagne Tha God talking about his married life and wife:

The couple barely makes public appearances, but they were spotted out in NYC on March 2018. Charlamagne and his fitness instructor wife of 4 years have kept their personal life behind the scenes.

He explained the reason to keep his wife and kids out of social media:

"First of all, I’m not raising my kids via social media. I never felt like that was a place for my family to be. I don’t knock anyone who does it, but I don’t want my family on Facebook or Twitter. That’s something I chose not to do. Some of my homies have told me that they wish they would have listened to me and not put their kids on social media because now when they’re out in the streets, strangers recognize their kids."

"We live in a creepy world where people want to take photos with celebrities family members and that doesn’t make sense to me. I see girls taking pics with Drake’s father and that’s just weird to me."

We can say they have a wonderful bonding but they faced some troubles in their relationship in the past. During an interview, The Breakfast Club co-host admitted that he raped his wife the very first time they had sex.

"I’m married to my wife. Me and my wife dated for a whole year, she would not give me no pussy. Me and my wife hung out one Saturday night and she got sloppy drunk and passed out in my momma’s house and I got that pussy. She was f–king me back, and all that, but she was really drunk. I asked her yesterday, ‘Did I rape you the first time we ever had sex?’ And she goes, ‘I mean in hindsight, yeah.'"

Charlamagne “tha God” openly talks about drugging and raping a girl, and then proceeds to laugh about it on his podcast. This is truly terrifying. I have no words pic.twitter.com/5ZmNZGdvis

It was not the first time that he faced rape allegation. As per one of the audio clip surfaced in media, the radio host discussed getting a girl drunk before having sex with her.

As a teenager, he began selling drugs and was arrested for possession of cocaine and marijuana twice in a row.

According to his father, Larry Thomas McKelvey, he was 'a bad kid on the streets of Moncks Corner, S.C.'

"I had to bust him upside his head a lot of times to get him back on the right track. He got in with the wrong crowd and did a lot of crazy stuff."

He arrested for the third time for witnessing a shooting from the back seat of a car. He explained the scenario,

"I was in the back seat of a car and a shooting happened, and so all of us ended up going to jail for it."

"The third time he got locked up, I let him sit there for approximately 41 days. That’s when he called my wife and asked her to please get him out of jail. That’s when I decided ‘Enough is enough. I’ll give him another chance."

After the release, he began attending night school and that's how he got a positive turn in his career. Soon, he received an opportunity to work as a radio intern.

He began hosting The Breakfast Club in 2010 on WWPR-FM in New York City, New York. During his career in the show, he has mentioned that he's highly inspired by TV host and actress Wendy Williams.

He became the cast member of Guy Code, a comedy TV show on MTV2 in November 2011. He worked with  Andrew Schulz in The Brilliant Idiots. He also starred on the MTV2 show Charlamagne & Friends.

Thank You to @colbertlateshow and my South Carolina brethren @stephenathome for having me for a 5th time last night!!! (I’m posting all these pics because all these clothes I’m wearing have been sent back already but when you post them on IG they belong to you forever)

In 2017, he released his first book titled Black Privilege: Opportunity Comes to Those Who Create It. Steven Kurutz of The New York Times gave the most positive review of his creation.

The book peaked on the 6th position in 7th May 2017 and became New York Times best-selling hardback non-fiction.

His interview with comedian Lil Duval took a controversial turn when he joked on 'The Breakfast Club' when he mentioned that he would kill his sex partner if she turned out to be a transgender woman.

There are lots of rape allegations for Charlamagne and some women have come forward to share their story. A woman named Jessica Reid had accused him of raping her when she was 15 and the fans of The Breakfast Club has pleaded to fire him.

Charlamagne himself revealed that the first time he had sex with his wife, he purposely raped her in her drunken state. However, his wife doesn't agree to this and claims she was also equally involved and wasn't fully passed out.

After his reveal, many people have started to believe that all the rape allegations over him and true.

The statement was, of course, very difficult to digest for people of the Trans community. During an event in Pasadena when Charlamagne was speaking, advocates for transgender people shouted at him saying,

Elle Hearns and Raquel Willis the trans activists urged the show to be canceled or boycotted.