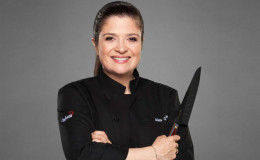 Passion for food comes so easily for the celebrity and executive chef Alex Guarnaschelli; how can her personal life be away from the professional one. Guarnaschelli meeting the future life partner at the workplace itself.

Celebrity and executive chef Alexandra Guarnaschelli never thought that his passion for food would one day make him meet the love of her life and future partner, Brandon Clark.

Guarnaschelli tied the knot to Clark, a personal injury lawyer in the year 2007. She met Brandon in a fish class at the Institute of Culinary Education in New York. 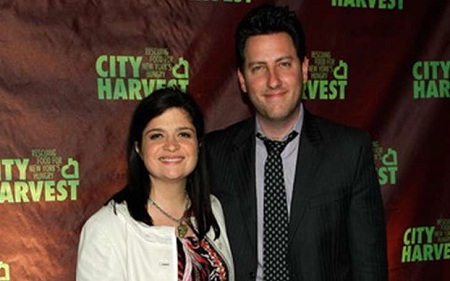 Mr. Clark, the student in the class and a personal injury lawyer in his father's law office in Levittown, N.Y. gave his view about his future wife and said:

"I thought she was hilarious. Some people found her intimidating. I found her funny, playful, exciting and adorable."

Clark was focused on his career and he didn't want to look unprofessional revealing his feelings, so he kept quiet. Remembering those days, Clark explained,

"I didn’t want to mix romance and cooking."

Remembering the past days, she said,

"The cooks in my kitchen were teasing me, ‘Ooh, he likes the chef.' Then I’d go downstairs and shut the door and wonder ‘Does he like me?’"

"I loved that he was thrilled by something that always thrilled me."

Well, things went on the same way and the two finally chose one another for their entire life.

The couple is blessed with an adorable daughter, Ava Clark. Talking about her daughter,

"My daughter is the first thing, sleep is the last, and everything else is sandwiched in between."

"My daughter is interested in cooking, so we'll roll dough together or I'll help her make dinner there." 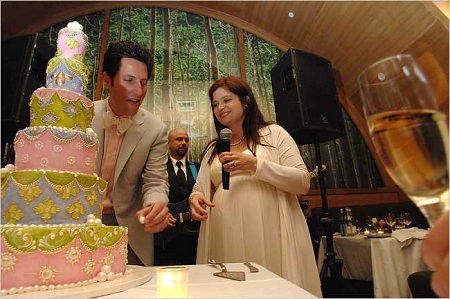 Alex Guarnaschelli with her husband Brandon Clark on their wedding day
Source: The New York Times

The couple has been together for years now but every single fan has the same question in their mind; are they still together or not?

Many sources stated that the two are no more together and have filed for divorce. Still, we cannot assure the matter until they come forward and reveal details about their family matter.

Alex Guarnaschelli: Divorced Or Still Together With Brandon Clark

It's been years since Guarnaschelli and Clark tied the knot. During an interview with New Miami Times in February 2018, she called Clark as her ex-husband.

"I think when my daughter was born, my ex-husband stayed with her more than I did."

Well, the above words simply reflected that she's no more with her husband. Their marital relationship crumbled when Clark was accused of cheating Alex with two other women. As per some reliable sources, the couple quietly divorced back in December 2015 with Alex getting the full custody of her daughter.

Guarnaschelli was initially a competitor on The Food Network's Iron Chef America. In 2011, she competed in the 4th season of The Next Iron Chef and became the third runner-up.

She hosted The Food Network's The Cooking Loft with Alex Guarnaschelli in 2008. She made several appearances as a TV personality on shows like Chopped, All Star Family Cook-off, and The Best Thing I Ever Ate.

In October 2009, her new TV show premiered in the Food Network, Alex's Day Off.

She also became a judge on Food Network's show Food Network Challenge. She appeared as a judge in episode five of Iron Chef Gauntlet.

On 25 November 2015, she made a guest appearance on the Nickelodeon TV show Nicky, Ricky, Dicky & Dawn on the one-hour special "Go Hollywood".

In 2013, she published her first cookbook 'Old-School Comfort Food: The Way I Learned to Cook'. The book includes autobiographical details with some favorite recipes of the star. 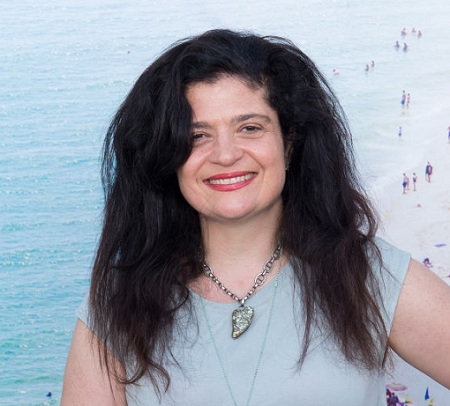