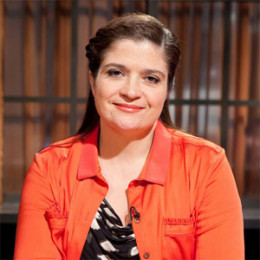 Alex Guarnaschelli is a popular chef who is the host for the shows Alex Day Off and the Cooking Loft aired from Food Network and Cooking Channel. She also works at New York City's Butter restaurant as its executive chef. Her mother is Maria Guarnaschelli, a cookbook editor, and father John Guarnaschelli. She had attended Horace Mann School and graduated from Barnard College in 1991.

Alex Guarnaschelli was born on June 20, 1972, in New York City, NY. She is the daughter of John Gurnaschelli and cookbook editor, Maria Guarnaschelli. She belongs to the white ethnicity and holds an American nationality.

Guarnaschelli completed her graduation from the Barnard College in 1991. Her mother is her inspiration as she influenced her for cooking.

Guarnaschelli began her television career through Food Network's Iron Chef America. In 2011, she became the third runner-up for The Next Iron Chef. Alex was the part of different food reality series.

The 5 ft 4 inches tall chef has earned an impressive net worth from her career as she succeeds to earn $15 million. She hosts the Food Network television show, Alex’s Day Off in 2009 and earned a good sum of amount.  She is also the owner of numerous restaurants.

Guarnaschelli is a married woman, she tied a knot with Brandon Clark, a personal injury lawyer on April 29, 2007. They first met in a class while she was teaching on cooking fishes and eventually fell in love. The duo shared a daughter, Ava Clark  Simone born in September 2007. 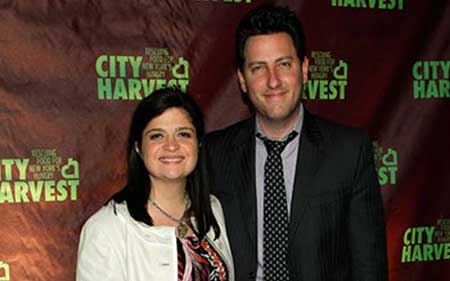 The couple divorced and separated secretly in December 2015. Brandon was accused of cheating Alex with two other women. Alex received the full custody of their daughter. Following the divorce, Alex remained single.

Alex and Brandon started their relation as girl friend and boyfriend after they fall in love with each other meeting in the fish class for the first time. Brandon has been Alex's one and only beau till date. The love relation got the name of husband and wife after they got married. It has been more than 7 years that they are married and are living a very happy and peaceful life. The couple is blessed with a child, a daughter.

Alex became the mother of an adorable daughter, the same year when she got married. Alex and her husband Brandon loves their daughter very much.