American Actor Chris Gethard Married Relationship With Wife Hallie Bulleit; What about his Past Affairs? 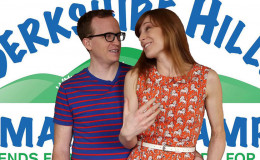 The American actor & comedian, Chris is a well-known figure of Hollywood who came up in the limelight as the host of The Chris Gethard Show. The host of the podcast 'Beautiful Stories From Anonymous People', shares a very delightful married life with his wife.

Today let's take a look at Chris Gethard's married relationship including his dating rumors and past affairs.

The Dictator actor Chris Gethard relish a married relationship with the love of his life for five years now.

After a day of their wedding, Chris took the internet by storm after revealing his married status with Hallie via Twitter.

Since then, the couple never backs off from flaunting their romance through social media. Most recently, on Valentine’s Day, Chris shared a picture of him and his better half wishing a happy Valentine’s Day.

Recommended: American Actor Jensen Ackles and his Wife Danneel Ackles got married in 2010. Know about their family and children

Nevertheless, the romance recently gave a sweet result as Hellie flaunted her big belly announcing that the couple was expecting their first child.

As a matter of fact, Hallie constantly updated their fans on her pregnancy journey on social media with multiple pictures.

Meet our beautiful son, Caleb. We are so in love. #Repost @chrisgeth ??? Hi everyone! Caleb David Gethard showed up eight full days early! Not going to post too many pics of the lil’ guy for public consumption, but wanted to let everyone know that he and his mama are safe and sound. I’ve always thought my wife is the biggest badass I know, but watching her bring this tiny man into the world was hands down by far the most impressive thing I’ve ever seen. I’m mostly going to call this little dude Cal. Acceptable nicknames include Sweet Cal, Baby Cal, Sweet Baby Cal, and of course, Cool Cal. Thanks to all for your well wishes and kindness, and please send your positivity to Cal and Hallie as they recover from the most strenuous and shockingly beautiful process I’ve ever witnessed.

Wanted to wear my snowsuit so bad today, but it no longer zips up over this belly BUT my long underwear is still good to go!! #bundleup #polarvortex2019

Be that as it June, Chris relishes a healthy living marital relationship with his wife. There is no controversy or any extramarital affairs that may hinder the pair's chemistry.

The host of The Chris Gethard Show

Chris is the host of 'The Chris Gethard Show', his own talk show that aired in New York City public-access and later streamed throughout the world on his website.

Tonight I'm on @colbertlateshow and @stephenathome forced me to do physical workouts like the stern taskmaster he is.

In 2009, the show began with a live piece held at the Upright Citizens Brigade Theater. After that, he went to LA to grab a network association for the show but ended up returning to New York.

Also, Read: American actor Will Estes, 38, is still single: No girlfriend or a wife: Rumored to be a gay

The Don't Think Twice star admits that he wanted his show to look rather cheap as he never expected it to become a hit. But looks like fate had something else in store for him as the show went on to become successful and garnered a large number of audience, scattered all over the country.

You May Like: Paris Hilton Got Engaged To Chris Zylka With Her Dream Diamond Worth $2 Million. Details In Pictures!

In addition, he hired a kickboxer to punch him, given the fact that he failed to answer a few questions about his friends. The show is helluva fun to watch! 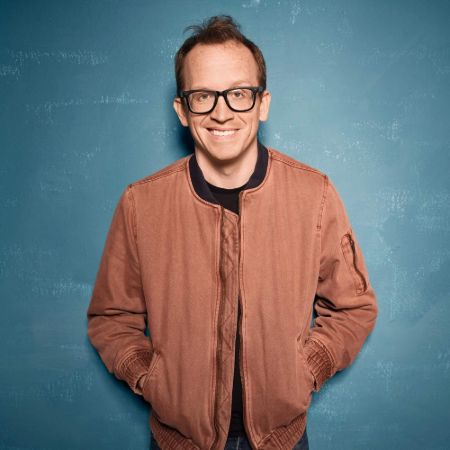