Sean Faris, who's been open about his romantic relationship finally walked on the aisle with his girlfriend Cheri Daly. They married in a surprise event at the Burning Man Festival.

The American actor and model Sean Faris; breaking the hearts of many girls got married to his girlfriend of two years Cherie Daly in an intimate ceremony.

It is almost two months since they started their life as a husband and wife together. So, how the love story first started? How is the couple's relationship going on? Find out here!!!!

The First Meeting Of Sean Faris And Cherie Daly

Hollywood's one of the cutest couples Sean and Cherie have been an item since 2015. The duo met on the set of Pretty Little Liars. The American teen drama premiered on 8 June 2010 on ABC Family concluded with the seven seasons on 27 June 2017.

They were attracted to each other since their first meeting and eventually they started dating.

They have always been open about their relationships, and we can see some of their cute posts on Instagram!!!

To my love, ride or die, bae, partner in crime, travel buddy, intergalactic space companion, future wife, and best friend. HAPPY BIRTHDAY BOO!!! I love you with all of my heart! @cheriealexandra ??????

Sean Faris, 35, best known for his roles in Never Back Down and Pretty Little Liars shared announced his wedding on 5 September 2017 that took place in Nevada's temporary 'Black Rock City' the annual art festival.

Sean and his wife Cherie posing for a photo shoot after the wedding | Source: Daily Mail

Sean appeared shirtless flaunting his toned and tattooed physique. On the other hand, his new wife who also starred in Pretty Little Liars wore sizzling wedding lingerie under an open white kaftan accessorized with a chunky gold necklace and cuff.

Accompanied by a closed group of friends, the duo had a beautiful day to remember the rest of their lives.

The newly married couple is head over heels for each other, and it is so adorable to witness.

Looking at the recent Instagram posts of Sean it seems that the lingerie-clad is busy somewhere far from her husband and Sean is missing his lady love so bad.

I miss this goddess I have chosen to adventure through this life on earth with. Soon we will walk again, side by side. My heart yearns to beat alongside yours in rythym with each step we take further into our experience of heaven on earth.

They are undoubtedly relationship goals. 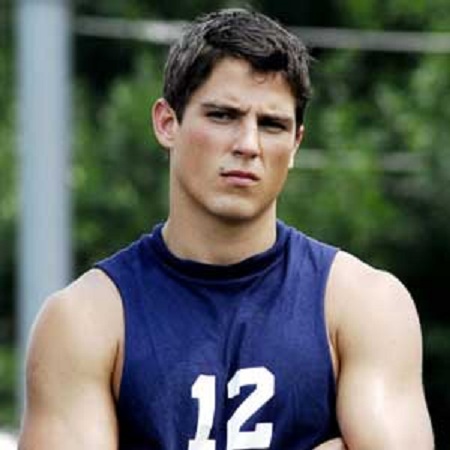