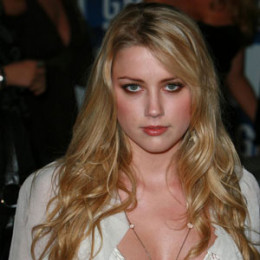 Amber Heard is a very popular American actress and model who got widespread recognition after her roles in the movies The Informers, Zombieland and The Joneses. She is regarded as the sex symbol. Besides, she was married to a famous actor, Johnny Depp but divorced soon.

Amber Heard was born on 22nd April 1986, in Austin, Texas United States. She belongs to white ethnicity and holds an American nationality. She is an American model as well as an actress who debuted in the drama Friday Night Lights along with Billy Bob Thornton. She also played a leading role in All the Boys Love Mandy Lane.

Heard was born to Patricia Paige, an internet researcher & David Clinton Heard a contractor. She has a sister named Whitney. She dropped out of her high school and earned a diploma degree from a home study course.

Heard was cast in numerous episode of The Wb’s Jack & Bobby as Liz. She was also seen playing in the episode of The Mountain as Riley. She appeared as a salesgirl in The O.C. Starring Billy Bob Thornton. 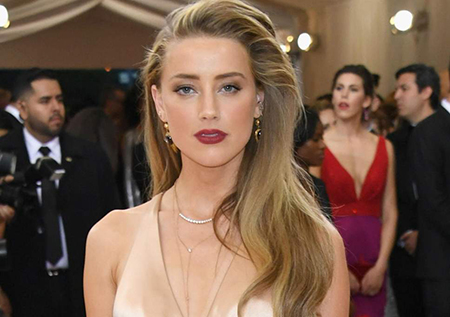 Heard debuted in the movie as Maria in Friday Night Lights which was critically successful. She then starred in an independent horror film Side FX as Shay. She also acted in Price to Pay Drop, Dead Sexy and You Are Here in a supporting role.

Heard was seen in martial arts drama Never Back Down. She then joined the ensemble cast of 2009’s The Informers. She appeared in the horror film The Stepfather.

Heard was also seen playing in the comedy film Ex-Terminator. She acted in The River Why and The Joneses in late 2008. She described her role in the film The Rum Diary as Johnny Depp’s love interest in the October 2009 issue of Teen Vogue. She said that it was the best experience of her life.

Amber Heard is possibly single at the present but previously she dated Tasya van Ree before she met actor Johnny Deep while they were filming The Rum Diary. In 2012 they started dating and subsequently gets married in a private civil ceremony at their home in Los Angeles. Their wedding took place on February 3, 2015.

In 2016, Heard filed a divorce stating she was verbally and physically abusive throughout their relationship. The divorce was finalized in January 2017 and she dismissed the restraining order. Later they issued a joint statement which stated that,

"Their relationship was intensely passionate and at times volatile, but always bound by love. Neither party has made false accusations for financial gain. There was never any intent of physical or emotional harm."

In 2019, Depp filed counter-lawsuit against her accusing her of domestic abuse. In addition, he filed for $50million defamation case.

Heard was also romantically involved with Elon Musk, the duo dated for a year before ending their love life in August 2017.

Amber Heard earned lots of from her career as an actress as well as a singer. As of 2017, her net worth is $14 million. She received $7 million as alumni for her divorce which she promised to donate in 2018 to the American Civil Liberties Union and the Children's Hospital Los Angeles.